Like so many World War II veterans, Carl Chamberlain only discussed his experiences on the front lines a handful of times with his son, Michael. But while so many veterans’ stories have died along with them, Carl left behind a treasure: a visual account of his experiences, captured on black-and-white film.

At first glance, some of the snapshots could be mistaken for those of a tourist. The Roman Colosseum, Italian beaches, and architecture in Pompeii feature prominently. But then, the visual story takes a turn: a picture of a torpedo-shaped munition is labeled “practice bomb” in neat handwriting, and a snapshot appears of two young men sitting on either side of a sign that warns of a dangerous firing zone. Chamberlain, who was 21 and working in Albany when he enlisted, took hundreds of images during the time he served, mixing the daily perils of war with touchingly mundane moments of camaraderie.

After Carl passed in 1993, Michael Chamberlain of Auburn regretted that he had not encouraged his father to tell more stories from World War II. He promised himself he’d catalog the photos and research their background when he retired, which he did in 2018. Michael has since spent untold hours sorting through ephemera Carl left behind.

Carl enlisted in the Army in 1942. Unmarried at the time, he was part of the survey crew on the State Barge Canal. (He met his wife while working for the New York Central Railroad after the war and married in 1947.) Already a dedicated hobbyist in his personal life, Carl dutifully carted his Kodak Duo 620 along with him from place to place—travels that took him as far as North Africa, Italy, and France, among other destinations. Considering the size and weight of a camera and film in 1942, it was no small task.

One particular image that stops Michael in his tracks shows his father standing on a French invasion beach on August 16, 1944, the day after a dangerous landing. Carl began his service in World War II as a member of the 82nd Airborne, 504th Paratroop Infantry Regiment, Company B. The group was an early experiment in delivering men to battle by leaping out of a plane. It was so risky, it paid better than being a pilot—a fact that makes the images’ existence even more unlikely and precious. Michael thinks Carl may have chosen this option in part because of the pay. His father had died when he was 11 and he was the breadwinner for his family.

Despite the constant danger, “He had his camera with him almost all the time,” Michael says. “Some of the stuff is incredible.”

But even though his father’s images are Michael’s prized possessions, he is determined to give them away. He is organizing, digitizing, and donating Carl’s trove of images to the Library of Congress’ Veterans History Project—and by doing so, his family’s personal history has become public. It’s a small, but illuminating piece of the nation’s history plucked from a time when soldiers believed they had to contain and suppress the experiences they had survived.

It’s not easy to let the family treasures move to a new home. But Michael feels it’s important and hopes other families will consider doing the same, partly as a way of honoring the sacrifices people made by going to war. “Their place in history matters,” he says. “They’re the only ones who can tell it.”

Monica Mohindra is the acting director of the Veterans History Project at the Library of Congress. She says collecting war stories and photos helps create a human scale against which to measure a collective experience that can feel incomprehensibly large.

They collect first-person narratives in the form of recorded audio or video interviews conducted by friends and family members, each at least 30 minutes long. They also collect two-dimensional items, such as letters, diaries, memoirs, and—of course—photographs. The project has already collected about 112,000 interviews and documents, and they receive between 200 and 300 more every month. In addition to being a generous gesture, donating documents also ensures they’ll be stored carefully and protected from all-too-common tragedies, from water damage to rodent interference or even just being misplaced.

The collected stories aren’t simply archived for posterity, or allowed to gather metaphorical dust. Instead, the process of compiling and sharing all these stories transforms them into something more.

The Veterans History Project staff curates digitally accessible collections to help make their exhaustive archives more accessible. People use them to do family research, create documentary films, and find inspiration for artistic expression. Some artifacts have made their way to the History Channel and PBS.

“We’ve had instances where collections are interpreted and used for, say, an exhibit or a report,” Mohindra says. “And then that influences a mural being made that helps to further understanding of the story, or choreography being created for a modern dance. The legacy is in the use and reuse and constant generating of understanding that happens.”

As Michael Chamberlain puts it: “History is not something that’s out there. History is something we’re involved in every day.”

Michael still has lots of gaps in what he knows about his father. But being able to place Carl’s experience in the context of tens of thousands of other war stories hints reassuringly at the blanks still left in his story. Michael hopes his contribution will provide the same kinds of insights for others.

“These photos gave me the backstory that made my appreciation of my dad that much deeper. That was a real gift,” he says. “This is about sharing these photographs his father took during World War II with a wider audience. Maybe they see their own fathers or grandfathers—or places their family had been.”

Michael is not finished with his family history. He plans to continue his research, pursuing every detail with a doggedness his relatives say he must have inherited from Carl. “When I get involved in a project I jump into it with both feet,” he says. “People who know me say they see the same trait in him.” 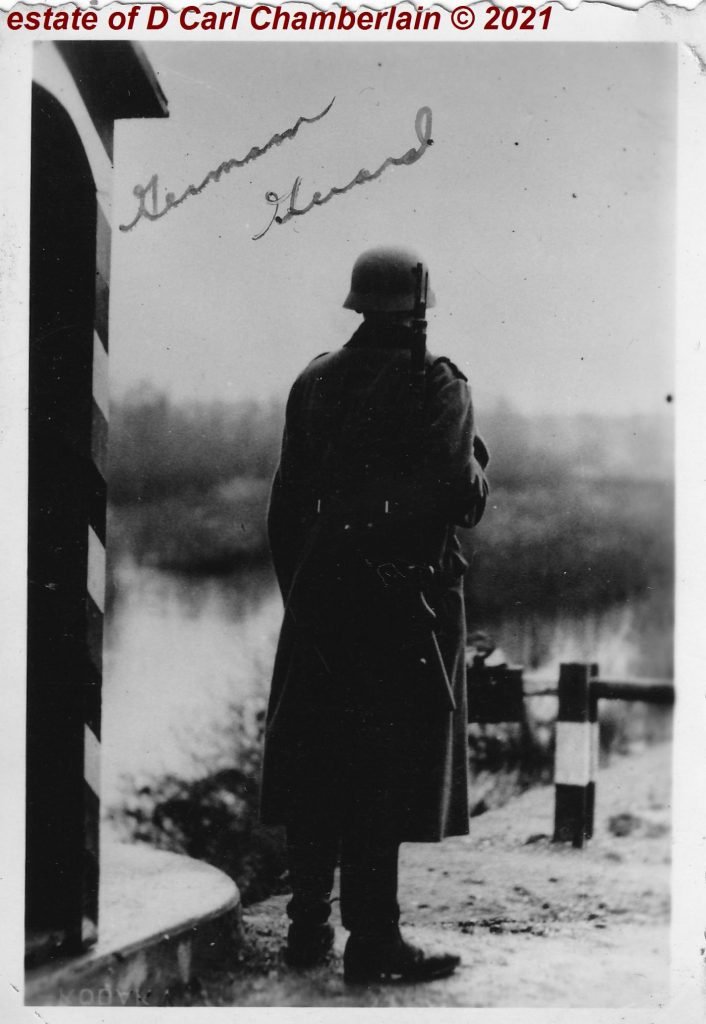 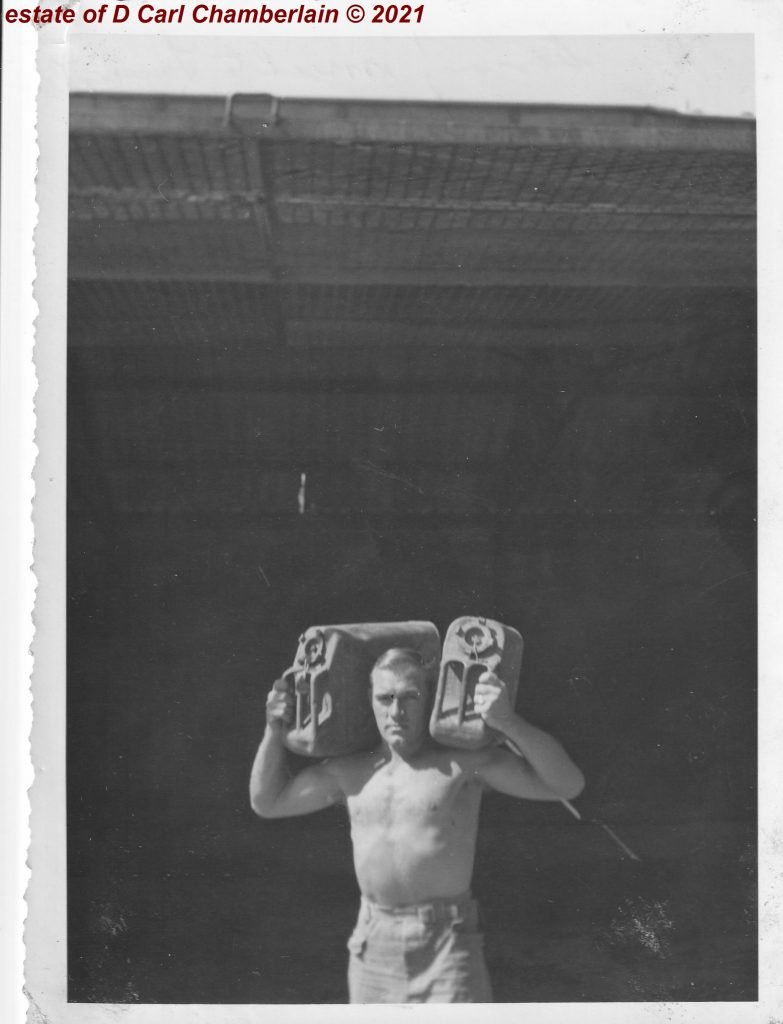 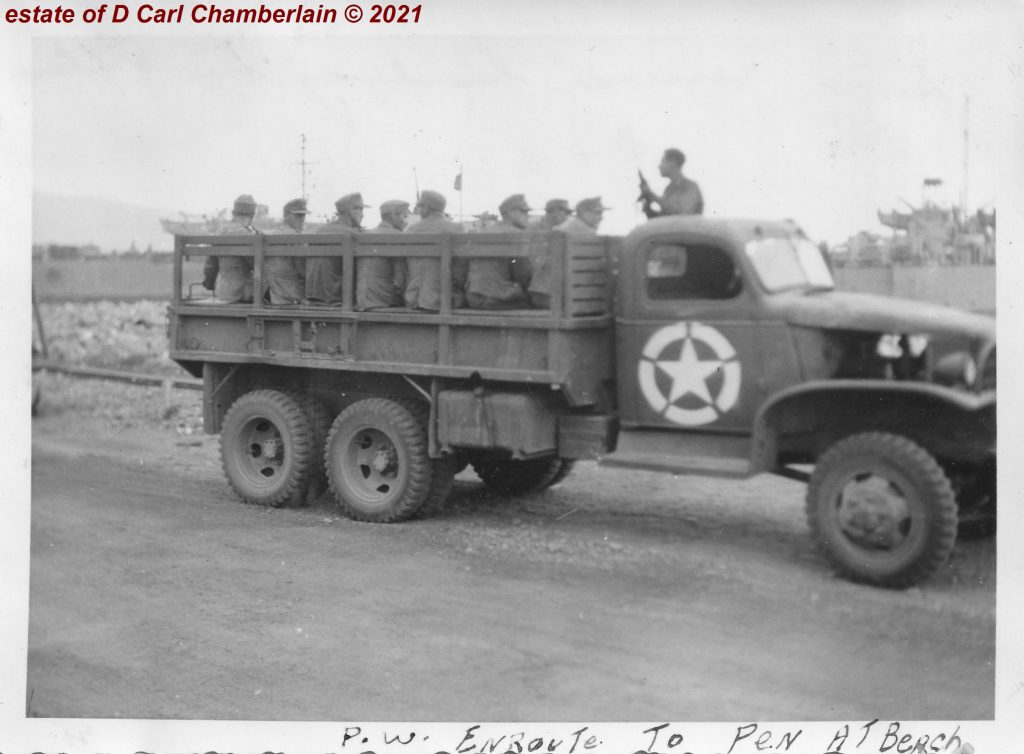 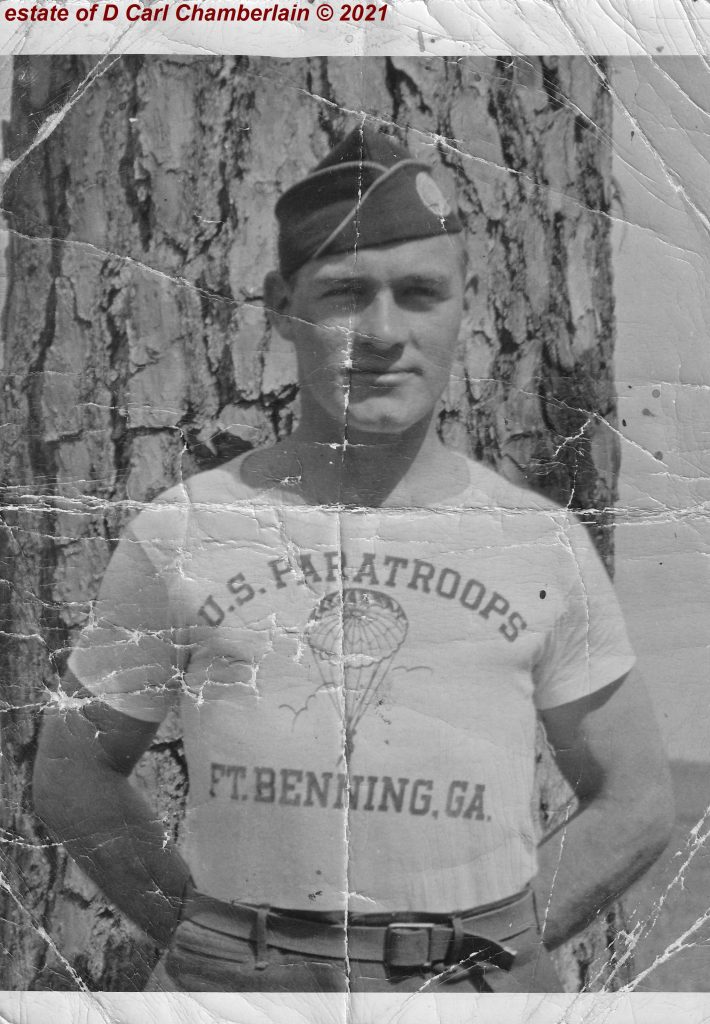 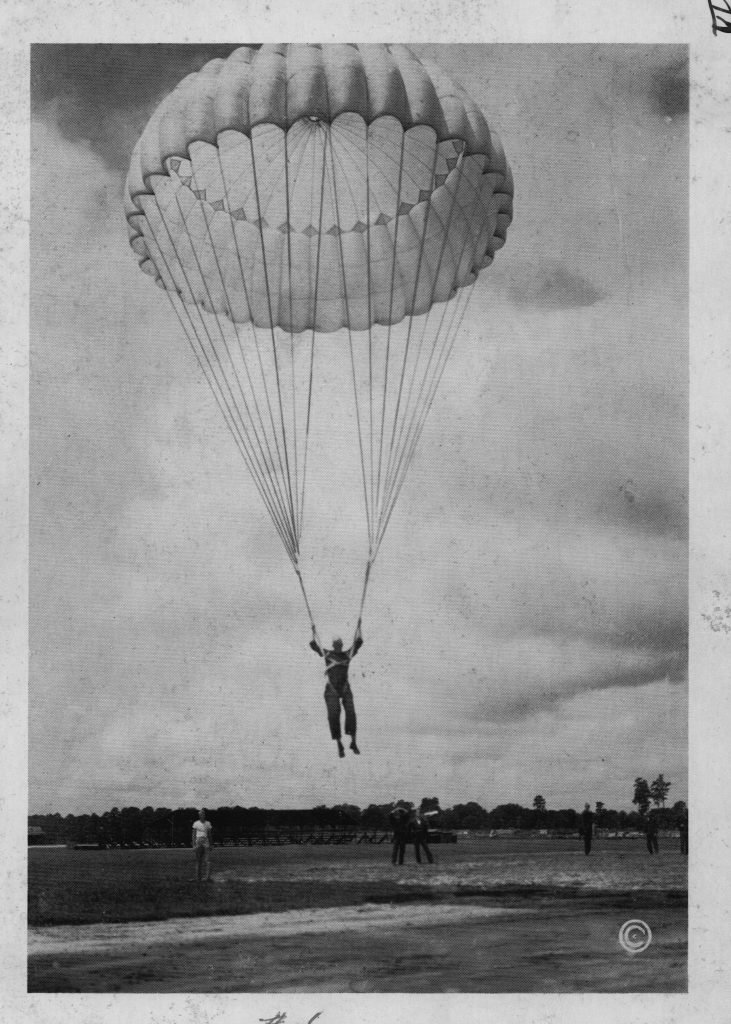 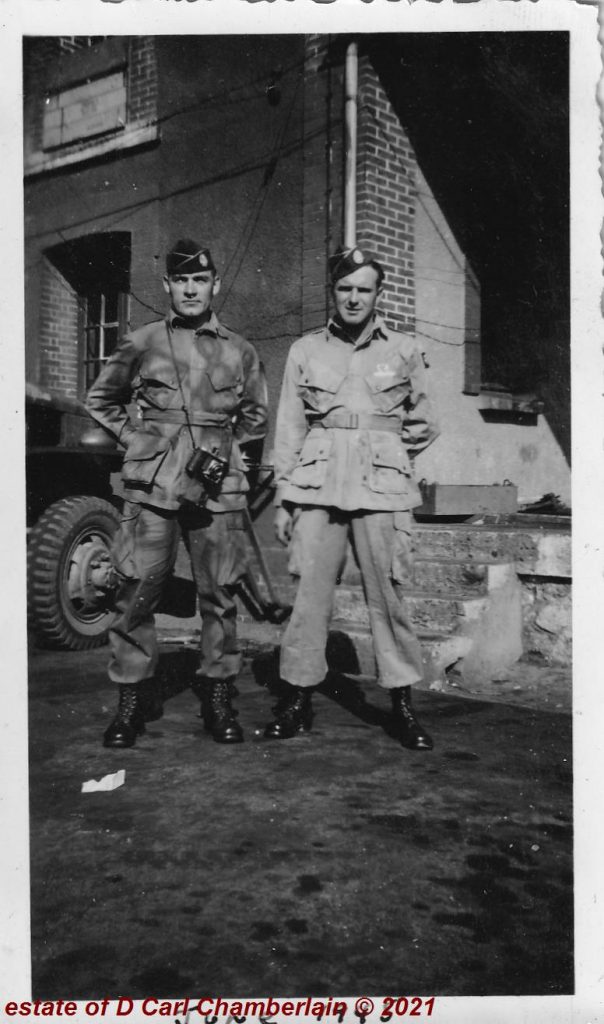 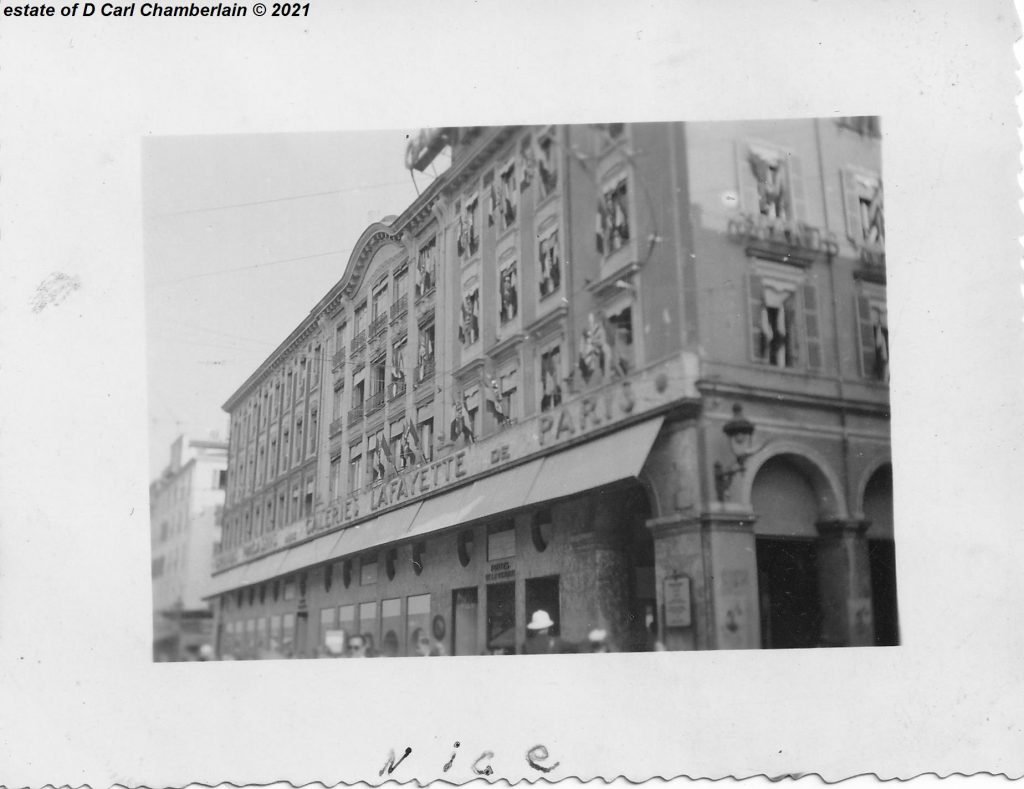 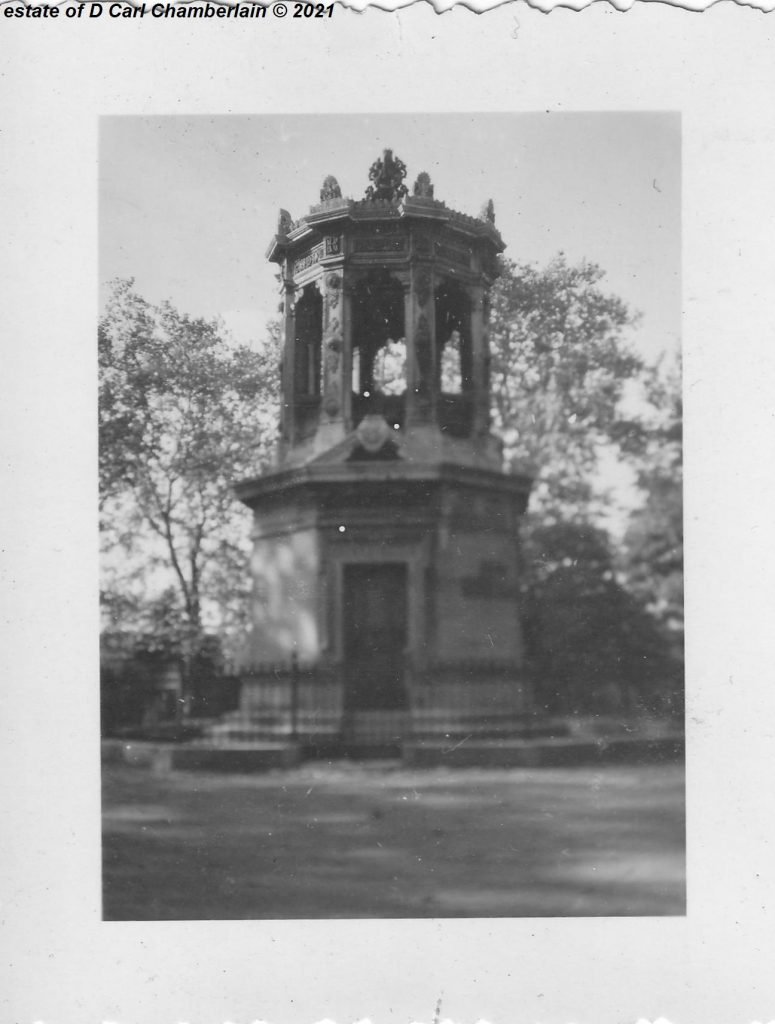 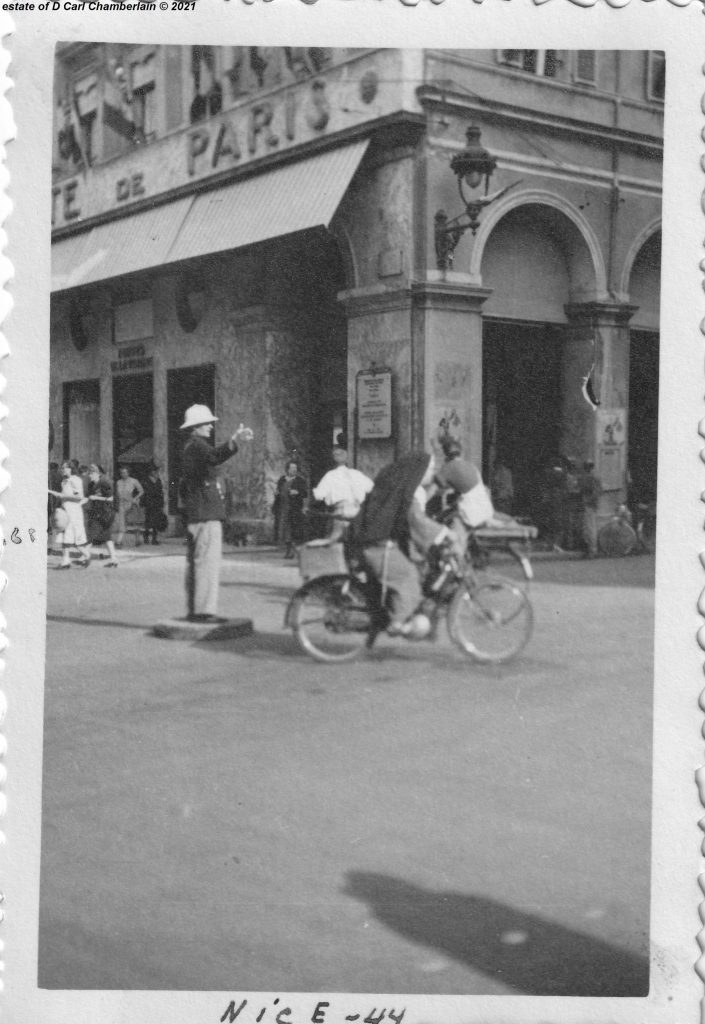 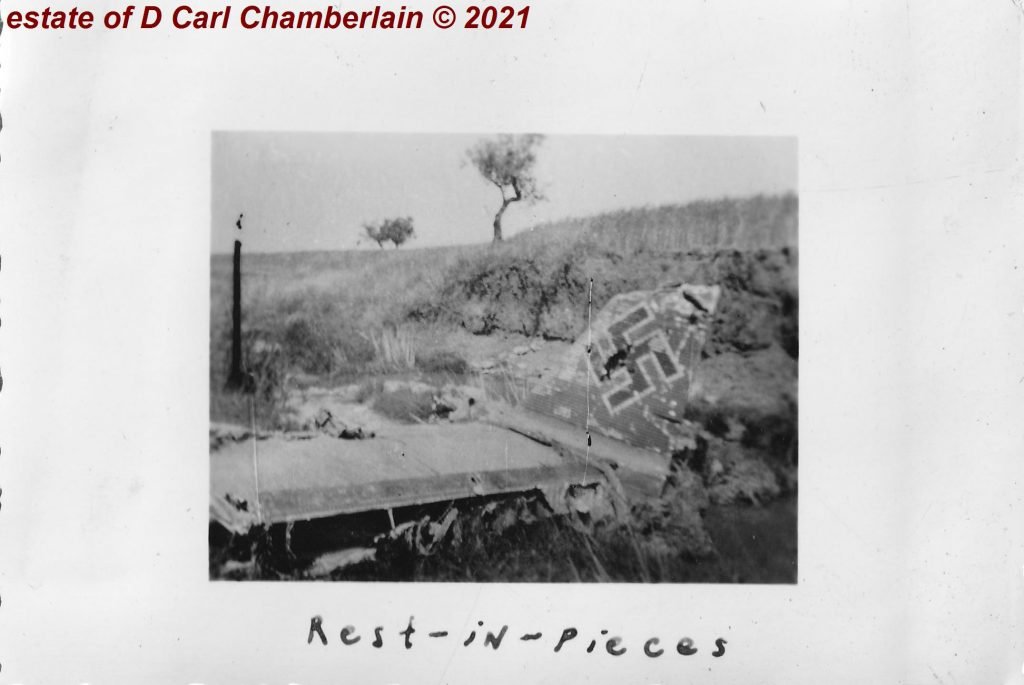 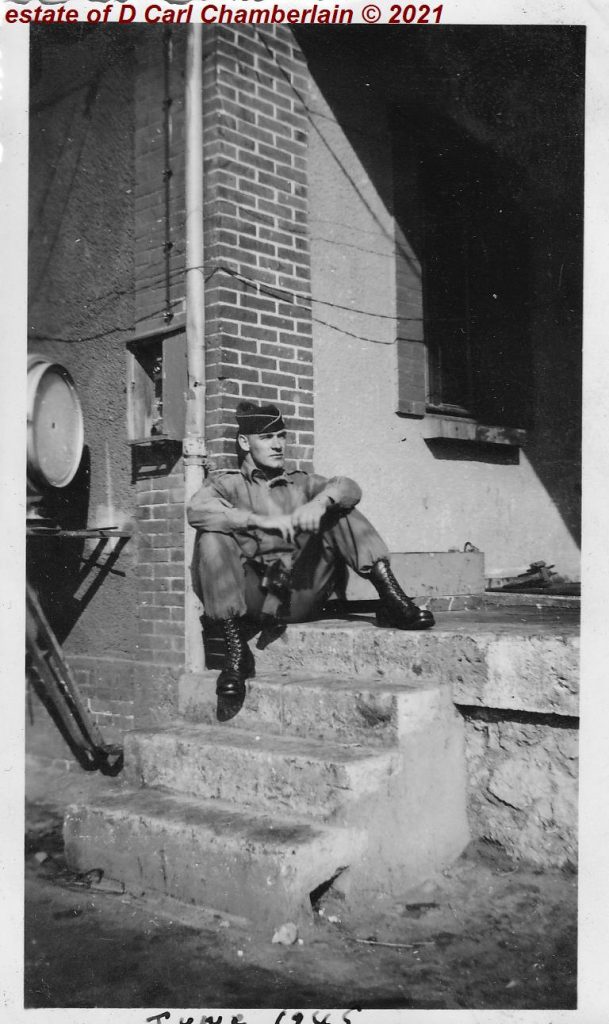 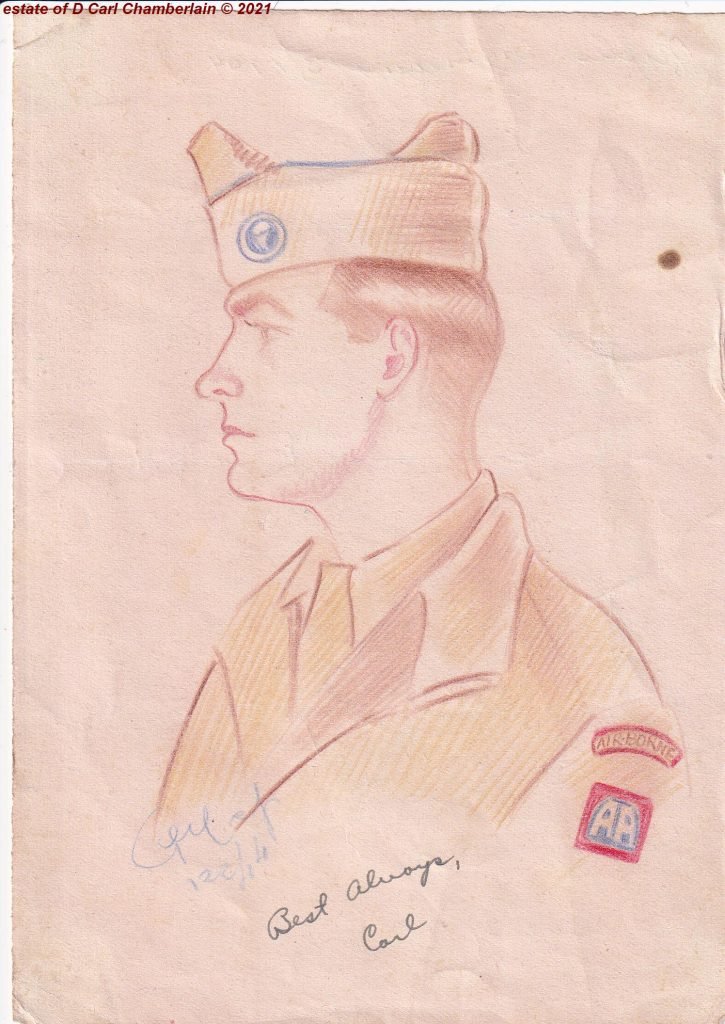 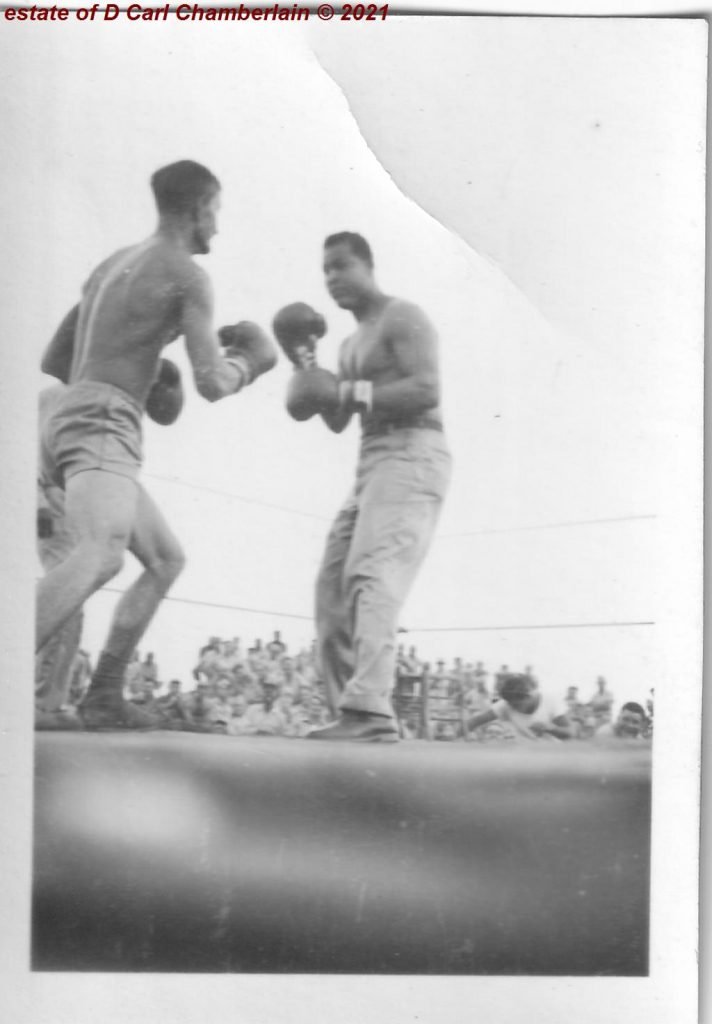 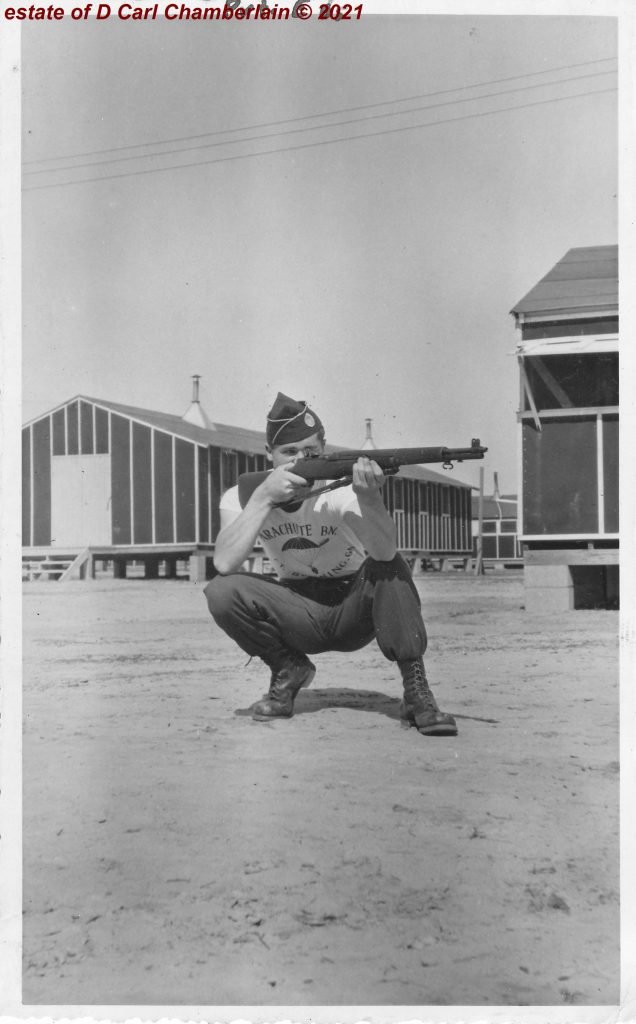 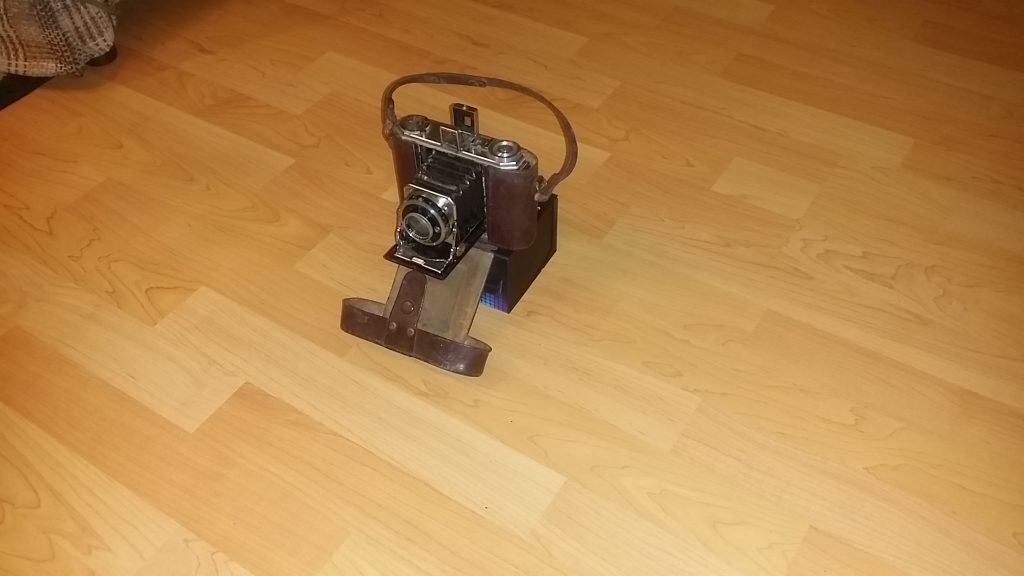 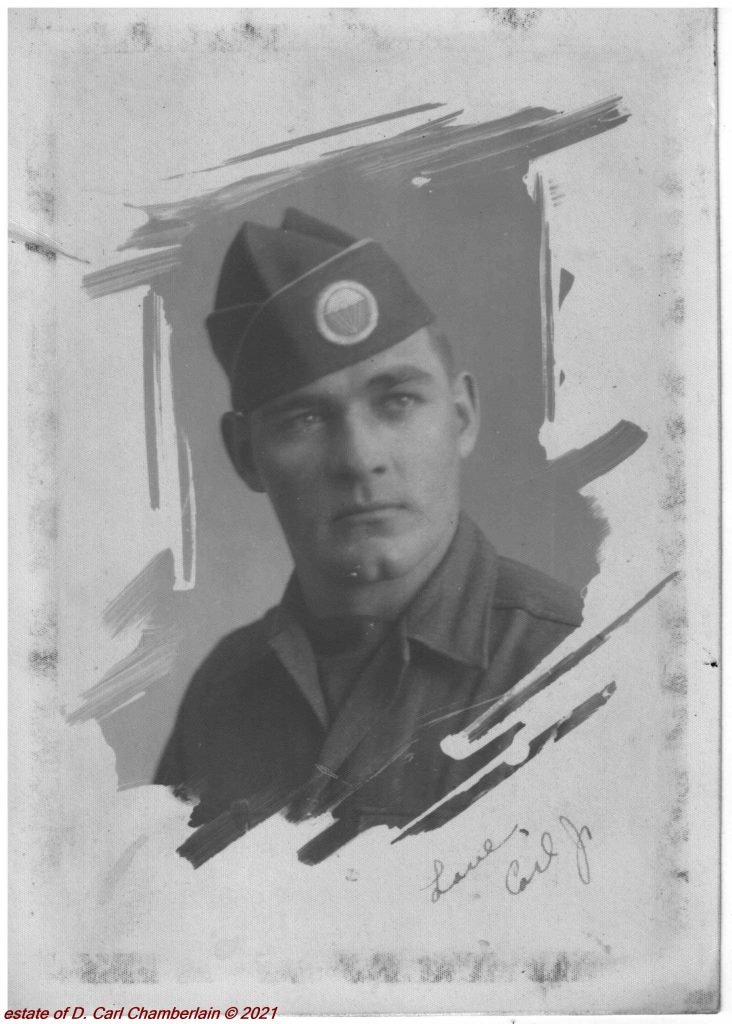 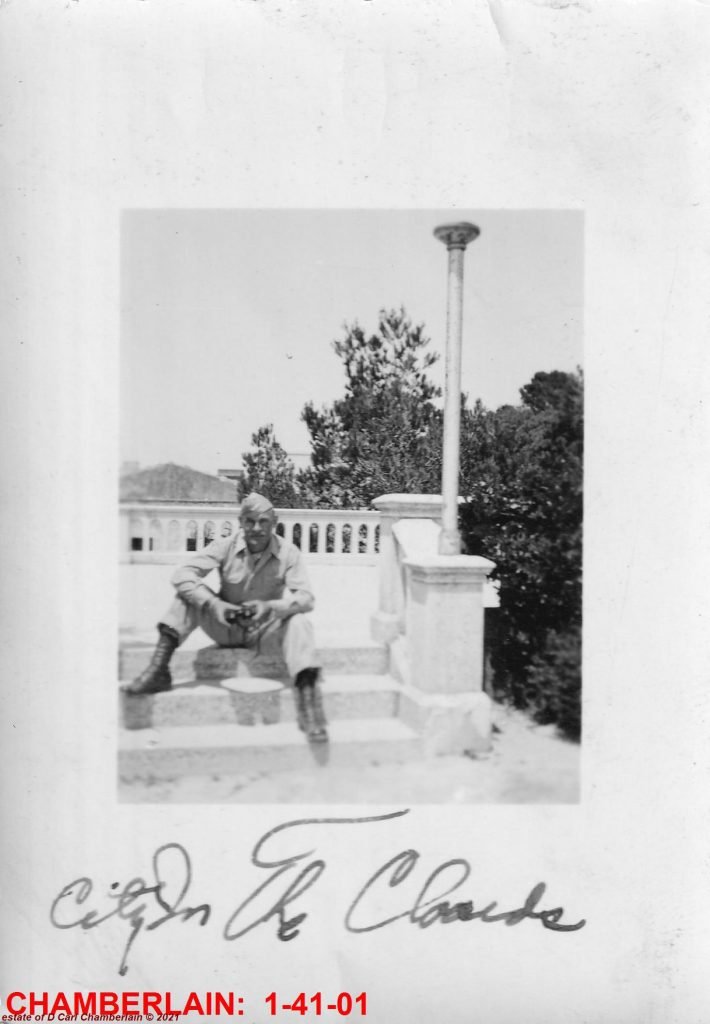 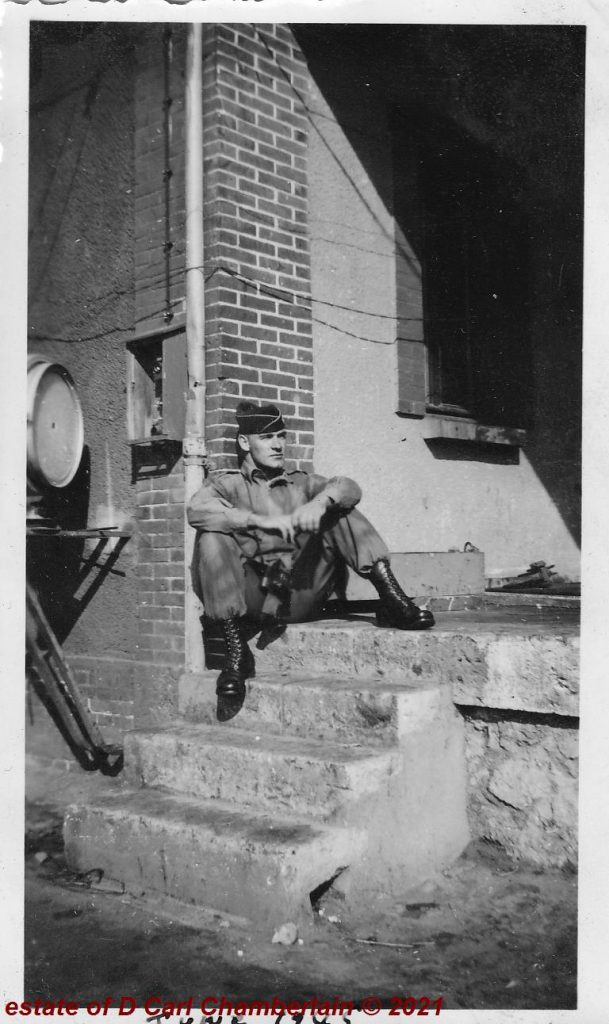 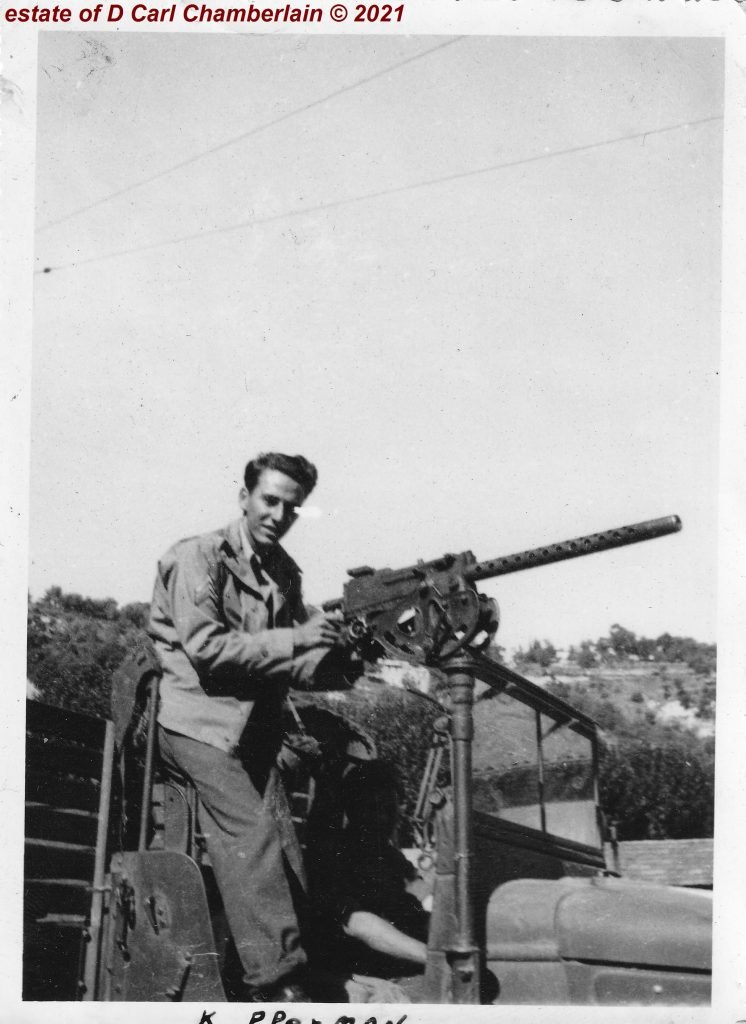 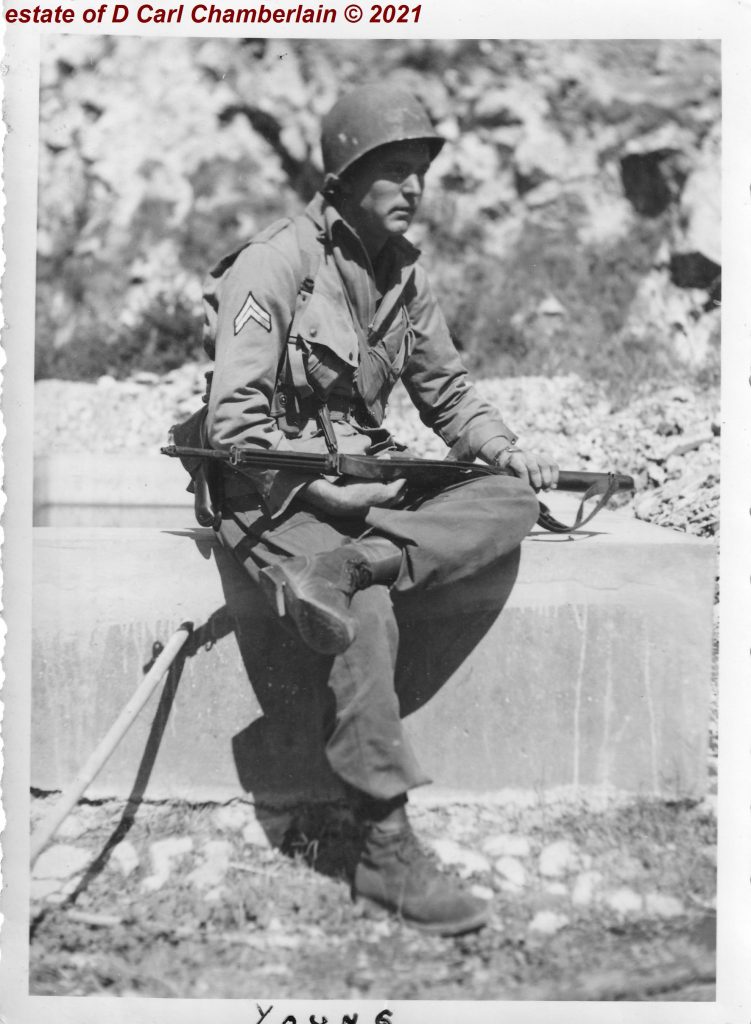 Do you have photos and stories you’d like to share with the Veterans History Project? Visit loc.gov/vets for information on how to get involved.

How to Stay Healthy Over the Holidays