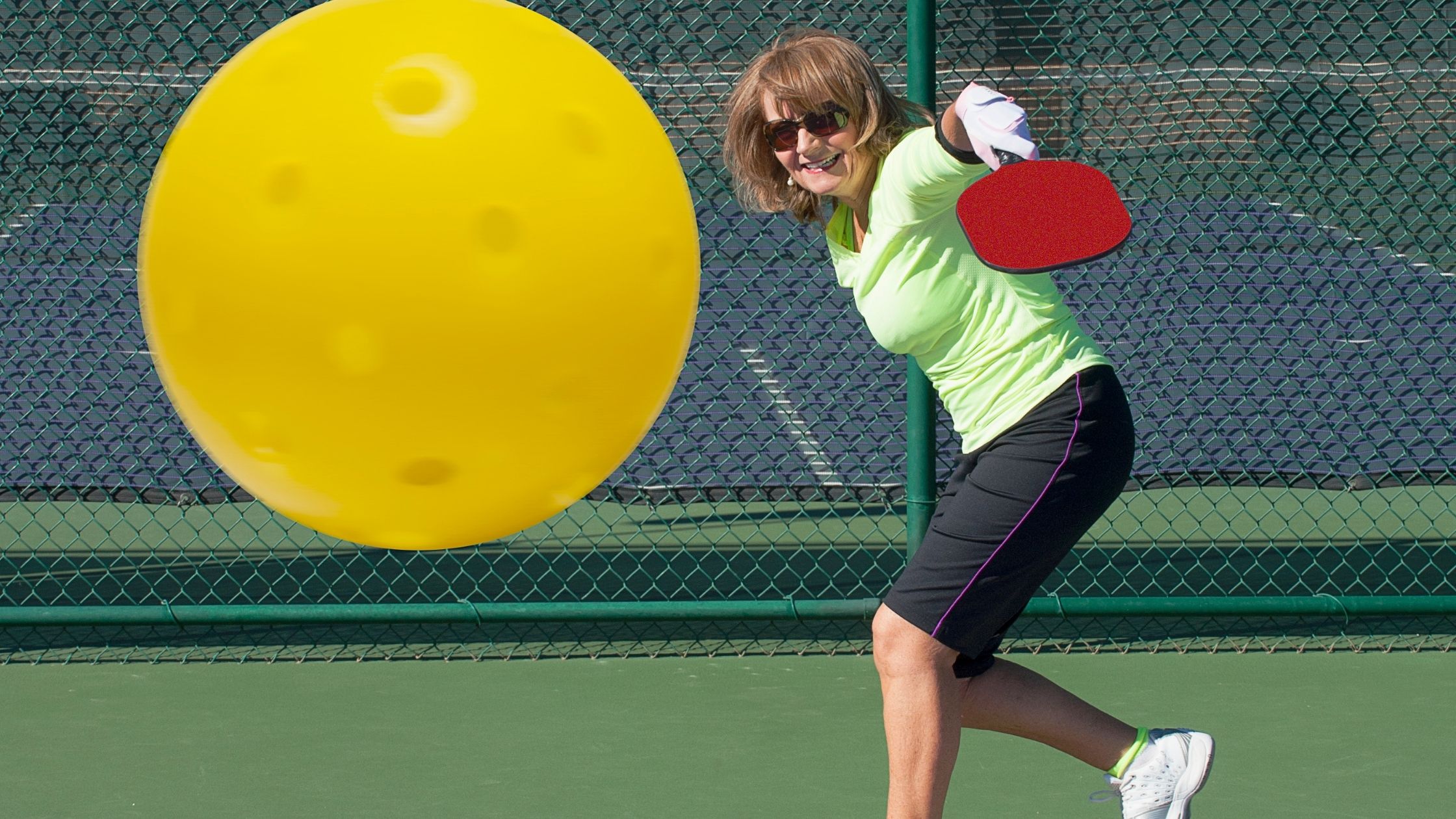 Pickleball is taking over courts indoors and out

Andrea Schnieter says joining a pickleball club was “the best decision I’ve made since retiring.”

A resident of Latham, Schnieter joined the growing ranks of individuals who have turned to perhaps the fastest growing recreational sport in the country. According to the U.S. Pickleball Association, the sport grew in 2020 to 4.2 million players in the U.S., up 21.3 percent from 2019. The average age for core players is 47.5 and casual players 33.6, with 60 percent of core players 55 or older.

“The social aspect is what originally attracted me,” says Schnieter. “I played racquetball in my 20s and 30s and then kids came along. Pickleball is terrific and for people in their 50s and up, it offers an instant network of friends, a great way to work out six to 10 hours a week, and phenomenal health benefits.”

Schnieter plays with the Colonie Pickleball Club and her primary place to play is Milton Pocket Park which has four dedicated pickleball courts.

A pickleball court is 20-feet-by-44-feet compared to tennis courts, which are 60 feet wide, and 120 feet long. The net is hung at 36 inches at the ends and 34 inches in the middle. A non-volley zone extends seven feet back from the net on each side, commonly called “the kitchen.” The game is played with a perforated plastic ball and composite or wooden paddles about twice the size of ping-pong paddles. It can be played indoors or outdoors.

The five basic rules of pickleball—games of which can consist of singles or doubles—are that the ball must stay inbounds, there should be one bounce per side, serving must be done at the baseline, the serve can’t land in the no-volley zone, and the game ends at 11, 15, or 21 points. There are minor rules, including one in which the ball can’t bounce twice.

According to the USA Pickleball Association, the game with the silly name (no one really knows where it came from) was invented in 1965 on Bainbridge Island near Seattle, Wash., by three dads—Joel Pritchard, Bill Bell, and Barney McCallum. Their children were bored with their usual summertime activities.

Colleen Springborn runs pickleball leagues for the Capital District YMCA in Clifton Park on Saturdays. She also teaches the game at the Y on Tuesdays and Thursdays and, she says, “people keep coming.” She also helps manage a Facebook page—Pickleball of the Capital District—that has over 550 members. She has been playing herself for about 10 years.

“The game is easy to learn, has a smaller court size, is a very social game, anyone can play and it is competitive. Most players I see are in their 60s and 70s with some people in their 50s picking up the game. We even have an 87-year-old gentleman that plays with us.”

Ron Kuhl, owner of The Hockey Hut in Clifton Park, picked up on the popularity of the sport and decided he would jump into the action. “We now have three pickleball courts that we installed this year. We have between eight and 12 people using them each day and they are mainly 50-and-up years of age. We have a unique facility that becomes an ice rink from December 1 through March 20 and then it is pickleball the rest of the year.”

Andy Rumpelt of Albany has been playing the sport for about four years. “When I first heard of pickleball from my older sister who said I’d like it and should try it, I thought it sounded like some made-up game by a guy and had a small following. I met some people, pickleball came up and I was invited to join them to try it.

“I’m 58 and was looking for a game I could enjoy, have fun, and get some exercise. I became hooked,” he adds. “After a brief year off from COVID, I’m back playing pickleball and having more fun than ever because, although I’m competitive, the social aspect is just as important to me at this stage in my life.”

Greg Diedrick of Cohoes plays pickleball at Impact Athletics in Halfmoon where he helped start a league and drop-in play. “When my friend first introduced me to pickleball, I really only did it because it was a sport, but I got hooked. It’s low impact, tactical, but can get moving fast. Anyone can play and excel and adjust their game to their own limits. I’ve played doubles where I and a very athletic friend lost to two women both in their 60s and then the next game we beat two guys in their 20s who’ve been playing for much longer than us.”

Diedrick says the game attracts a mix of ages. “Everywhere I go it’s men and women and everyone plays with everyone. I travel all around the Capital District to play. The crowd definitely tends to trend towards people in their 40s and 50s. I’ve played with people in their 60s and have even played with a guy in his 70s. You’re beginning to see more people in their 20s and 30s come around now. Generally, if you can get someone on a court to try it they’re going to keep coming back.”

“There is so much that is attractive to pickleball,” says Gina Family, a certified paddleball instructor who lives in Clifton Park. “It is so much fun. Once people put a paddle in their hand and start hitting the ball, they get this huge smile on their face.”

One of the great things about pickleball is its low start-up costs. Here’s what you will need to play pickleball once you find a court and some friends to play with.

Here are just some of the places where you can play pickleball in the Capital District: