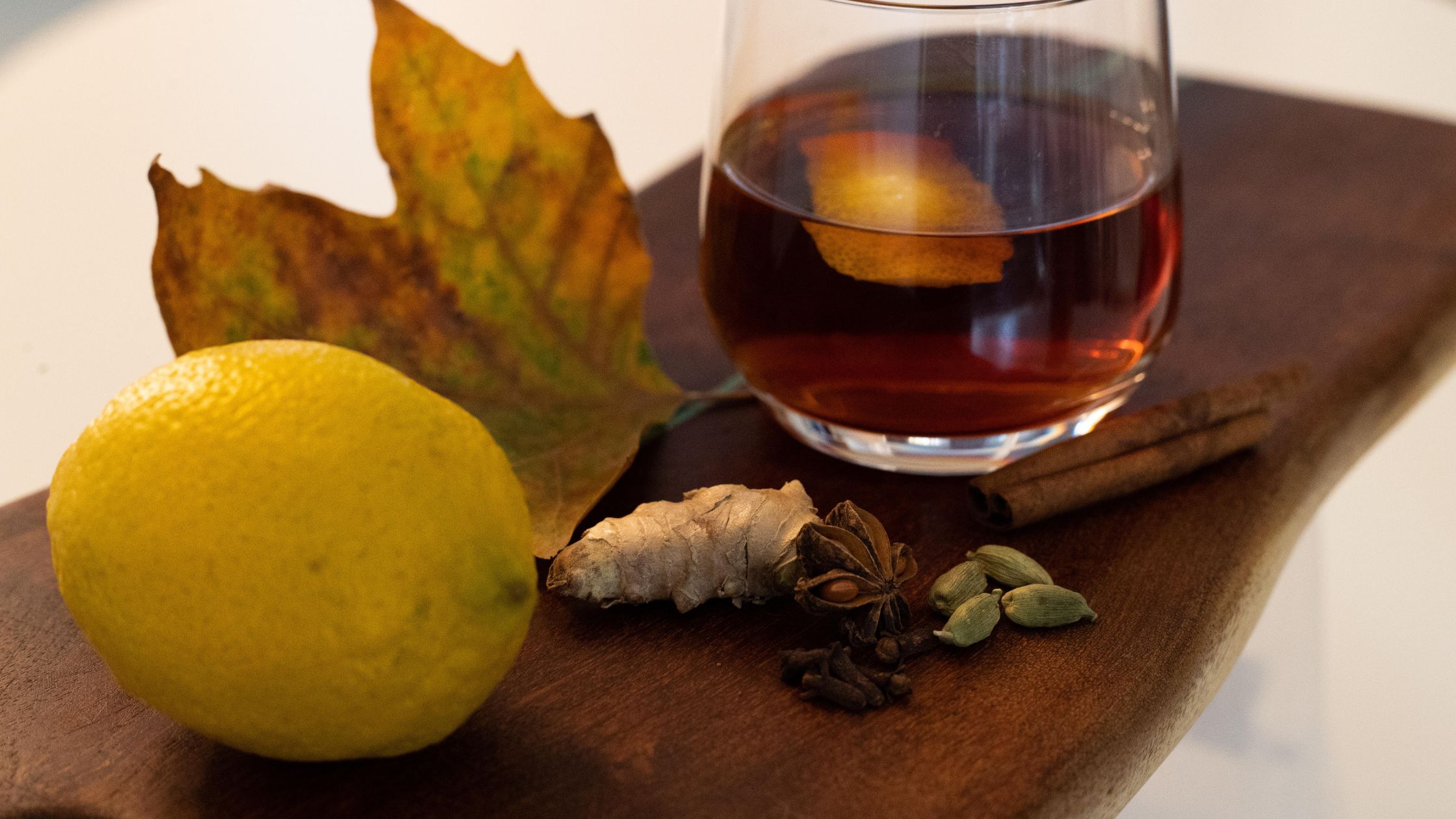 The perfect drink for a cold weather night

My first hot toddy was served to me on a winter night in an unceremonious mug containing hot water, Evan Williams bourbon and a squeeze of bar-top lemon. I’m not telling you this for sentimental reasons. I’m establishing that a hot toddy can be many things, and even in its most stripped-down form, it is so ultimately craveable.

We do have some consensus on the basic ingredients that make a hot toddy a hot toddy: hot liquid, strong dark-colored spirit, spices, and citrus. But what is the best—nay, perfect—combination of these things? It’s all about what you like.

The hot toddy originated in British-occupied India in the 1610s. The word “toddy” comes from the Hindi word “taddy,” which, according to Douglas Harper’s Etymology Dictionary, translates as “a drink made with fermented palm sap.” Eventually, it evolved to be defined as an alcoholic drink made with hot water, spices, and sugar.

These days, hot toddies are thought to be a balm for winter illness or maybe a sleepy fireplace nightcap. Either way, they’re pretty much synonymous with “cozy.”

We talked to two mixologists in the region—Rhys Bufford, head bartender at Wm. Farmer and Sons in Hudson, and Amanda Baker, bar manager at Nighthawks in Troy—and each had fairly different, but equally tasty, approaches to the drink.

“We make our hot toddies using fresh-squeezed lemon juice and house-made honey syrup,” Bufford says. They offer a choice of bourbon, rye, or Scotch, and they garnish the drink with a lemon wedge and grated cinnamon.

“I generally suggest using good-quality spirits, without breaking the bank,” Bufford says. “It’s helpful to keep the proof on the lower end, as heat increases our perception of alcohol. Save the bottled-in-bond and cask-strength expressions for sipping or cold cocktails.”

Baker has a different take: “This would be a good use for high-proof spirits,” she says. “They often have more intense flavors that stand up well in a hot toddy. Because the water dilution is much higher than a typical cocktail, weaker spirits can get lost. Also, chai spices tend to be very strong and can benefit from a high-proof spirit for the same reason.”

Both are strong arguments. Pick your poison.

At Nighthawks, hot toddies are made with tea and chai syrup, allowing a more robust flavor of spices.

*Chai syrup, according to the Spruce Eats food blog, is a simple syrup made with chai spices like ginger, cinnamon, cloves, cardamom, and black pepper, but can also include other aromatic spices, like fennel, coriander seeds, and vanilla.

Bring water to just below a boil, then steep tea to your liking. Add whiskey, syrup, honey, and a squeeze of lemon. Garnish with a cinnamon stick. Enjoy!

Combine ingredients in a heatproof mug. Add hot water. Grate cinnamon over the top and garnish with a lemon wedge.