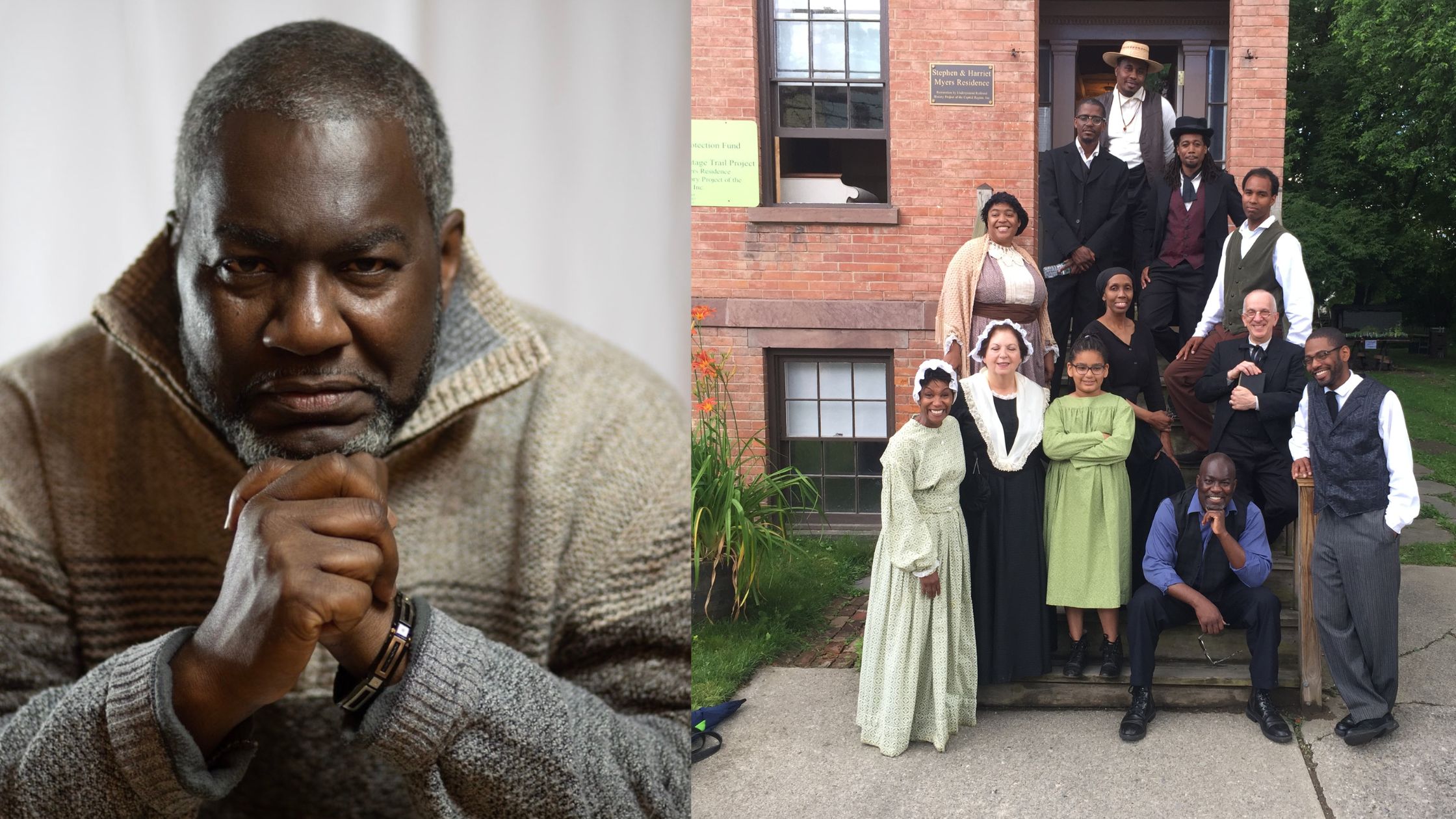 Jean-Remy Monnay, 59, has held many roles over the years: HR representative, actor, director, and producer, to name a few. He has appeared in over 200 plays, films, and commercials, and he’s been in a documentary on the History Channel. He’s also directed a slew of critically acclaimed plays with his company, the Black Theatre Troupe of Upstate New York.

But Monnay’s true calling — the passion that gets him out of bed on cold and snowy mornings in Albany — is education. Not education in the conventional sense of the word, which summons images of textbooks and uncomfortable desks, but the kind of education that happens when someone’s eyes are opened to new or uncomfortable realities. In particular, Monnay is passionate about teaching people what it means to be Black in our country and telling the stories that don’t get told on the broader stage. 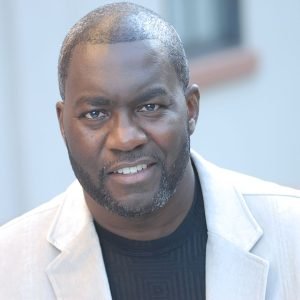 Monnay started acting in his school’s drama program when he was 9, and discovered that he had a real penchant for the dramatic arts. Born and raised in Haiti under the corrupt rule of Dr. Francois Duvalier and then his son Jean-Claude Duvalier, Monnay saw terrible events happening around him and felt powerless. To speak against the government was a dangerous and scary move but something that Monnay felt compelled to do nonetheless. Even while living under these oppressive regimes, as a young man Monnay realized that he could shape his performances to speak out on the issues he saw around him.

“[The urgency to address oppression] was always there. Not just in this country [USA], but it was always there even where I came from,” he says. “In Haiti it was the oppression of the dictatorship, where you weren’t free to say things or talk against the government. My acting in Haiti was all about doing things and fighting for those who couldn’t speak.” 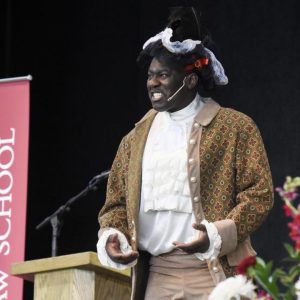 When he came to America at the age of 19, Monnay wanted to continue using the stage to give a voice to the powerless. Although it was necessary to get a “day job” as a human resources officer for the State of New York, he started taking small parts and performing just about whatever role he could get just to “get himself out there.” Initially, he found success with a Haitian Theater Troupe that traveled to places like Montreal with large French and Creole-speaking communities. But Monnay started to get frustrated by the language barrier and how his heavily accented English was limiting his options. In 1997 he moved from Brooklyn to the Capital Region and eventually enrolled in the Schenectady Community College to study the performing arts in English.

What’s In A Name? 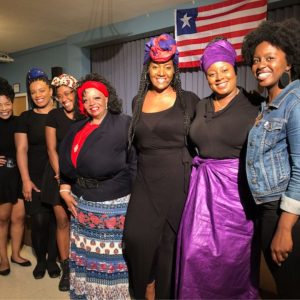 By 2009 Monnay was working a lot as an actor — which was great — but he realized that part of the reason was because he was one of only three or four black actors in the area. The dearth of BIPOC [Black, Indigenous, and People of Color] actors, and the shortage of roles deemed appropriate by society at large began eating away at him. He wanted to bring more people of color onto the local stage and knew the only way to do that was to create more opportunities. As a result, Monnay started Soul Rebel Performance Troupe specifically to give Black actors more chances to perform. His hope was that once they were established, he could produce the kind of work he really wanted to do.

The group’s name was not Monnay’s ideal choice. “We wanted to call it something ‘Black’ at first, but because of racism or because I wasn’t brave enough, or because I thought that maybe the upstate Capital Region of New York wasn’t ready to have a theater company called ‘Black something’ […] we called it Soul Rebel [instead].”

But in 2018, when he retired and was finally able to devote all of his attention to the theater company, he decided to change the name to what he had always wanted to call it. He remembers reaching out to his friend Nate Jacobs, the director of the Westcoast Black Theatre Troupe in Sarasota, Florida. Jacobs told him that when he was starting out everyone was telling him he was so talented, he should get his own company going, but when he showed up at the initial meeting, all the white people sitting around the table rejected his idea for the name, saying “No! No! You can’t call it that in Sarasota!” Those people all had a list of names they thought he should use. But he kept the name, and his first production under WCBTT had an all-Black cast and a 95% white audience.

“I wasn’t brave enough to call it [Black Theater Troupe] in 2009, but I had to learn. I got wiser. Braver,” Monnay says.

“You have to be brave to do what you want to do — what you have to do — if you’re not brave enough to believe in yourself things will never change.”

That said, things aren’t all sunshine and rainbows yet. “Even now, I have people giving me stickers that say Black Theater Troupe but I’m afraid to put them on my car, because I’m afraid people will break into it or something.” 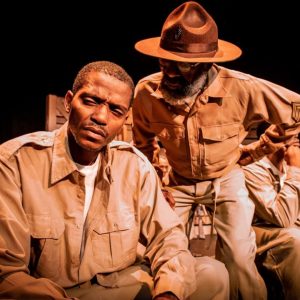 Over the last 12 years Monnay has made the shift from acting to focusing more on directing and producing. In 2013 BTTUNY put on its first major production, Camp Logan. Camp Logan is a compelling play that portrays events surrounding the 1917 Houston Riots, the aftermath of which is considered one of the most controversial instances of racial bias in military history. Monnay often chooses plays with a specific purpose in mind: to educate people about racism while remaining positive and bringing people together.

“Most of the audiences have been white over the years, which is even better for me, because this is where I’m trying to reach. Educate the Black and BIPOC, but also educate the oppressor,” Monnay says. “The more people see [all BIPOC casts], the more it becomes a normal thing. The more it becomes normal, the more things change. Let them see it, bring it on stage, and that’s how I educate people.” 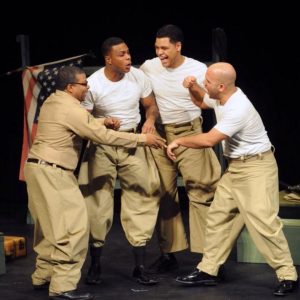 Because Monnay’s play selections often raise awareness about harsh realities, he likes to have “talk-back” sessions, where the audience can ask questions and discuss the play’s themes. While he’s seen a few people walk out of the theater during a play, for the most part, people say they’re thankful for the opportunity to learn and expand their horizons.

“If you get offended then you’re not ready to be educated. […] If it strikes a chord in general it’s a good one, and they may feel uncomfortable but they’ll go home and talk to their kids or their husbands and educate them. I don’t want you to just learn it and keep it to yourself. Go out there and teach someone else.” 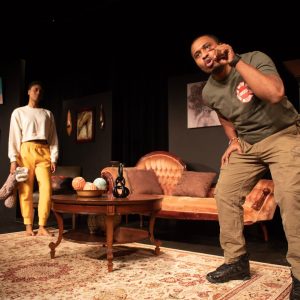 Monnay is also devoted to getting more people of color onto the stage, and not just because it can help normalize more diverse casting choices. He is grateful to those who gave him a chance when he was just starting out, and he wants to give the same opportunity to people who may not even realize that theater is something that is open to them.

“People gave me chances so now I need to do the same, for others who haven’t had the chance or opportunity. That’s the whole reason I started the theater company.” He says one of his favorite things is when he’s talking to someone he sees in the course of a normal day, like a grocery store cashier, and they express an interest in what he does and the next thing he knows, they’re up on stage in one of his plays. 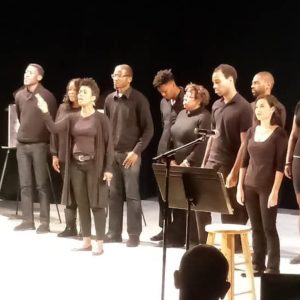 One of Monnay’s most visible recent projects was the 8:46 Project he helped produce in 2020. Spawned by the tragic murder of George Floyd and the subsequent protests, Monnay organized seven local theater companies — including  Capital Repertory Theater and Troy Foundry Theatre — to each contribute a piece that focused on the common themes of social injustice, police brutality, and racism. Each piece had to be exactly 8 minutes and 46 seconds long — the amount of time the police officer kneeled on George Floyd’s neck. Because this was all during the height of Covid lockdowns, Monnay was actually thrilled to put the resulting works on Zoom, because they reached an even greater audience. “It was all recorded and over 20,000 people watched it online […] I figured just me, just one voice was not enough, especially in the art, so we got 7 theater companies with a thousand voices.”

Monnay doesn’t plan to stop pursuing his dreams anytime soon. In fact, he sees retirement as a chance for a fresh start.

For Monnay, there are different ways to fight for the underdog, and he hopes that people overall discover their own strengths and use them to contribute to the cause. 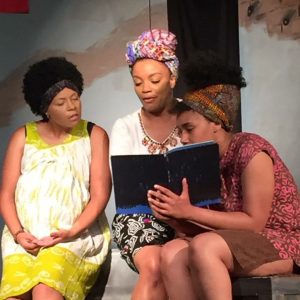 Check out the Black Theatre Troupe of Upstate New York for information about current productions.