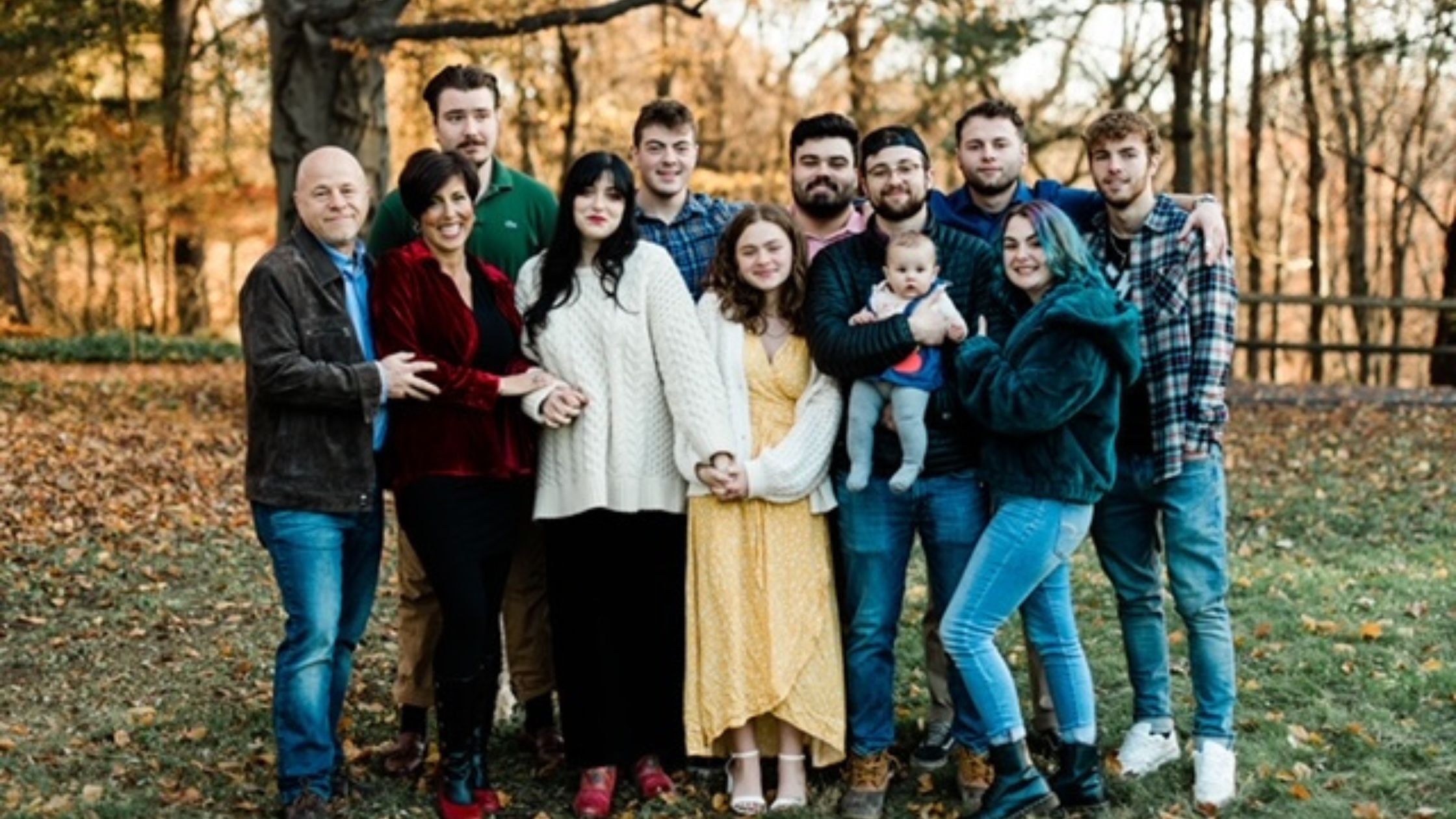 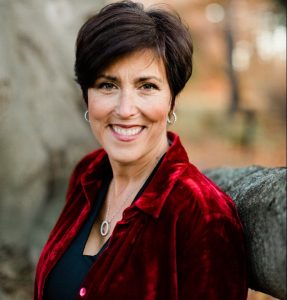 Corey Jamison, 55, of Troy, should be an intimidating figure. She has led her own successful firm Corey Jamison Consulting,  with her business partner, Julie Bush, for almost ten years, working with high-profile clients in the dog-eat-dog world of leadership consultancy. She has a Master’s degree in education, a PhD in psychology, she’s raised seven children, she’s a successful entrepreneur, a highly sought-after speaker, and she’s the type of person who decided to take up hobbies like horseback riding and learning French during the pandemic. (You know, like we all did.) And although her children have told her that she’s as scary as anything (that’s a mother’s prerogative), her power lies in her disarming charm, her love for her work, and the fact that she values — above all — the relatable humanity in every person she encounters.

We spoke with Jamison recently about her career, her passions, and why it’s so important to continue to develop the relationships that are important to you.

On starting her own business

Jamison says starting her own consulting business was a natural transition. Her mother, Kaleel Jamison, was a successful management consultant in the 1970s when the position was overwhelmingly a man’s domain. Jamison cut her teeth as a member of the firm started by her mother and worked there for almost 30 years, moving up the ranks to president. By the time she decided to leave, she was co-owner.

Initially, Jamison found herself dwelling on spreadsheets, tools, and marketing in her new company until a friend reminded her, “You’re not a consultant until you have a client.” From then on Jamison’s vision was clear: the client was the most important part. Focus on that person or team, and the rest will fall into place.

Jamison’s goal at Corey Jamison Consulting is to teach a type of leadership that exists as a circle of care. As we talk on Zoom, she tries to form a circle with her arms in what is probably a familiar gesture when she explains what she does. Her movements, however, are restricted by a sling on her right arm, which was recently broken in several places when she was thrown by her horse. She laughs off her frustration at the inability to form a true circle and elaborates:

“I think the key thing for leaders to remember in this moment is to hold a safe perimeter for the human beings who are in their care,” she says. Listening and being open to adapting are important to holding this circle. “It’s easy to ask questions and get feedback and then issue [communications] and assume it’s taken care of. People are more comfortable with that, a lot of the time,” she says. “But you need to get feedback and continue asking, because things are continuously changing. The struggle is to not just do what is comfortable but to adjust accordingly.”

Jamison is a person-first kind of woman. She wants to get to know her clients, and when she says that she wants to be there for them in whatever capacity they need, she means it. She’ll often text a client early on a Saturday morning to inquire about an important meeting that happened the day before, and she’s not doing it out of a sense of obligation.

“I genuinely need to know how the meeting went, and how they feel about it! Like, when someone has a big presentation and they find out at midnight on Sunday that the whole thing needs to be revamped, I want them to call me and get me up so I can help them through that. It’s important to me to be there for them.”

This desire to see people as human beings and not merely faceless automatons has also translated into a fierce drive to work for diversity and inclusion in the business world. Jamison says that it’s a part of everything she does, because unless leaders start fundamentally from a place of inclusion, then the work, the leader, and the team will never be successful.

She explains further: “If there are no differences, if there is no inclusion inside of that perimeter [formed by the leadership circle of care] … you have a fragmented perimeter, a porous perimeter where people will come and go because they don’t feel fully in your care.”

Part of feeling cared for, Jamison argues, is knowing that leadership is working to identify with you and your values. If you offer diversity, then you are only adding to the team, “…so [inclusion] is always a rigorous part of any conversation around team alignment and strategy.”

Marriage Retreats in a Box

As she worked with high-level executives, Jamison realized that her sphere of influence often didn’t stop with discussing business strategy. She found herself offering support regarding the same things we all worry about: family stressors, public image, being pulled in different directions, and suffering from insecurities. She realized that if the balance was off — if things weren’t going well at home — then things would start to suffer at work, and vice versa. As she says, “If you have to make too many sacrifices in one area of your life, it will fail.” 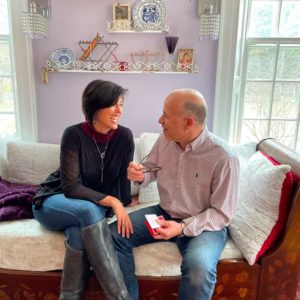 Jamison took her own advice to heart. She and her husband, Jon Briccetti, who is CEO at Troy Web Consulting, were raising seven kids as a blended family: three for each of them from previous marriages and one of their own. They knew it was important to take time for themselves to work on their relationship so that it didn’t fall behind. As a solution, they began removing themselves for an annual weekend retreat in order to gain the space they needed. They carved out that time to have those hard conversations that every marriage requires, about the kids, finances, and maybe some things that had gotten under their skin.

“So many times someone would complain to me about something their spouse does, and I would ask, ‘Have you ever said anything about that to them?’ And when they said no, I would be like, ‘Really? You’ve been married for 30 years, plus the 5 you knew each other before that, and you never mentioned that it drives you crazy when they leave things on the stairs and you trip all over them?!’” Jamison laughs.

She wanted to make it easier for other couples to do what she and Jon were doing. Knowing that finding a good therapist can sometimes be a Herculean endeavor, particularly for busy families, she realized that she could use her PhD in counseling psychology and her personal experience to craft something other couples could use.

The result is DIY Retreats, which was conceived during a walk with Bush. They walk together almost every day, and Jamison credits those walks with many of their strokes of genius.

DIY Retreats is not meant to replace couples’ therapy but instead is more of a tool to help people begin to reconnect. Each DIY Retreats kit contains exercises, questions, and conversation starters that are intended to be done with your partner, either over the course of a weekend or spread out over time. Ideally, these tools enable couples to address difficult topics under the best of circumstances and strengthen their relationship.

So far, the project has won high praise and been featured in Cosmopolitan, NBC News, Elle, and many other outlets as a highly successful endeavor. One reviewer wrote:

“We got this box and did this activity from a great point in our relationship and this made it even stronger. […] The challenging conversation starter questions were great. I learned so much about my partner […] and we have been married for 11 years.” 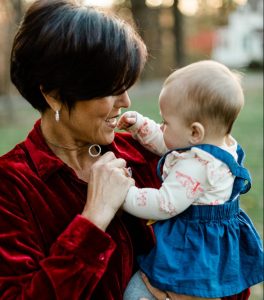 As a serial entrepreneur — a title Jamison gives herself — she is always thinking up new ideas. She laughingly argues that most of them would never actually take off, leading one to wonder how many great ideas might have been swept under the rug. She says the trick to her success was partnering with Bush, who is one of those people who just “gets things done,” but one could argue that Jamison is an enormously competent person herself.

However, when asked what was next for her, Jamison doesn’t mention expanding Corey Jamison Consulting into a vast empire, or hiring a slew of employees for DIY Retreats and eventually selling for a huge financial windfall. Instead, she says that she has reached a point where she loves what she does and has no desire to stop doing it anytime soon. If anything, if and when it comes time to make a change she would love to have her own Jerry Maguire moment, when she can reduce the amount of clients she serves so that she could give undivided attention to a smaller number of people and improve their experience with the added focus and time. Her youngest is off to high school next year, so she’d also love to have more time with her family, either traveling together or just staying home.

Ultimately, it is clear that Jamison is living her best life, to borrow a phrase from those darn Millennials. When I mention that a wise man (Confucious? Mark Twain?) once said, “Find a job that you love, and you’ll never work a day in your life,” Jamison just smiles and says, “Exactly.”

“Age is an issue of mind over matter. If you don’t mind, it doesn’t matter.”

As a magazine and website devoted to living your best life as you age, we decided to celebrate Twain’s concept by highlighting Capital Region residents over 50 who are living their best lives. Some are entrepreneurs. Others have started new careers in their second or third acts. Each in their own unique way is making a difference and enhancing the life we all enjoy in the Capital Region.

If you know someone who would make a good profile, send us an email at editor@55pluslifemag.com. We’d love to hear more about what people are doing as they continue to create and recreate themselves.