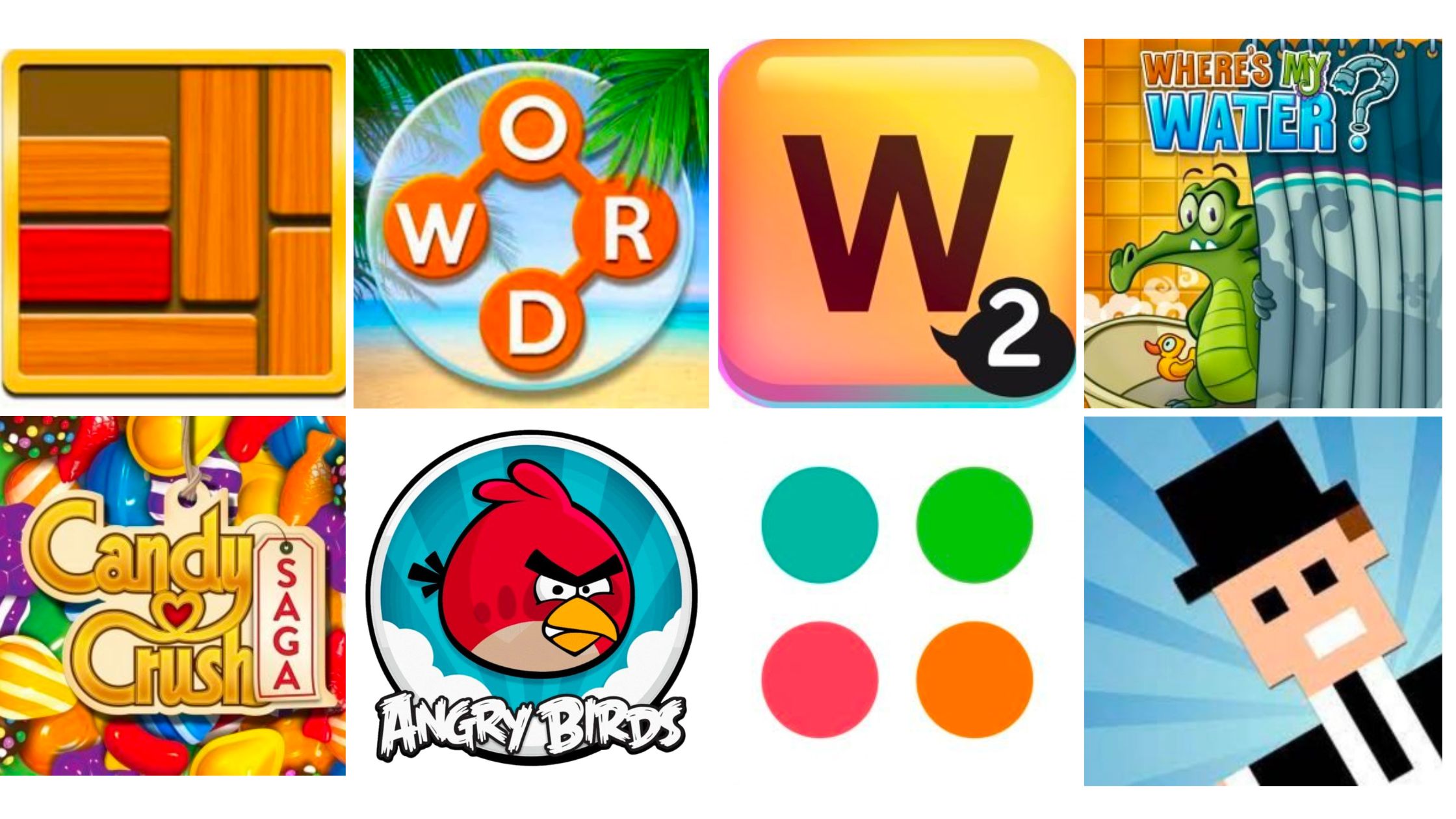 Because eventually you have to move on from Candy Crush

Younger generations love to poke fun at Baby Boomers for being — shall we say — “technologically challenged.” The ribbing seems a bit unfair given that the internet didn’t even become generally available until the oldest Boomers were in their 40s. (Remember how many steps it took just to sign on? You needed a whole desktop computer, a CD-rom that allowed minutes of an AOL membership, and the ability to tie up the only phone line for the duration of its use.)

But the truth behind online gaming is that Boomers aren’t all Luddites. Since 2018, the number of 55 to 64-year-old gamers worldwide has surged by 32%. That makes the Boomer generation the fastest growing demographic in gaming. They may be late to the Internet game but they are embracing it as a group.

The pandemic was one reason for the growth, as many grandparents took to online video games to connect with family. It’s also because of the easy accessibility to intuitive games. Added bonus? Many intuitive games have proven to be helpful tools to prevent the cognitive decline associated with aging. So, if you aren’t already a Candy Crush addict, maybe it’s time to become one.

For those who may not know, Intuitive games are those in which you figure out how to solve a game’s obstacles without being told overtly. The vast majority of downloadable games to play on your mobile phone fall under the intuitive game category, with most of them being either puzzle games or ones that involve single-player role-play. Not so coincidentally, these are the exact types of games that gamers over 50 prefer to play. If you haven’t yet jumped on the intuitive game bandwagon or are looking for a new game to play, here is a round-up of the 10 best intuitive games. 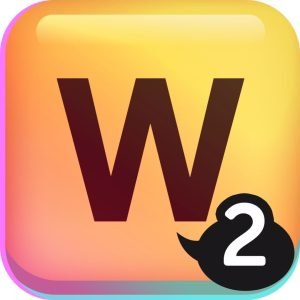 By far one of the most popular mobile word games to date, Words with Friends is essentially online Scrabble. You can choose between playing against friends (often pulled from your Facebook addresses, but you can send invites to people as well), the computer, or randomly selected foes that compete at a similar level. You can participate in weekly challenges to keep things interesting, but the real fun is absolutely nailing someone with a high-scoring word and then texting them to rub it in.

Who Will Love it: You’re a word nerd, and crosswords are your thing. 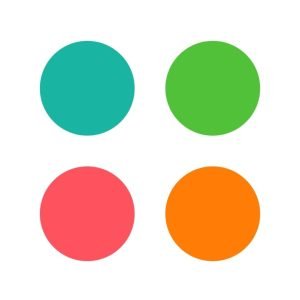 This aesthetically-pleasing game is simultaneously absurdly simple and infuriatingly challenging. In a grid of multi-colored dots, you merely need to connect ones of the same color by tracing a vertical or horizontal line between them. The timed version of the game is difficult enough that it could induce panic sweats, but there is a supremely relaxing “endless” mode that allows you to play at a more leisurely pace.

Who Will Love it:  You’re into minimalist modern art and get a thrill out of having superior organizational skills. 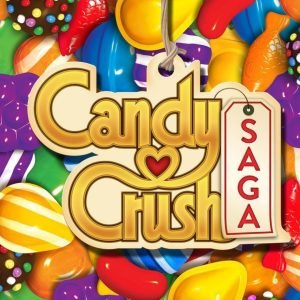 Honestly, no mobile game round-up would be complete without this worldwide phenomenon. Several themed versions are available for download, but the basic premise is always the same: match three-of-a-kind icons to make them disappear in order to achieve an increasingly difficult goal. People like to scoff at Candy Crush — probably because of its popularity — but it’s a great game that continues to develop new ways to challenge even the most devout aficionados. If you already love Candy Crush and want to try something similar there are oodles of its kind, but Bejeweled and GardenScapes are also up there as some of the best.

Who Will Love it: You’re looking for a puzzle game that is both mindless yet challenging, and maybe you have a sweet tooth. 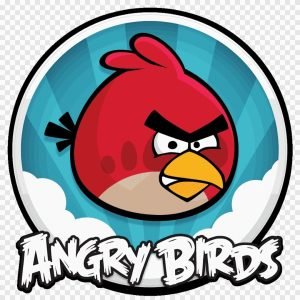 The merchandising for this game suggests it solely appeals to pre-adolescent boys, but hear us out: Angry Birds is fun for any age. You get to slingshot colorful birds into various edifices in order to make them explode and fall down. It’s destructive and fun, and requires enough problem-solving skills that it can be considered a tool to prevent cognitive decline. The sound effects can get a bit trying, but that’s why they made it with a volume control option.

Who Will Love it: You secretly get a thrill from wreaking havoc upon some green little pigs, and need an outlet for your desire to do demolition. 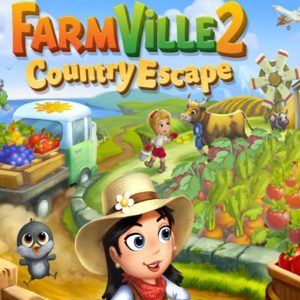 This lovely little game is a simulation of having your own farm. In addition to the expected tasks, such as planting crops and harvesting them, little adventures pop up that require solutions. Unlike some of the other games on this list, Farmville requires a bit of strategy and the ability to plan ahead, so it’s great for someone who gets bored with more casual apps. And since this is the sequel to the original, they’ve added options to create co-ops with friends so you can trade goods and make it more of a social interaction.

Who Will Love it: You like gardening and find raising livestock intriguing, but can’t afford the time, energy, and back pain to do it for real. 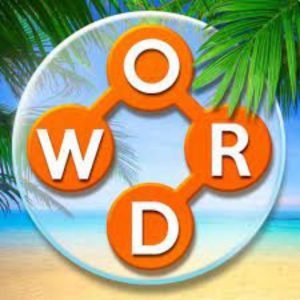 This app has a few versions, such as Word Flower and Word Vista, but the basic premise remains the same: you get a circle of letters and try to make as many words as possible from them. This is the perfect game to kill a few minutes without being a total time-suck like some other more addictive options. The same company also makes Wordscapes Search, which is self-explanatory (it’s a word search in grid form), but an intriguing option if you want more word games.

Who Will Love it: You’re a word nerd and can’t find any friends who will still play Words with Friends with you.

Where Is My Water? 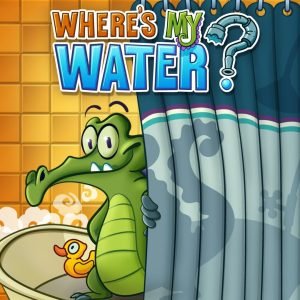 This is a multiple Game of the Year award winner that requires a rudimentary knowledge of physics to guide water through sewer systems and other obstacles. The animation makes it look like it’s for kids (you’re essentially guiding the water to an alligator that wants to take a shower in the sewers — at least in the first few levels) but it’s a lot harder than it looks. The game has over 100 challenges, and the designers from Disney continue to add upgrades with options for boosting your play or making levels more challenging.

Who Will Love it: You love fixing things around the house, and secretly think you’d do a better job than any contractor you’ve ever hired. Playing this game finally proves the point. 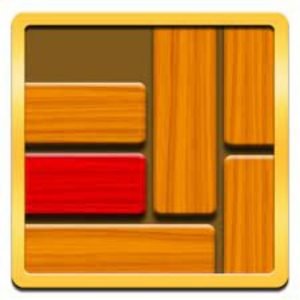 Unblock Me is a great puzzle game that involves moving “wooden” blocks on a board in order to free a particular block from the middle. Many other games have a similar premise but have problematic backstories that have been crafted for no particular reason. This one is simple but provides tons of challenges with over 18,000 puzzles. It also offers four different modes — relax, challenge, multiplayer, and daily — so you can pick and choose based on what you’re up for.

Who Will Love it: If you derive pleasure from untangling hopelessly knotted necklace chains or skeins of yarn, this game is for you. 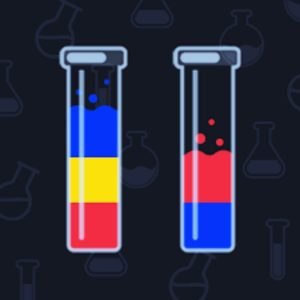 This is another one of those puzzle games that seems really easy but gets plenty challenging as game play progresses. You are presented with vials of water with different colored layers, and your task is to move the colors from vial to vial until they’re all sorted correctly. It is an oddly soothing exercise, and has proven to be highly addictive in the best possible way.

Who Will Love it: You loved taking chemistry in high school, but hated that you could inadvertently cause explosions.

Mr. Smith and His Adventures 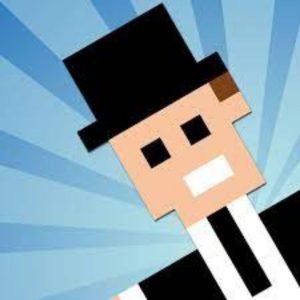 We thought we’d end this list with a game that is a bit different from all the rest. It’s half trivia-based, half design-your-own-story, which makes it 100% intriguing fun. Basically, after being presented with various scenarios, you choose how to react from a list of options. It’s designed to be comedic in nature, and promises to end with a unique outcome every time you play. Trivia quizzes provide the opportunity to earn more points and prizes, and it seems like the more bizarre your answers are the better. It’s worth a try, at least.

Who Will Love it: You loved (love?) those books that let you pick your own ending, and get a kick out of knowing trivia tidbits that are more or less useless in everyday life.

For the Birds! Expert tips for Birdwatching.