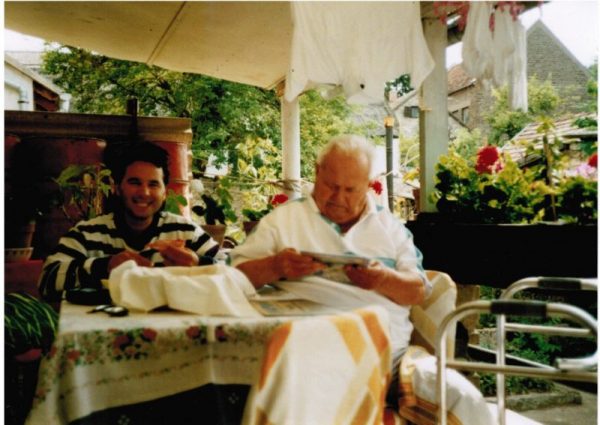 Have you heard a story from your parents or grandparents, years ago, and wished you could have been there?  These past few months have given me an opportunity to relive in my mind one of those stories and put those thoughts into action.  I can’t wait for this experience to be a reality, perhaps in 2022 or in 2023… and it WILL happen!

I’m blessed to have strong ties to my family’s heritage, both of my parents are from two beautiful towns about 90 minutes from the vibrant city of Budapest, one is a peninsula on a 52 miles long lake and the other town is across the bay on the “mainland”.  I relate it to Lake George, although with the deepest part of this lake at only 6 meters, it’s considerably warmer than Lake George.  It’s gorgeous, and when I walk through the small village of about 1500 residents, I seem to be related to half the town.

In the 1980’s and 1990’s I had been back several times, and in 1992 I was fortunate enough to have a video camera and I filmed my grandfather while I asked him questions about the war, his childhood, and what it was like in the first half of the century.  He sat there, with his cane next to his chair while he cut up his peach using his authentic Swiss Army knife from the war (OK, I don’t know for sure how old the knife was, but in my mind that is how I remember the story).  He had to cut it up so he could gnaw at the peach with his three or four teeth he had left.  He spoke with such flair, such passion, and sometimes he was rather emotional.

The particular story that I recall was about his time in the military, when he was stationed on the French/German border.  If you recall, Hungary had a history of fighting with the Germans, and unfortunately lost both wars and at this time he was stationed in Strasburg.  While there, he spoke of what it was like, he would meet a young school girl that he became friends with and he met her each day on a bench near the river and she would bring some pastries or fresh rolls and they’d sit there on the bench sharing the view.

I asked him “Nagypapa (grandpa, in Hungarian), what did you talk about?”  He looked at me, and laughed with this tone like I was crazy… he says “George, I didn’t speak French and she certainly didn’t speak Hungarian, we just sat there and shared the treats!”

How awesome, during the war he made a friend, and they built a great friendship without speaking each other’s language!

So, here’s my plan that I’ve been thinking of while travel has been restricted.  I will meet a local historian who will be able to bring me to the places my grandfather would have been stationed, I’ll find out as much as he knows about the Hungarian’s and their role in that town during that time period (I even have his military card that indicates when he checked into and out of that area, so I know when he was there) and then I’ll get a bag of treats and rolls, and I’ll find a park bench.  It won’t be the same park bench along the river, but does it really matter?  It will be the right one in my mind!  And that’s all that matters…