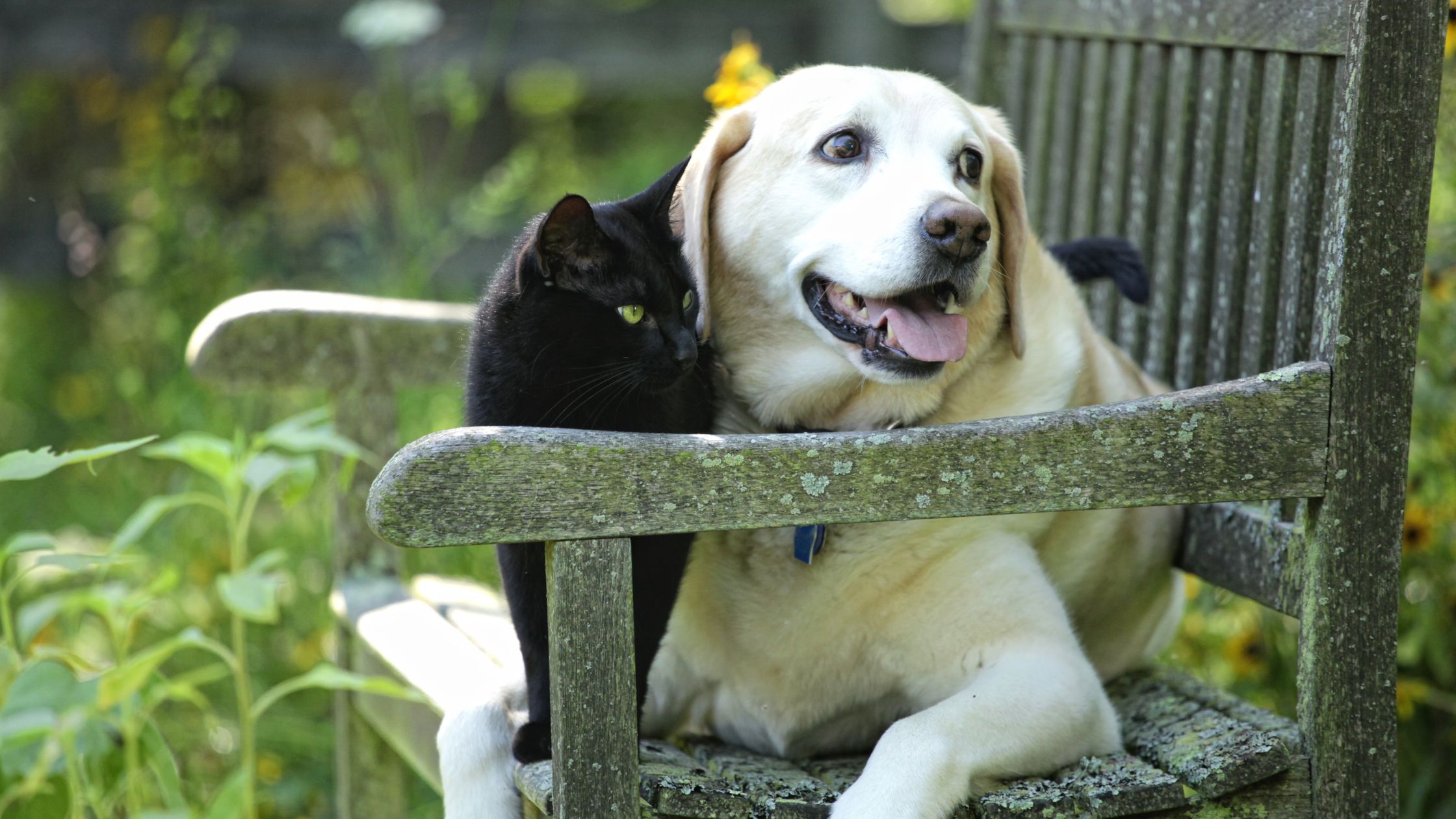 Nothing compares to the joy of coming home to a loyal companion. It’s the unique power of pets. A pet’s unconditional love does more than keep you company; pets may decrease stress, improve heart health and even help children develop emotional and social skills. An estimated 68% of US households have a pet. But what kind of health benefits can you get from a pet? And what health problems do pets and humans have in common? Hudson Headwaters’ physician Jeremy Di Bari, who is both a doctor of veterinary medicine (DVM) and a doctor of medicine (M.D.), shares his unique insights with us:

Q: What inspired you to become both an M.D. and DVM?

As a kid, I enjoyed science and really looked forward to my 7th grade biology class. I decided to look further into a career with veterinary medicine because we had a dog and I thought it would be exciting. I then got involved in a 4H veterinary group in Saratoga. My interest continued into college where I had some great mentors. I spent a great deal of time on dairy farms with an excellent animal veterinarian. I also spent time volunteering at a small animal veterinary hospital. I went to Cornell for veterinary school, but my mind continued to wonder about working directly with humans so I kept going and continued onto medical school.

Q: Can pets help patients cope with illness, loneliness and give them companionship?

It’s fairly typical to see elderly or widowed patients dealing with loneliness and a sense of isolation. Many patients openly discuss how having a cat or small dog gives them their greatest sense of companionship and they wouldn’t know how to cope without them! The bond tends to be even more profound when a patient is unable to drive or lives in a relatively rural area. Pets seem to inspire my patients to enjoy living one day to the next. Some patients who are having difficulty with their marriage or teenage children confide in me that their dog is the foundation that seems to hold the family together. That’s pretty powerful!

After the death of a family member, patients often tell me that their dog or cat goes through mourning as well. They may notice the pet has decreased appetite, lack of interest in what they previously enjoyed or has a depressed mood. This tends to foster an even stronger bond between patients and their pets because they are dealing with the same emotions and can comfort each other.

The Power of Pets: Health Benefits

Studies have shown that the bond between people and their pets can increase fitness, lower stress, and bring happiness to their owners. Some of the health benefits of having a pet include:

Whether you are playing with, feeding or cleaning up after your pet, it is important to wash your hands to help reduce the risk of getting sick from the germs pets can carry. If you or a family member are concerned about an illness, talk to your health care provider and mention the animals you’ve had contact with recently.

Q: Is there a connection between pets and human health?

There is a concept in veterinary medicine called One Health—this is the idea that the health of humans and animals are closely connected. When I was working as a general veterinarian in Syracuse, I remember quite a few cases when both a pet and their owner were overweight at the same time. Some owners would be empowered to help improve their own health after learning how their dog’s health problems— like worsening arthritis, decreased exercise tolerance and even difficulty breathing on a warm summer day­—were affected by obesity. Some even instituted an exercise program and dietary changes for both themselves and their pet with strong results. Asthma is somewhat common in cats, and owners who smoke would be empowered to cut back on cigarettes in an effort to improve their cat’s health.

Humans and animals share many similar diseases. While they may not be identical, they are very similar and can be used to learn more about the causes and ways to treat disease in humans. This includes conditions such as inflammatory bowel disease (Crohn’s and Ulcerative Colitis), Equine Lower Motor Neuron Disease and ALS, HIV in Humans and FIV (Feline Immunodeficiency Virus) in cats.

There is also a subset of infectious diseases known as zoonoses (zoonotic disease). These are infectious diseases transmitted from animal to human. I have seen quite a bit of this working from both the veterinary and human side. Zoonoses include common diseases such as ringworm, ectoparasites (ticks, fleas and even a short-term case of scabies) and diarrheal illness. I have also seen less-common cases of zoonoses involving endoparasites (hookworm/intestinal worms), unusual bacteria such as leptospirosis (make sure to get your dogs vaccinated for this!), cases involving rabies, West Nile Virus, Avian Influenza in poultry facilities, Salmonella in livestock, Listeria from raw milk, Cryptosporidium from dairy calves and a handful of other cases.

Q: What is something people might not know about veterinary medicine today?

In general, most people are unaware of the depth of treatment in veterinary medicine today. Owners are very surprised that many of the same medications they receive from their health provider may also be used for their pet. Most of the anesthetics we use are the same. Some offices even have specialist veterinarians. For example, Northway Veterinary Hospital (where I work occasionally) has a surgeon and radiologist on staff. They have been through equivalent veterinary residencies comparable to what human physician surgeons and radiologists have completed.

Some large veterinary centers collaborate with physicians on monthly rounds or reviewing unusual cases. This can be seen in specialties like dermatology, sports medicine (which is new in the veterinary field) or infectious disease. 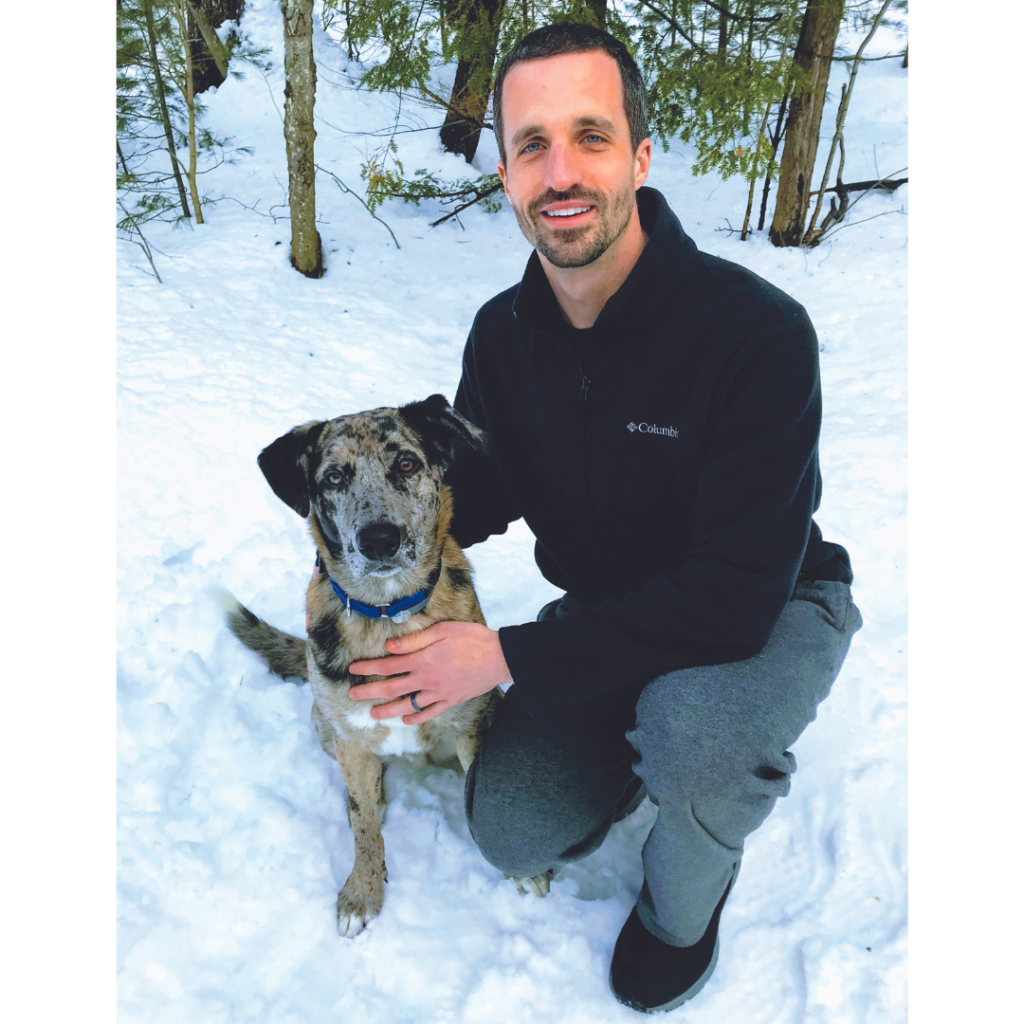 Q: Do you have a pet? What’s your favorite thing about it?

Both my wife and I grew up with dogs. We decided to have children prior to getting a dog, so we only had fish for a long time. We adopted our first dog in May 2019. He’s a Catahoula Leopard mix who we adopted from a rescue group through one of the veterinary technicians who works at Northway Veterinary Hospital. Fortunately, he tolerates physical tormenting from our young children and seems to thrive on their chaos. He enjoys our outdoor activities such as hikes, kayaking and paddle boarding. He is also a great companion for the children and meticulously cleans under the table after every meal—I think he saves us about 15 minutes a day of cleaning since we no longer have to sweep up any food crumbs!