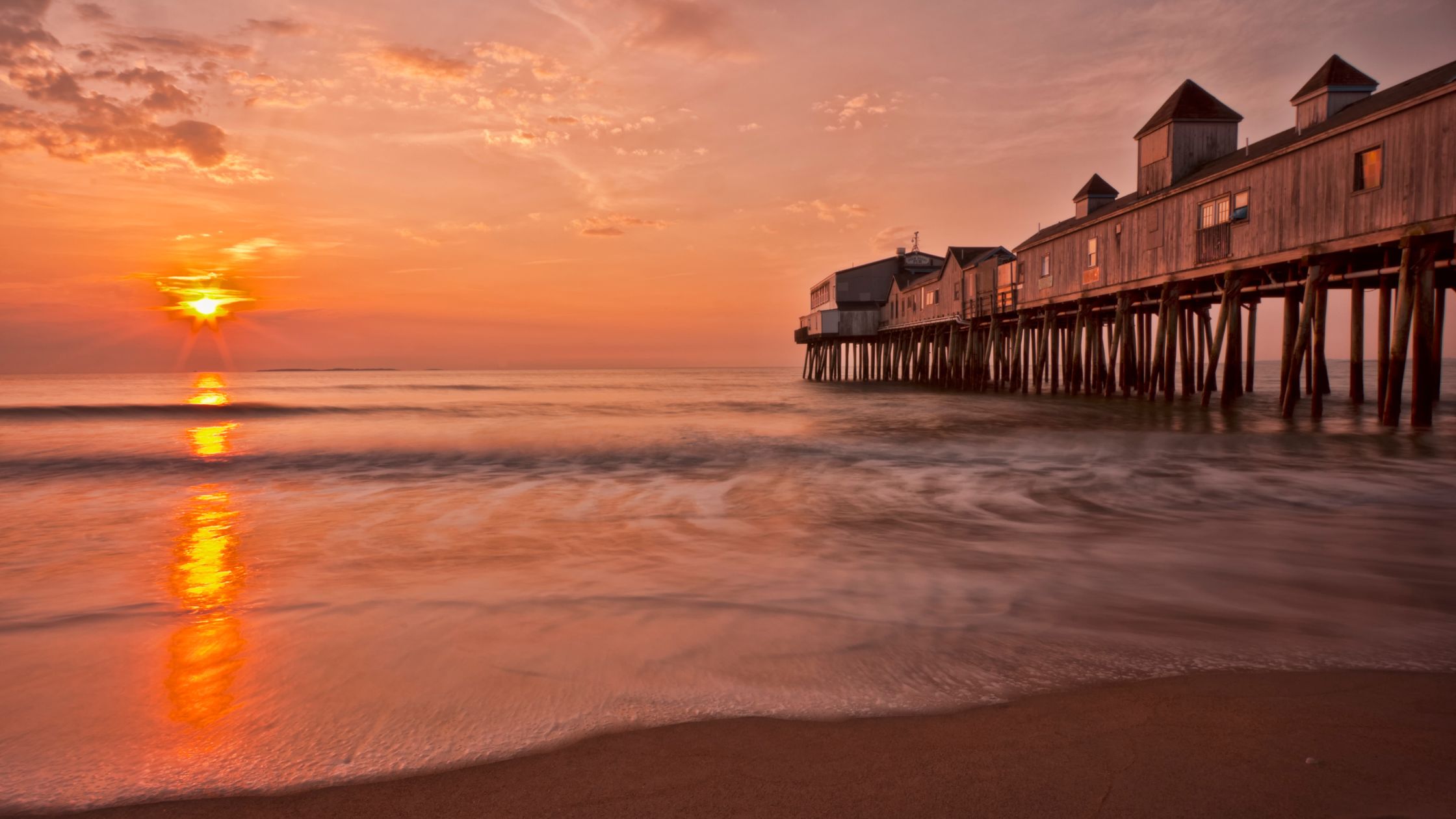 Where to go for the perfect southern Maine summer vacation

A vacation in southern Maine offers it all, from scenery straight out of a Winslow Homer painting to people-watching worthy of a reality television show. Start at the northern part—Old Orchard Beach, on the southern perimeter of the Portland area—or start at the south, at Kittery, the first town north of the New Hampshire line—and work your way down or up, respectively. Fuel your visit with fried clams, lobster rolls and don’t forget the sunscreen!

Nearly every town along the southern Maine coast has a beach, a locally beloved clam shack, and a small downtown featuring a bookstore, clothing stores selling navy-and-white-striped boatneck tees, and kites. It’s hard to go wrong … which can be comforting when you arrive at the crack of 9 a.m. to find all the beachfront street parking occupied and the small nearby lots already full. Pull a Plan B and keep driving. If not York, then Ogunquit. If not Ogunquit, then Wells or perhaps Kennebunkport or Old Orchard Beach.

From the south, Kittery is the first stop in Maine. It’s worth a detour from the popular factory outlets along U.S. Route 1 to the historic neighborhoods of Maine’s oldest town, founded in 1647. Wind along State Route 103 to Cutts Island and the quiet marshes of the Rachel Carson Natural Wildlife Refuge, on the way to Seapoint Beach. The refuge spans coastal ecosystems in as natural a state as one can find these days, from forests to tidal salt marshes to meadows. Its network of trails, open sunset to sundown, offer a plover’s-eye view of protected habitats, especially for migratory birds. Visit the Rachel Carson National Wildlife Refuge website, for details about fishing, canoeing and kayaking in season and to sign up for seasonal activities that wade into habitats for a closer look at the plants and wildlife that have lived on the Maine coast for eons.

It’s not a visit to Maine without seeing a lighthouse. The most widely recognized is Nubble Lighthouse, which is publicly owned, and operated by the town of York in conjunction with the Coast Guard. Built in 1879 by federal order, the short, white lighthouse and adjacent, sharp-peaked white keeper’s house perch on a tiny peninsula connected to the mainland only by a narrow neck of rock. While the lighthouse and its immediate grounds are not open to the public, the entire sweep of the rocky shore is the perfect place to enjoy a cup of coffee or an ice-cream cone, watching children climb on the rocks, tug at seaweed, and toss pebbles into the always-tumbling waves.

From the York Harbor Beach, clamber up the Cliff Walk, a 1.2-mile round-trip, real-estate gawker’s dream. As you stroll past sprawling estates that command endless views of the sea, you are always downwind of the ever-blooming roses that twine over the fences and keep the curious on the straight and narrow. Back at the beach, beware high tide, which nearly fills the narrow crescent.

Wells Beach is quieter, its small, smooth rocks slowly being ground into sand by the tumbling surf. Tiny clapboard beach cottages and seasonal picnic areas make for a sedate morning or afternoon of walking, snacking and occasionally splashing in the tidal pools. The Wells Beach Jetty is a popular spot for fishing. At low tide, the adjacent tumble of rocks sprinkled with tidal pools is a popular spot for clambering around and peering at tiny, stranded sea creatures.

A few miles north, Old Orchard Beach is the largest, loudest and most practical for a forced or planned end of the line: It has plenty of parking, recreational options for every age, and one of the most spectacular natural beaches in the state. In fact, Old Orchard Beach is a good option for an off-season visit: on an unseasonably warm New Year’s Day, you might find yourself keeping up with locals trotting their horses through the shallow surf.

Brassy and boisterous, Old Orchard Beach contradicts every classy cliché about the southern Maine coast. It’s loud and tacky, not understated and old-money. It has cheap food and cheaper thrills, and lots of both, in sharp contrast to the sweetly scenic byways of Kittery and Kennebunkport. Its shops offer obscene T-shirts and barely-there bikinis, rather than the cashmere cardigans and white jeans that are the unofficial uniform of its stately sisters to the south. Its sweeping, deep, natural sugar-sand beach is the perfect parentheses to the comma-shaped beaches that punctuate the other coastal villages in the state.

When in Maine, clams and chowder are essential. Many highly rated clam shacks are only open seasonally, though, so always confirm hours before you set your heart on a toasted hot dog bun piled high with tender, pink lobster, or a fragrant bowl of white chowder, not too thick, studded with clams or fish.

As with all localities, whether or not a destination is open will depend on public health directives. Always call before you go to confirm hours and operations.

Street food runs amuck at Old Orchard, which is pocked with joints that shovel pizza, fries, and fried dough across stainless steel counters to barefoot patrons. Under the blinking neon lights of amusements and rides, you can slurp slushies and head to the pier, which cantilevers beer and souvenirs for a few hundred yards over the sea.

If you’re coming up from the south, plan your lunch or dinner at the Weathervane in Kittery, immediately over the state line. This local chain of five locations piles cardboard plates high with crunchy fried clams, scallops, shrimp and fish, and its chowder is second to none. Weathervane Seafood Restaurants, 55 306 U.S. Route 1, Kittery | weathervaneseafoods.com

Chain hotels are scarce around southern Maine, except for Portsmouth, New Hampshire, on the southern border and Portland, on the northern, but short-term rentals are not. They tend to book early, often by families who return every year. Still, in an era of COVID-forced cancellations, it’s worth a round of calls to scout last-minute openings.

Cliff House Maine in Cape Neddick has been perilously perched on the rocky shore for decades. A sprawling resort that melds traditional white-canvas décor with a streamlined modern aesthetic, it offers a range of rooms from standard to suite, as well as multiple dining rooms, a pool and a spa. Cliff House Maine, 591 Shore Road, Cape Neddick | cliffhousemaine.com

While summer in lower Maine is wonderful, September and October are ideal for visiting the coast, as the ocean is still relatively warm, and restaurants are more relaxed while still fully staffed. Ogunquit offers a full slate of fall events. Ogunquit Chamber of Commerce
36 Main St., Ogunquit | ogunquit.org/our-events

Best Cruises for Couples or Families

Doing Good on the Go: Volunteering on Vacation