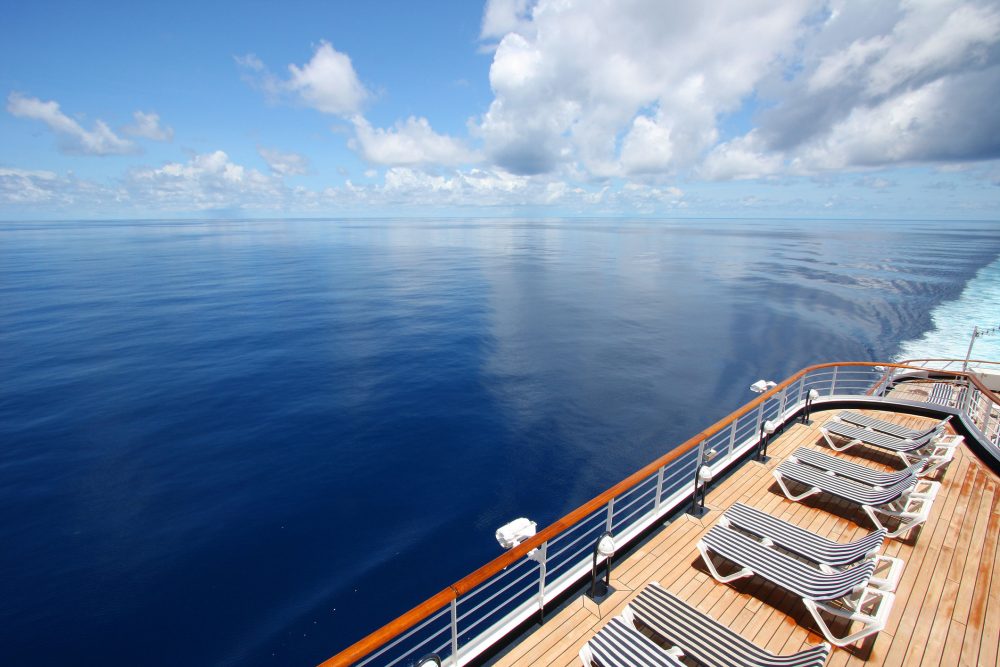 As we brave the snow & frigid temperatures in our Capital Region this Winter, many of our thoughts turn to warmer climes and what and where we might go for relief. Some folks opt for visiting friends and relatives who conveniently live in Florida or the southwest. Others book a resort in the Caribbean for a week or two; but a sizable number of folks decide to take a cruise on the turquoise waters and in the warm air amid the island hopping in that region.

The number of people taking cruises has grown dramatically over the years. For the past 10 years the shipbuilding industry (mostly overseas), has been launching new ships every year, and all the major cruise companies; Royal Caribbean, Norwegian Cruises, Carnival just to name a few have added ships ranging In passenger capacity up to and including almost 5000. Holland America and Celebrity have concentrated their capacities to more mid-size of 2500-3500 passengers. Doing the math you can see how exponentially the cruise lines have grown, reflecting the public’s interest in cruise vacations.

But this year, the lines are increasingly focusing capital investment on renovating older ships and examining the returns the lines are receiving from new builds vs. refurbished ones. An example of this is the Carnival Corp. who spent more on improvements than on new ships. To passengers this translates to having a broader selection of up to date vessels to choose from with new features on board, not just being offered on the new ships.

Cunard’s Queen Mary 2, a very classic ship, provides a good example with one of the most expensive refurbishments ever undertaken. 30 balcony cabins were added in addition to a new restaurant and lounge and the renovations even extended to the on-board kennels which are a unique feature of Cunard. The economic philosophy is that the lines have billions of dollars invested in their fleets and they have to maintain them to the highest standards if they expect to achieve higher yields. Most of the lines will continually add features to their older ships that will keep them competitive and consistent with their newer ships. So increasingly lines have been refurbishing and not retiring their vessels.

Passengers don’t necessarily think of ships showing museum quality art on their walls, but another development in refurbishments is an increased placement of art works aboard. Art has always been a background element on a cruise but it has increasingly been stepping forward into the spotlight with some lines spending millions of dollars on artworks. The emphasis on art reflects the lines’ desire to drive home the quality of the cruise experience. Some companies want to reinforce their national identity and heritage, i.e., Cunard with the United Kingdom, while others wish to appear very contemporary. Royal Caribbean’s recently delivered Harmony of the Seas. boasted over 3000 pieces of art worth over $6.5 million dollars! In fact, RCL values the artwork on all their ships at over $142 million. In reality few passengers list art as a top reason to cruise, but many do want their ship to be well designed and know the difference between good design and that of a discount store.

In addition to upgrading decor and culinary experiences, the cruise lines are constantly exploring new ports of call and upgrading the port experience at their usual ports. Belize has been added to some itineraries as well as new private islands in the Bahamas and at least one ship is calling at Cuba with more waiting anxiously for the go ahead when Cuba has the capacity to absorb the visits.

Over the years the cruise lines have been trying harder to differentiate themselves and the traveling public is the beneficiary of this trend.

All aboard for Happy Cruising!!