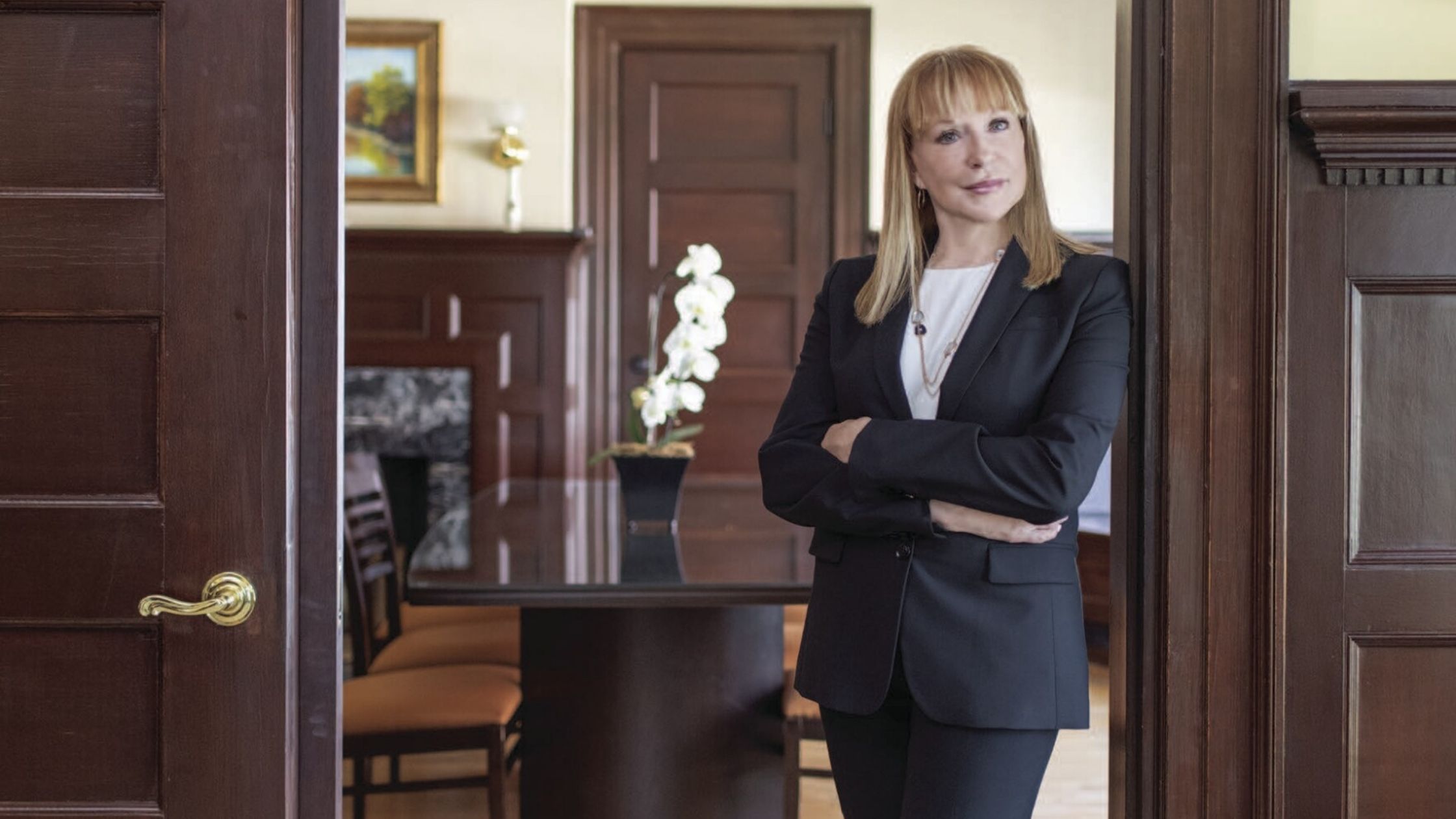 Marcia White never thought she’d be leading a college as a 5th career. But she’s learned to lean in toward the unexpected.

“My life is and will continue to be a great and continual unfolding,” says White, who has depended on a combination of faith, optimism, and instinct to guide her career decisions. That attitude took her from nursing to the New York State Senate, and from the Saratoga Performing Arts Center to her current role as the interim president of the College of Saint Rose. “We’re all on a path,” White says. “It’s up to you to see the signs.”

White says the only career she’s chosen for herself, rather than been led to by circumstance or fate, was nursing. Although her high school guidance counselor suggested a career in the arts, Marcia wanted work that would ease others’ pain in part because her mother had died of leukemia when Marcia was 10.

Like many women, White’s second career was as a caretaker for her own children. A volunteer position with the Junior League of Troy led her back to the paid workforce as press secretary for the New York State Senate.

During her 15 years with the Senate, one of her specialties in that office was managing the arts, which is why, when Saratoga Performing Arts Center needed a new president and executive director, she was encouraged to apply.

“As SPAC celebrated its 50th Anniversary I felt I could take my final bow,” White says of her 12-year run. “I wanted to spend time with my family.”

After a few years as a consultant, White was tapped to lead Saint Rose where she is an alumna. Though it may seem circuitous, she says she often draws upon the skills she learned as a nurse all those years ago. “My nursing background has been a great asset,” she says. “Crisis management has been most of my life—balancing urgency with planning.”

For anyone considering a career change, White advises turning inward.

“One of the many powerful voices we can listen to is our own, but it’s the one many of us spend the least time cultivating,” she says.

“Follow your own destiny,” she adds. “You don’t have a right to the cards you believe you should be dealt. You have an obligation to play the hell out of the hand you get.”