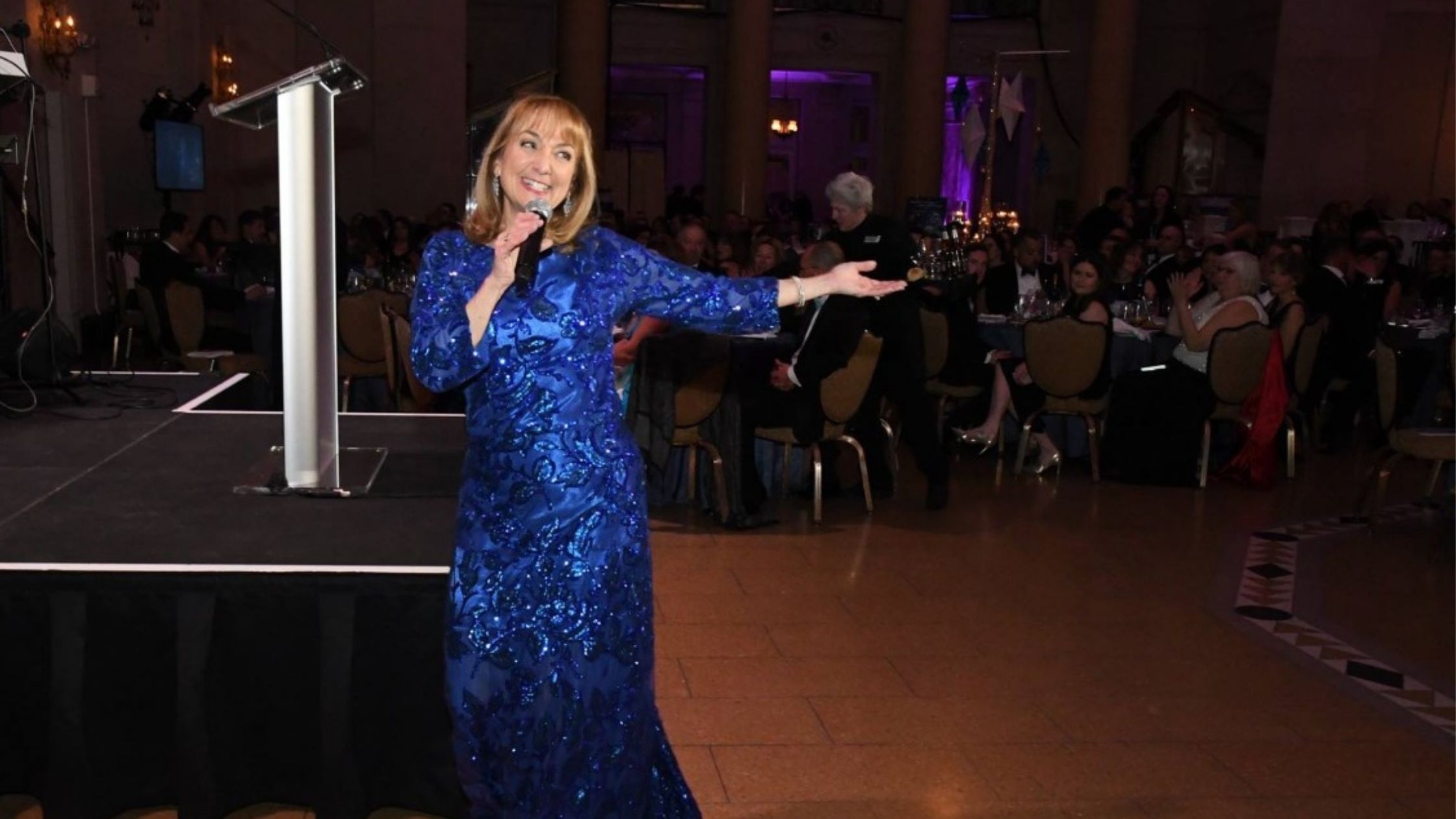 You likely know Benita Zahn as a beloved Capital Region news anchor. Or perhaps you’ve seen her onstage in local musicals—or maybe even as an extra in the Amazon series The Marvelous Mrs. Maisel. Today, she’s a one-on-one health coach who’s still a fixture of the regional theater community.

Zahn grew up on Long Island where she began her career in news at CableVision. From there she moved to Syracuse for 2 years, before moving to the Capital Region for a job as a reporter on News Channel 13 (WYNT). She figured she wouldn’t stay here long, either—hopping from market to market is a hallmark of a career in TV news—but after her mother died at age 48, Zahn decided to stay near friends and family. She started as a reporter before anchoring a number of different News 13’s programs.

As the face of Health Beat when the COVID-19 pandemic struck, Zahn found herself in a position to help guide people through a frightening and often confusing experience. She was the right person for the job; in addition to her years of news experience, Zahn also has undergraduate and graduate degrees in bioethics. But as the river of pandemic-related information slowed to a more manageable trickle, she found herself longing for something new.

“I had the best job in town,” Zahn says about her time at Channel 13. But she found herself singing a tune from the musical Sweet Caroline: “There’s gotta be something better than this.”

Her greatest achievement, she says, is anytime she’s helped a viewer. Especially on Health Beat, she would get emails thanking her for information that had improved or even saved someone’s life. Health Beat lives on at wnyt.com, where Zahn still regularly contributes, but Zahn’s newest endeavor is as a private health coach.

In some ways that change is a logical one from her reporting work. Just as she worked to inform and empower viewers during the most fearsome moments of the pandemic, she now works with individuals to identify and achieve their goals. She suggests setting benchmarks at a variety of times: one week, three months, a year. “You know how to eat an elephant?” she quips. “One bite at a time.”

For those considering changing their careers, Zahn advises taking stock of what you need and want—and being honest with yourself. If you need social interaction or structure to be happy and successful, determine how to get those things. Consider how many hours you want to invest in your new venture.

“At the heart of it is always reinventing yourself,” she says. “If you don’t reinvent yourself, you become stale.”

Plus, be ready for the unexpected. “A roller coaster takes a lot of drops,” she says,
“but boy, don’t you love ‘em?”