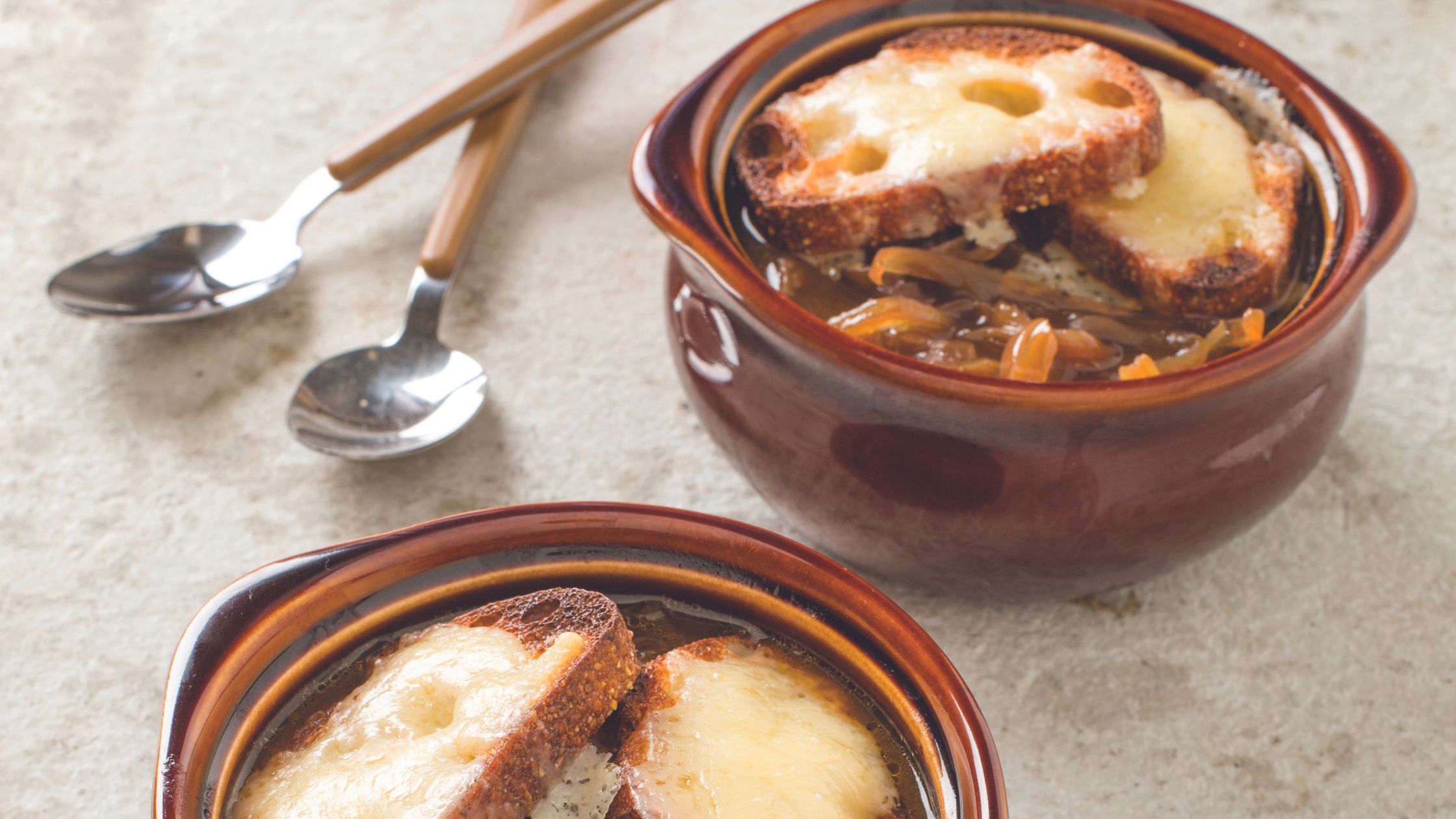 Winter is all about getting and staying cozy. Even if you’re a winter outdoors enthusiast, there’s nothing better than coming up to a tasty, gut-warming soup. This Slow Cooker French Onion Soup recipe, courtesy of America’s Test Kitchen, is packed with flavor!

Why this recipe works: It can be a hassle to stand over a pot of caramelized onions when a craving for this French classic strikes. We looked to the slow cooker for simplification. Replicating the meaty flavor of the soup was more of a challenge, as the slow, long cooking can result in washed-out flavor. We found that soy sauce, sherry, and thyme added early on helped boost flavor and the addition of beef bones to store-bought chicken and beef broths reproduced the rich meatiness of the classic. Apple butter highlighted the flavor of the onions without drawing attention to itself and also helped make for a rich, silky broth.

For the cheese croutons

For the cheese croutons

*Note: After halving the onions, slice them through the root end for hearty slices that will hold up to long cooking.

Want more slow cooker recipes from America’s Test Kitchen?
Check out The Complete Slow Cooker Cookbook… it’s got 400 of them!