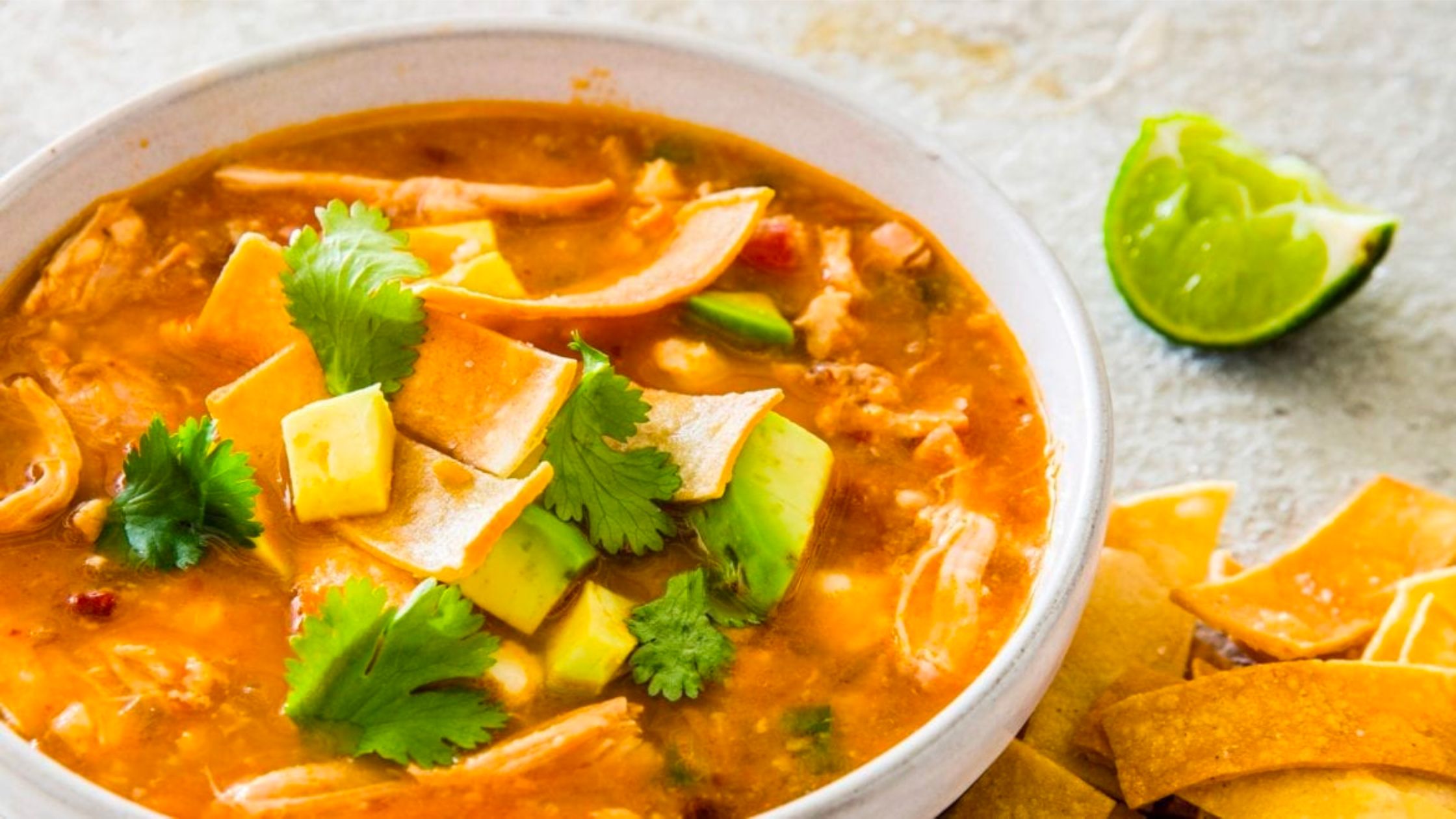 There’s nothing better than a tasty, gut-warming soup when it’s cold outside. Add a little fresh bread, maybe some cheese, and a glass of wine (see our story on winter wines), and you’ve got the perfect winter feast. This Chicken Tortilla Soup recipe, courtesy of America’s Test Kitchen, is and easy-to-make crowd pleaser!

Why this recipe works: This turbocharged take on chicken soup features a spicy, tomatoey broth overflowing with garnishes and tender shredded chicken. To replicate the traditionally deep, smoky, roasted flavor of the broth in a slow cooker, typically achieved by charring the vegetables, we browned some of the vegetables in a skillet before adding them to the slow cooker. Using chipotle chiles in adobo sauce (which are dried, smoked jalapeños in a spicy chile sauce) also added some smokiness along with a spicy kick. For even more heat, include the jalapeño seeds. Don’t omit the garnishes; the flavor of the soup depends heavily on them.

Want more slow cooker recipes from America’s Test Kitchen?
Check out The Complete Slow Cooker Cookbook… it’s got 400 of them!