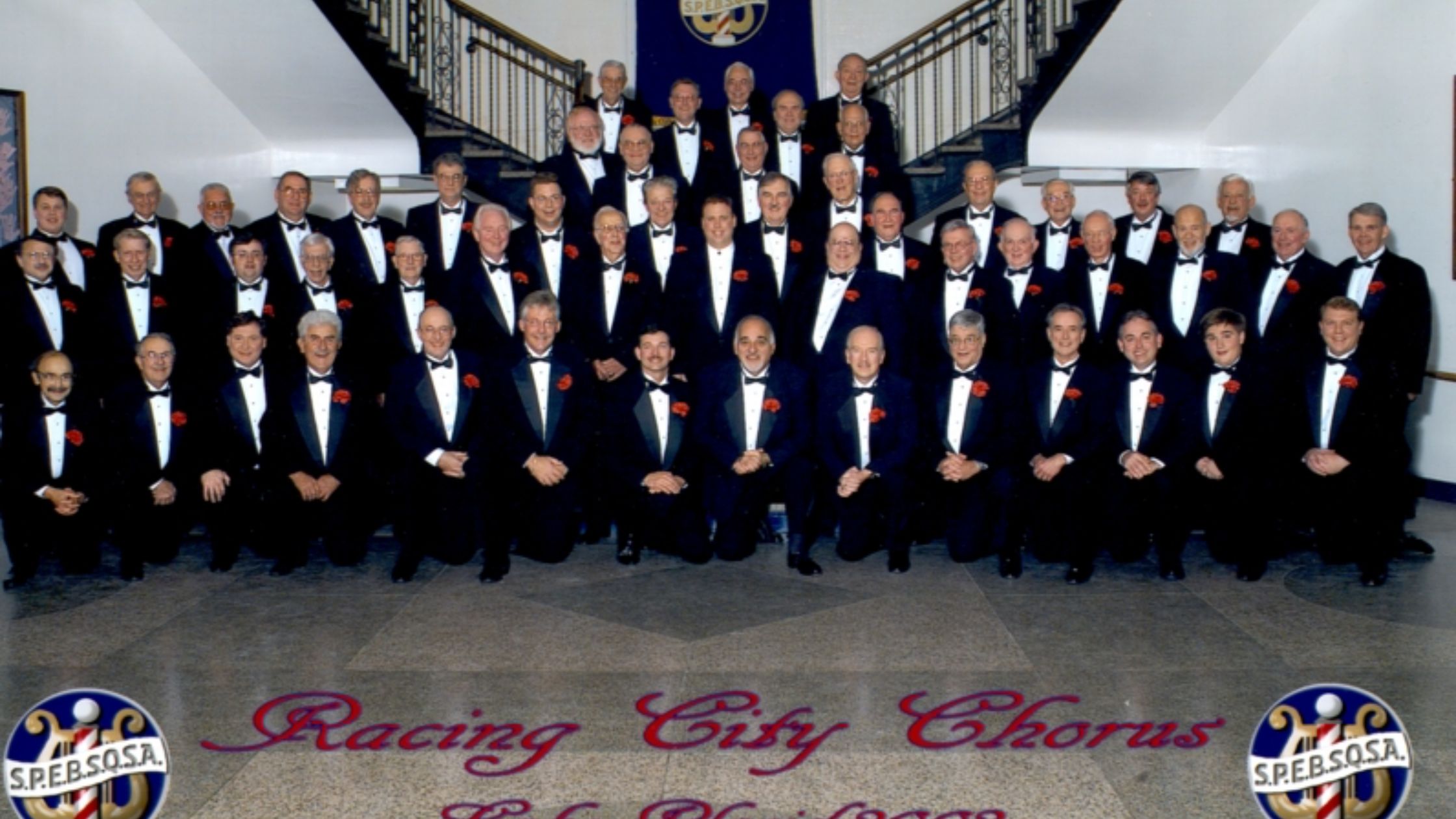 The Racing City Chorus Might Be Right for You

For 66 years the men of Racing City Chorus have been entertaining the Capital Region with a capella tunes sung in four-part harmony. Primarily consisting of amateur singers, this 30-member group meets weekly to practice, perform, and socialize, and they are looking for some new members to join them. The group has grown recently, adding five members in the last few months, but Rusty Senecal, the president of Racing City Chorus, insists the more the merrier. “There is safety in numbers,” Senecal says. “We’re a group of average singers. We’re not soloists at all, but when you put it together it comes out pretty decent.”

Who Are They Looking For?

Senecal has been focused on growing the group for the last year or so, which has been difficult considering all the difficulties Covid has presented for groups gathering to inhale and exhale together. So who, exactly, is he looking for? Senecal says that they’d love to recruit any men “who like to sing, who can sing, and who can learn the music.” While that may sound intimidating, he says they make learning the music simple. “We have vocal learning tracks on our website, so no matter which part you sing — the bass, the tenor, the baritone, or the lead [which sings the melody] — you just need to listen to it and replay it until you’ve got it down. I listen to my part while I’m in the car driving to work; it’s not hard at all.” 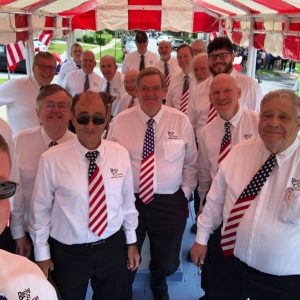 Senecal would love to have some younger singers join the chorus, too. “We’re looking for guys who are, from an age standpoint, empty nesters. The average age right now is somewhere north of  65-70, but we are trying to bring it down.” The focus on empty nesters is based in part on the reality of two-career families raising kids. It’s often just too hard for those in their 30s and 40s who still have kids in school who are involved in other activities. “It’s easier to get a solid commitment from people just north of that age group,” Senecal says.

In addition to lowering the average age a tad, the chorus wants to attract more people from all over the Capital Region. “We’d like to not just attach ourselves to Saratoga Springs. We’re trying to get more Capital Region guys involved,” he says, “so we’ve done sing-out performances in Troy and Waterford, and we’re looking to do something up in Glens Falls as well.” They also have moved one rehearsal a month to Clifton Park to try and draw people who have a hard time getting to Saratoga Springs every week, and they’ve also made it easier to accommodate people virtually via Zoom. The RCC knows that it can be difficult making a weekly commitment, so they are above all, flexible. 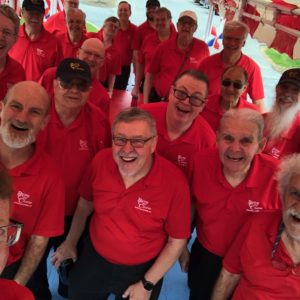 The Racing City Chorus performs throughout the year, singing for civic and charitable organizations, private groups, churches, community events, parades, and fundraisers. They meet most Tuesdays at PBA Hall in Saratoga Springs, and at St. Edward’s Church in Clifton Park on the 4th Tuesday of every month. Rehearsals start at 7:30 and go until 10 pm, but it’s understood that the schedule is flexible and members leave when they need to. “You make what [rehearsals] you can,” Senecal says. “Most guys attend three out of four rehearsals a month. We have one guy who goes to Florida for the winter, and another that goes to South Carolina. They try to join in over Zoom just to keep up, but the commitment is that you will learn the music on your own.”

Racing City Chorus is a community-based organization that is a chapter of the Barbershop Harmony Society (BHS), a non-profit of approximately 25,000 members worldwide. The local chapter dues that go directly to the Racing City Chorus are just $40 per year. There are additional costs associated with the uniforms that the men wear to concerts and competitions, but the group tries to defray those costs as much as possible. “If there are a lot of new guys we don’t wear our tuxes, because we don’t want to make them go out and buy one right away,” Senecal says. “But we have hand-me-downs from the guys who’ve had to leave, and sometimes we just require a matching tie and shirt to make things easier.”

Senecal says members cherish two things above all else: the friendships they’ve made and maintained throughout the years, and the satisfaction from creating music together. Many of the men in RCC have been singing in the group for at least five years, while others have been members for over 50 years, a testament to the quality of their brotherhood if there ever was one.

If you are interested in joining, guests are welcome to view any rehearsal, and directions are included on their website here.  You can also email membership@racingcitychorus.org, or call (518)504-SING (7464).