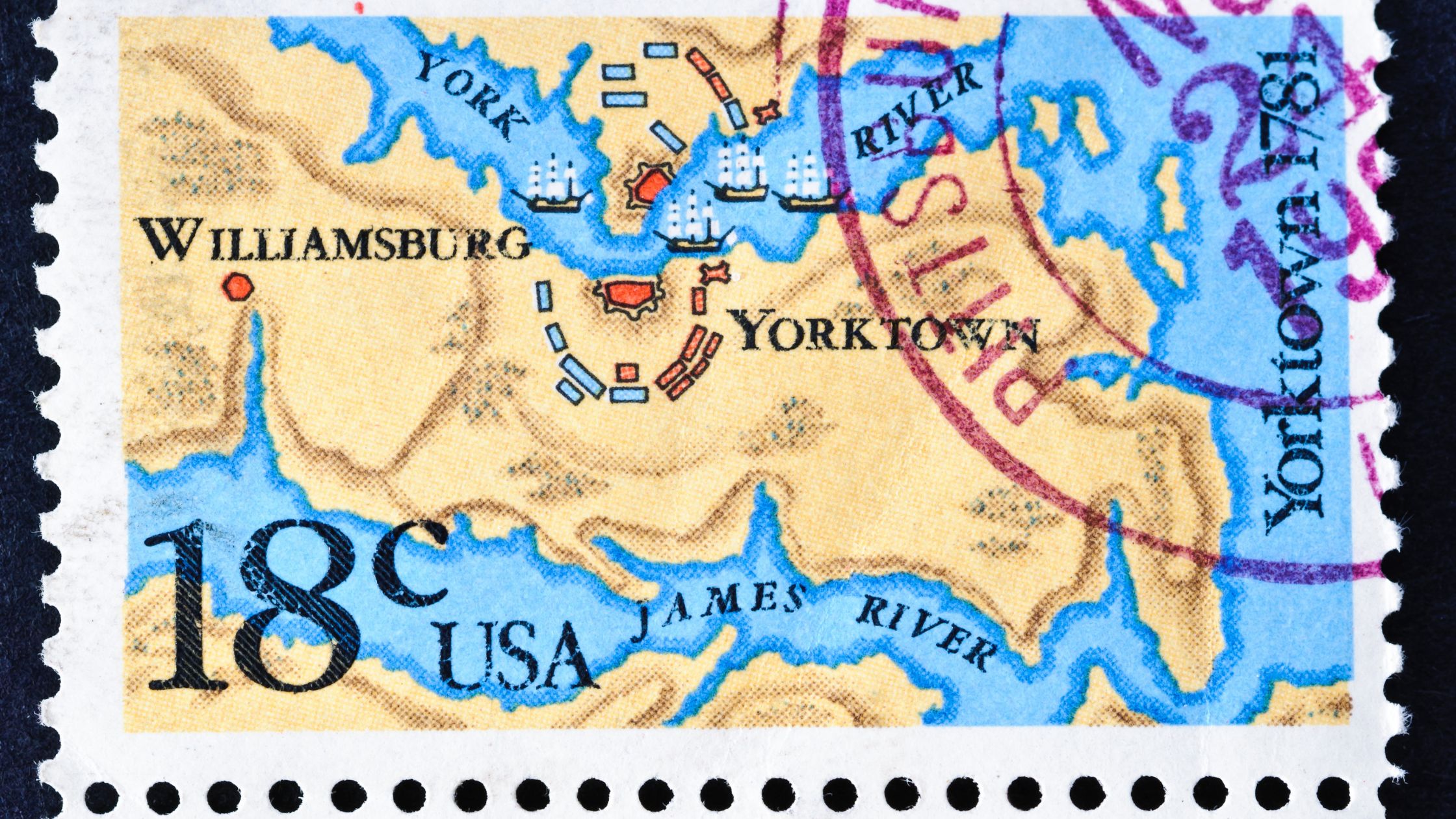 If you find yourself in the Historic Triangle of Virginia — an area that encompasses historic Williamsburg, Jamestown, and Yorktown — you would be remiss not to spend at least a day visiting Yorktown. Often overshadowed by the bigger tourist draw of Colonial Williamsburg, Yorktown pays homage to its rich history in an equally compelling way. Because it is most well-known for being the site of the siege and subsequent surrender of General Cornwallis to end the Revolutionary War, Yorktown highlights a different aspect of our colonial past. 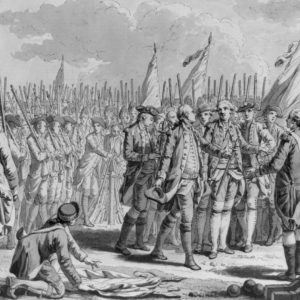 Yorktown was founded in 1691 as a port on the York River so English colonists could export tobacco to Europe. Through the Revolutionary War, Yorktown was a small settlement with bustling trade. In 1781, it was the base where British General Charles Cornwallis was besieged and the site of the last major battle of the Revolutionary War. Almost 100 years later, in 1862, the town was captured by the Union following the siege and Battle of Yorktown, and was used as a Union base to launch an attack on Richmond under General George McClellan. Because of its strategic location and unique geography, Yorktown is still immersed in military operations; surrounding the area are several major military installations, including Joint Base Langley-Eustis and Norfolk Naval Station. 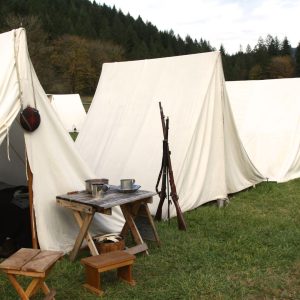 Obviously, the thing you absolutely must do when you visit Yorktown is check out the Historic area, particularly The American Revolution Museum. The museum celebrated its grand opening in 2017 and features comprehensive, immersive indoor exhibits, including an award-winning 30 minute film, Liberty Fever, which is an engaging look at what it must’ve been like to live in Revolutionary America. While the exhibits contain fascinating articles, the most impressive artiles is featured in their outdoor setting. They have recreated a Continental Army encampment where historical interpreters present musket-firing demonstrations, lectures on espionage, medical care (including the “new” method of small-pox vaccinations), and answer questions about daily camp life.

Just past the encampment is a historically accurate Revolution-era farm based on the well-documented life of Edward Moss, who lived in Yorktown in the late 1700s. Here you will find more historical interpreters who are more than happy to demonstrate various tools and crafts, as well as lead you through a building that represents the living quarters for enslaved people, a rare insight into colonial life that often gets “overlooked” at many historical re-enactments.

The Siege of Yorktown and the Yorktown Battlefield 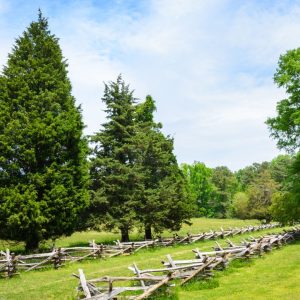 To get the best feel for the battlefields, your first stop should be the Yorktown Battlefield Visitor Center. Run by the National Park Service, it features a small-but-worthwhile museum (including one of George Washington’s battlefield tents!) , a short film, and information about ranger-led programs or self-guided tours. You have the option to explore the fields and historic buildings on foot, or take a driving tour that includes the encampment areas. Both are worthwhile, particularly when the weather is pleasant. Points of interest include Cornwallis’ Cave, the Moore House, Surrender Field, George Washington’s Headquarters, and the French Artillery Park. 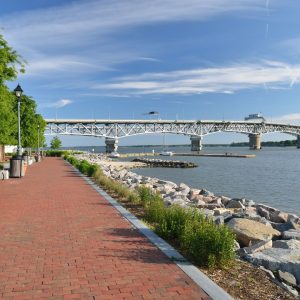 When you’re done immersing yourself in the Revolutionary era, take a break along the waterfront of the Yorktown beach. Referred to as Riverwalk Landing in tourism guides and official documents (but definitely not by locals), the area is a bustling and eclectic gathering of boutique shops and eateries. The Water Street Grille is the best place to have a delicious dinner, with outdoor seating that offers a great view of the Coleman Bridge and a perfect vantage point for people watching. A brief walk down the riverfront will take you to the Yorktown Pub, a highly popular place to get fresh seafood featuring local ingredients and to take in live entertainment.

Also right downtown is the Watermen’s Museum, a tiny but wonderful tribute to the people who established the area and made their living on the water. The museum is a big hit with travelers young and old, but a particular highlight is when they recreate a sea-to-shore cannon battle. The only trick is to visit when the museum is not rented out as a wedding venue — which is increasingly common — in which case it will be closed to the public. 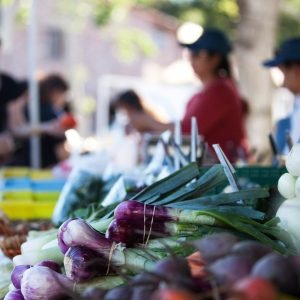 If you’re athletically-inclined, consider renting kayaks and paddle boards to play with on the river, or rent a segue to help you explore downtown Yorktown at higher speeds. Also, if you visit between May and October, a fantastic Farmers’ Market runs every Saturday with food trucks, a large variety of vendors, and live entertainment.