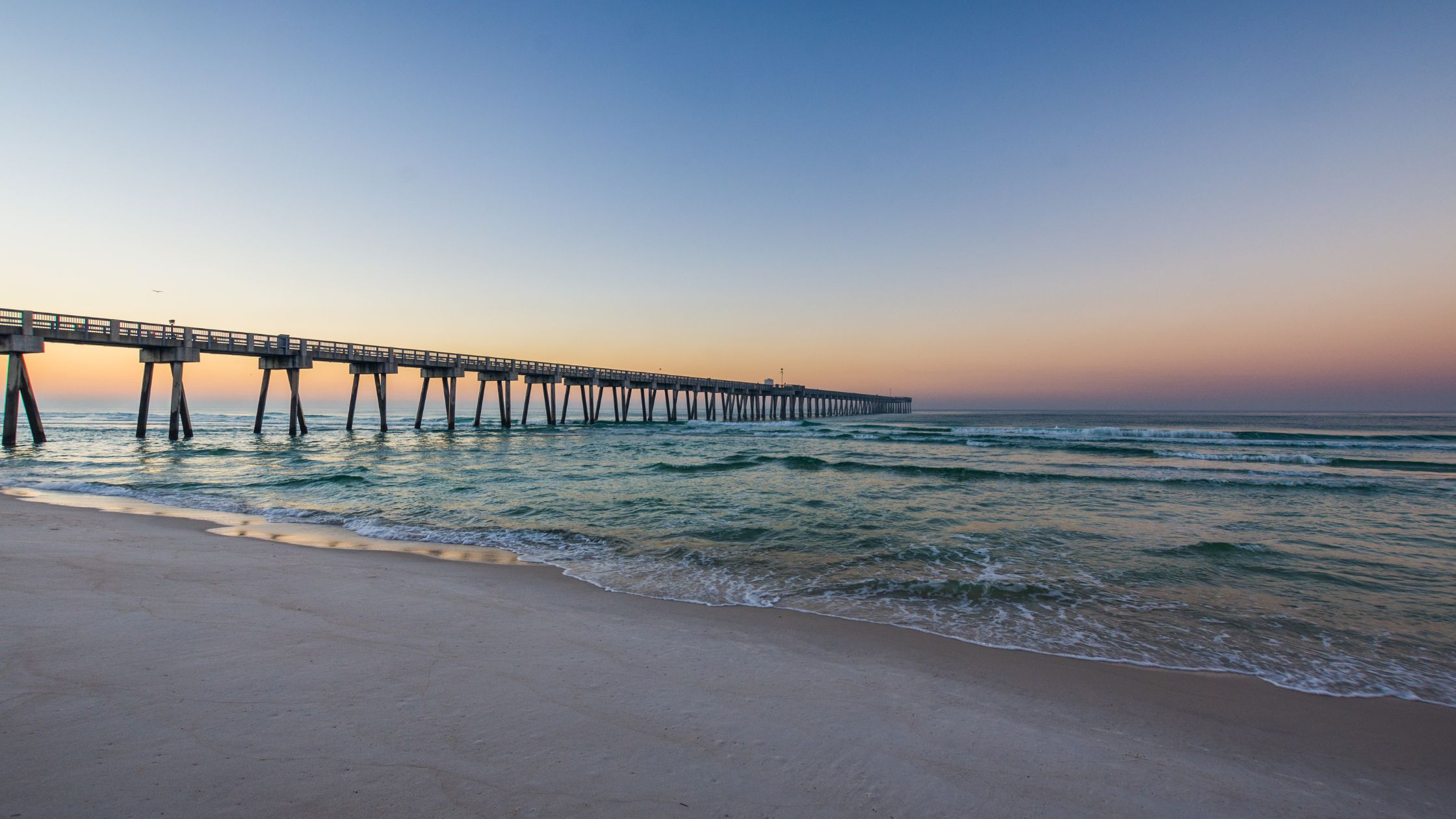 Choosing to vacation in Florida almost seems like the lazy cold weather choice. On the other hand, the state has been bestowed with some of the most beautiful — and popular — vacation locations in the entire United States, though, so it would be silly not to go.

But if you want to experience pristine white sand beaches and clear turquoise water without such a hefty price tag, consider Panama City Beach. It was named Trip Advisor’s #2 Emerging Destination in the World in 2021, so we recommend you visit before it becomes the next Orlando (i.e.: beautiful and fun, but way too expensive.) Also, early Fall is the best time to visit, as the summer crowds have left but the weather and water are still perfection. Located right on the inner corner of the Florida Panhandle, this part of the Gulf is affectionately called “The Redneck Riviera,” for reasons that quickly become obvious once you step off the plane. 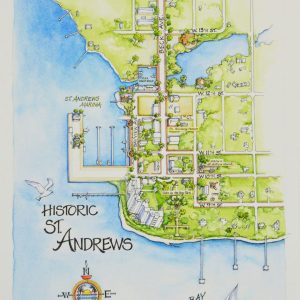 Like much of Florida, the area now known as Panama City was once host to a thriving Native American population. When the Spanish conquistadors explored the region in the 1600s, the primary inhabitants were the Chatot and Yucci tribes, and many landmarks, such as the Choctawhatchee River, still carry their indigenous names. The first English settlement, Old Town, was established around 1765, and later became the fishing village of St. Andrews. During the Revolutionary War the area was a safe haven for many marginalized populations; one group was the British Loyalists who grew indigo and developed prosperous naval stores and lumber industries. The area was also a thriving community for free blacks and Native American refugees. By 1827, the area had grown as a center for salt production, fishing, sawmills, boat building, and spas known as “sea baths.”

In the Civil War St. Andrews again backed the losing side and devoted their considerable resources to producing salt and salt fish for the Confederate Army. Federal forces quickly put the kibosh on their efforts, and in 1862 leveled the town with a devastating fire. 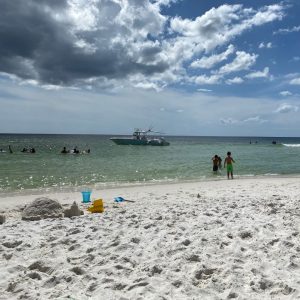 Panama City, as we know it today, was formed in 1909 by the incorporation of the smaller communities of St. Andrews, Millville (the town that arose to support the successful paper mill), Harrison, and Floriopolis. The town’s leadership, which included the entrepreneur George Mortimer West, chose the name “Panama City” in the hopes that it would spur real estate development and international expansion trade, as it was the closest developed US port to the Panama Canal, which was being built at the time.

In World War II the town again boomed, thanks to its wartime industries and the fact that Clark Gable trained at Tyndall Air Force Base for six weeks to gain his “silver wings.” More recently, Panama City Beach gained some notoriety as a Spring Break mecca in the 1990s, but the town has since quelled the party atmosphere with a series of laws and regulations to make the town more family friendly.

Panama City has great places to visit aside from the beaches (don’t worry, we’ll get to that). Historic St. Andrews is probably our favorite spot. The main thoroughfare is lined with quirky boutique stores and memorable restaurants. One place, Barefoot On the Bay, is nestled between two bigger, touristy-but-delicious venues, and boasts the tastiest oysters you’ll ever find at a price that will make you order a second platter. Los Antojitos is a local favorite, featuring standard Mexican fare but with gorgeous waterside patio seating. (Their margaritas are nothing to scoff at, either.) Other notable places to try include: 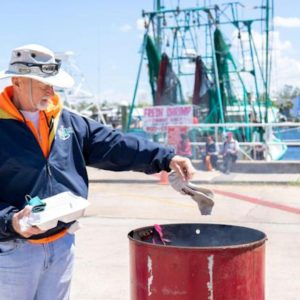 Aside from the food (such good food!) and shopping, the historic St. Andrews area boasts the beautiful Oaks by the Bay Park, and plays host to the quirky Burning of the Socks Festival. Every spring on May 14th, St. Andrews Marina performs the Blessing of the Fleet and “Freeing of the Feet.” The tradition arose as a symbolic gesture to bid adieu to chilly weather (and it served to dispose of the tired, stinky socks that were sported by sailors through the winter months), but has become a joyous celebration of springtime. 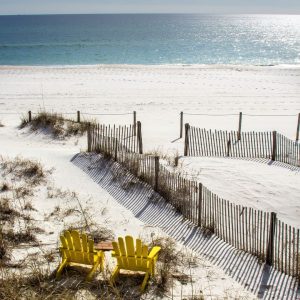 Panama City lays claim to 27 miles of stunning, sugar-white sand beaches, and about 100 access points, so visitors looking to spend a day at the beach have quite a few locations to choose from. No matter where you choose to put down your towel, you are guaranteed to have sand that squeaks when you walk on it (due to its high silica content), warm, clear blue water, and it’s likely you’ll spot a dolphin fin or two during your visit.

St. Andrews State Park is a local favorite, probably because it is the beach closest to the Hathaway Bridge — and thus less touristy — and it is always well-maintained. The facilities include bathrooms, showers, a small gift shop, and a rental shop for kayaks, boogie boards, inflatables, and SUPs (Stand Up Paddleboards) for reasonable rates. 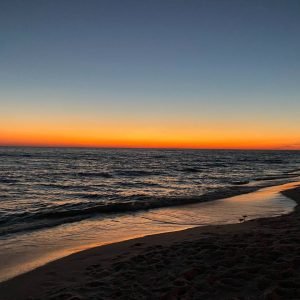 The list of popular activities you can enjoy in St. Andrews State Park (other than swimming, of course) is extensive: biking along the 2-mile paved road, birding, fishing, hiking, kayaking, SUPing, surfing, snorkeling, SCUBA diving, camping, and RVing. There is a boat launch for those who bring their own, but they also offer a shuttle service out to Shell Island, a very popular place for people who prefer their beaches a little less crowded.

As you go west along Beach Front Road, which you can probably surmise runs along the coastline, the tourist-factor ramps up a bit. The number of high-rise hotels starts to increase, and you will see more beach-side venues offering the usual fare: cheap beach gear and fried seafood. (The best tourist trap on this part of the route is definitely Pineapple Willy’s, which offers delicious beachy food on a pier that runs right out to the water.) You can access the beach and beach facilities at a number of places along this road; the trick is just finding parking.

Eventually, you will have made your way to Pier Park, PCB’s premier shopping and entertainment destination. This massive complex offers a number of recognizable places to eat (Margaritaville, anyone?) and outlet-style stores, as well as a smattering of unique places to discover. For the locals, though, it’s most often a place to park if you want to bring your dog to Dog Beach, which is just across the street under the Pier. (This is a fun place to walk in the morning and evening, where friendly canine companions sometimes outnumber their human counterparts.) To get a taste of how beautiful it is there now, check out the live beach camera they keep running year-round: Live Cam. (This was particularly fascinating to watch when Hurricane Michael hit in 2018, until it was blown away in the storm.)

Finally, on the far western border of Panama City Beach is Camp Helen State Park, an often overlooked “ecological gem.” The park is bordered by water on three sides, one of which is Lake Powell, a large, rare, coastal dune lake. Throughout the year the lake will occasionally breach the spit of land that separates it from the Gulf of Mexico, creating a brackish water channel that has led to a profusion of interesting wildlife. People love to swim, snorkel, and fish here, as well as hike the excellent trails in the cooler seasons.

When you’re ready for a break from the beach (it can happen!), Gulf World is a great place to visit. In addition to the usual aquarium offerings — giant tanks filled with fascinating fish — it has a number of opportunities to get more up-close and personal than you usually can. The ray tank lets visitors pet docile rays without paying an extra fee, while gorgeous Macaws sit on perches right along the walkways. The park also has affordable “encounter” experiences, allowing people to pay for packages that include swimming with dolphins, kissing a sea lion, petting a penguin, or feeding the rays. The thing that makes Gulf World special is that you don’t get that skeevy “we are exploiting animals for money” feeling so common at some marine parks. The people who work there are passionate about their conservation efforts, and every animal you encounter has a story that its keeper wants to share.