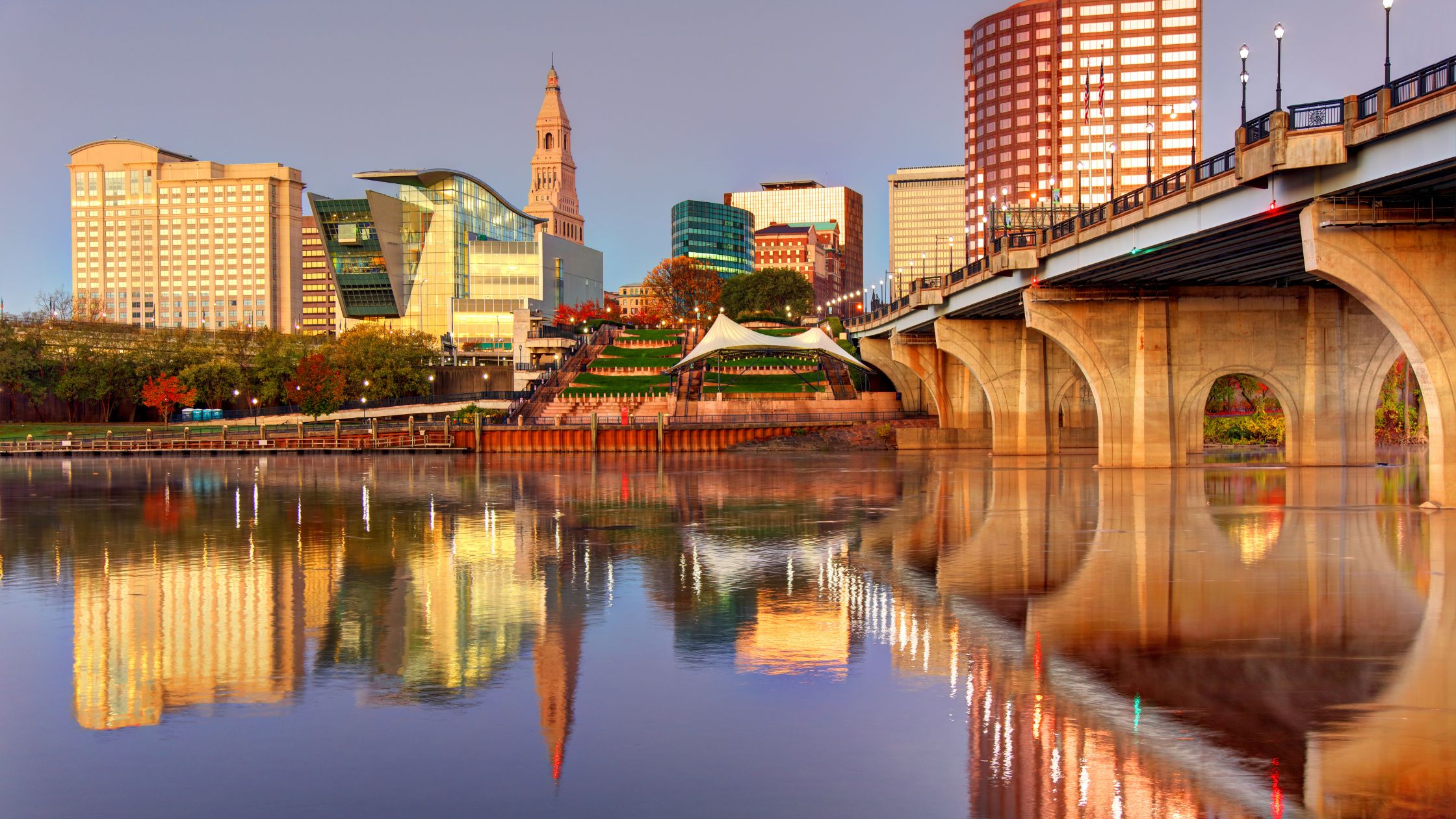 At best, the Constitution State gets overlooked by tourists for more popular New England destinations; at worst, it’s derided as an outlier suburb of New York City. But for those in the know, Connecticut has tons to offer in terms of landmarks, quality museums, and outdoor adventures. If you’re looking to book a quick getaway, consider Hartford — the state’s Capital — for an enlightening trip. Here are just a few of your options for a visit. 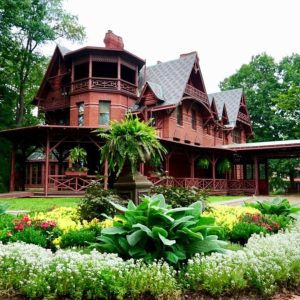 Mark Twain House and Museum: Mark Twain — the pen name of Samuel Longhorne Clemens — is one of America’s most well-known authors and an infamous wit. He lived all over the country in his lifetime but it was in Hartford, Connecticut, that he wrote The Adventures of Tom Sawyer and The Adventures of Huckleberry Finn. His Victorian Gothic style home located on Farmington Avenue was where he and his wife happily and eccentrically raised their daughters from 1874 to 1891. The three-story mansion was built with every modern convenience, and Louis C. Tiffany was notably one of the four designers engaged for the interior of the house.

Tours are offered through the visitors’ center, and the guides relish telling stories about the playful family as you admire the magnificent library, imported fireplaces from India, and the billiards room on the top floor where Twain often entertained guests with liquor and cigars. As part of Hartford’s cultural scene, the house also hosts silent writing sessions (how could you not be inspired?) and special ghost and murder mystery themed tours as well.

Harriet Beecher Stowe Center: Best known for her novel Uncle Tom’s Cabin (1852), Stowe was an ardent abolitionist whose work helped to shift attitudes regarding slavery in the years leading up to the civil war. She was also Twain’s neighbor, living in the house on Forest Street from 1873 until her death in 1896. The visitors’ center is located in the adjoining carriage house, and contains the largest collection of materials related to Stowe, comprising decorative arts, fine art, furniture, manuscripts, books, and more. There are also displays geared towards the Abolition movement, African-American history, women’s suffrage, and changing racial attitudes in the United States. 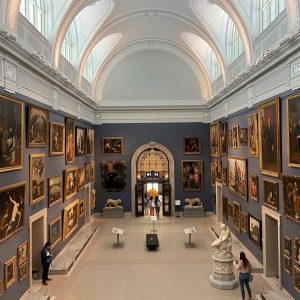 Wadsworth Atheneum: The Wadsworth Atheneum is the oldest public art museum in the United States, and houses more than 50,000 works of art in its impressive Gothic-style building. The extensive collections include examples of American Impressionist paintings by Claude Monet and Pierre-Auguste Renoir, landscapes by members of the Hudson River School, Italian Baroque paintings, and a wonderful exhibit of Surrealist artists including Salvador Dalí, Joan Miró, Max Ernst, and René Magritte. The Atheneum is also home to over 7,000 objects in its European Decorative Arts collection, and a room called the Cabinet of Art and Curiosity, which is inspired by Victorian collectors of art, technology, and natural curiosities. If you love art, this museum is a can’t-miss.

Bushnell Center for Performing Arts:  Named after Horace Bushnell, a revered 19th Century intellectual, the Bushnell has two performance spaces that feature all kinds of entertainment. Each season includes more than 350 events ranging from major Broadway tours, ballet, opera, intellectual forums, and pop tributes. The Hartford Symphony Orchestra performs concerts here regularly as well, so there’s something to interest everyone at any given time. 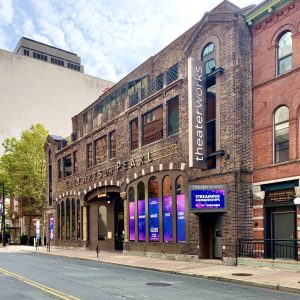 TheaterWorks: Founded in 1985, TheaterWorks started as an underground, edgy kind of community theater, and has grown to become an award-winning artistic endeavors. Performing out of a beautiful 1927 Art Deco building downtown, the organization has produced over 130 plays to positive reviews, and presents over 200 performances each season. During the pandemic, the company won kudos from the New York Times and more for its innovative online and in real life settings, such as the Riverfront Plaza.


The Hartford Stage: The Hartford Stage has been presenting revivals of classic plays and musicals as well as premiers of new and innovative works for stage for over 52 years. The company has a fantastic educational outreach program, and offers a variety of interactive events that allow visitors to join cast members for discussion after shows. 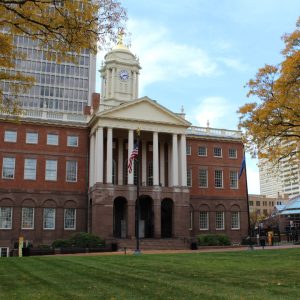 Old State House: Built in 1796 with impressive architecture designed by Charles Bulfinch, this National Historic Landmark is one of the nation’s oldest state houses, as well as the site of the first Amistad Trial. (If you’re unfamiliar, the decision handed down here was upheld by the US Supreme Court, holding slaves to be free and not the property of Spanish slave-traders.) Today the building is managed by an office of the Connecticut General Assembly, and is host to a number of interesting exhibits. Of particular interest is the Joseph Stewart museum of oddities, which is filled with “natural wonders” from all over the world, including shrunken heads, a two-headed calf, and Egyptian artifacts.

Colt Park and Coltsville Historic District: Together they comprise Coltsville National Historical Park, featuring two public swimming pools, playgrounds, sports facilities, and walking trails. But most notably, Colt Park is a 114-acre park on the former Armsmear Estate, given to the city in memory of Samuel Colt, the armament manufacturer. In his day, the park was a place where Colt and his employees’ families could relax and enjoy the natural surroundings. Colt was an advocate of “paternalistic capitalism,” so the park also included an industrial village, complete with a church built by the same architect who designed the Mark Twain House, Edward Tuckerman Potter. As a nod to Colt’s legacy, Potter incorporated Colt revolver parts into the decoration of the Armorer’s Entrance into the Church of the Good Shepherd. 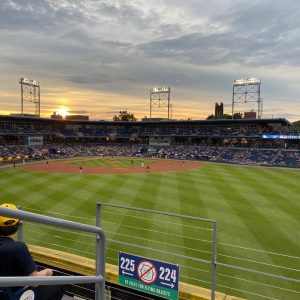 Dunkin’ Donuts Park:This relatively new (2016) baseball stadium is the home of the Hartford Yard Goats, a Double-A Minor League baseball team. The name Yard Goat is a slang term for a switcher, used on rail cars in a yard, and refers to Hartford’s history as a hub of rail transportation. However, the team has capitalized on the silly nature of the name – which was voted on by Connecticut residents – with fun merch and slogans. If you can catch a game here the stadium is excellently laid out, and offers a wide variety of delicious food and drink to enjoy as well.

XL Center: When baseball isn’t in season, the alternative option is to catch a basketball or hockey game at the XL Center in downtown Hartford. The Men’s and Women’s Huskies (of UCONN’s vaunted basketball program) play here to raucous crowds. For hockey, the Hartford Wolf Pack and UCONN Men’s hockey host games here as well. 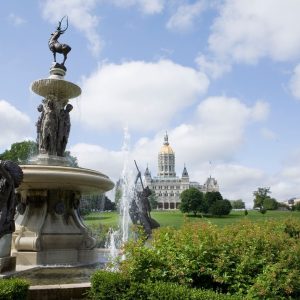 Bushnell Park:The oldest publicly funded park in the United States, Bushnell Park was envisioned by Reverend Horace Bushnell in the mid-19th century in order to give the people of Hartford a green open space – a concept that no other city in the U.S had yet completed. Featuring picturesque paths, a pond, a performance pavilion, and several memorials, the park spans over 50 acres. The most notable monuments in the park include the 1914 Stein and Goldstein Carousel – featuring a Wurlitzer band organ and 48 hand-carved horses, and one of only three in existence – and the Corning Fountain.

Charter Oak Landing Park: Most people come to Charter Oak Landing to launch their own boat for a lazy day of floating the Connecticut River, but it’s also a great place to take a boat tour or enjoy a day in the park. It’s a popular spot for fishing, picnicking, and taking leisurely walks along the park trails. The Charter Oak Bridge crosses the river to East Hartford and Great River Park, where an outdoor performance area features a 350-seat amphitheater. 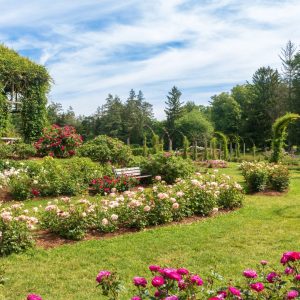 Elizabeth Park Rose Gardens: A favorite of locals as well as with tourists, Elizabeth Park is the country’s first municipal rose garden, and the third-largest in the United States. It has more than 15,000 rose bushes and consists of over 800 different varieties. The park was named for Elizabeth Pond, and was planted on 102 acres donated to the city by her husband Charles H. Pond in 1903. The park features open green spaces, elegant formal gardens, ponds, bridges, greenhouses, and a highly-rated Pond House Café.The best time to visit is in late June and early July, when the ramblers covering the arches are typically in full bloom. In winter the park is less visually spectacular, but is open for ice skating if you’re so inclined.

Mortensen Riverfront Plaza: Mortensen plaza is the most central of the four public parks connected by river walks (Charter Oak Landing, Riverside Park, Great River Park). It features a riverfront stage and a hillside of grassy terraces that can seat up to 2,500 people. Mortensen is hands-down the best place for viewing the annual Dragon Boat festival held in August.