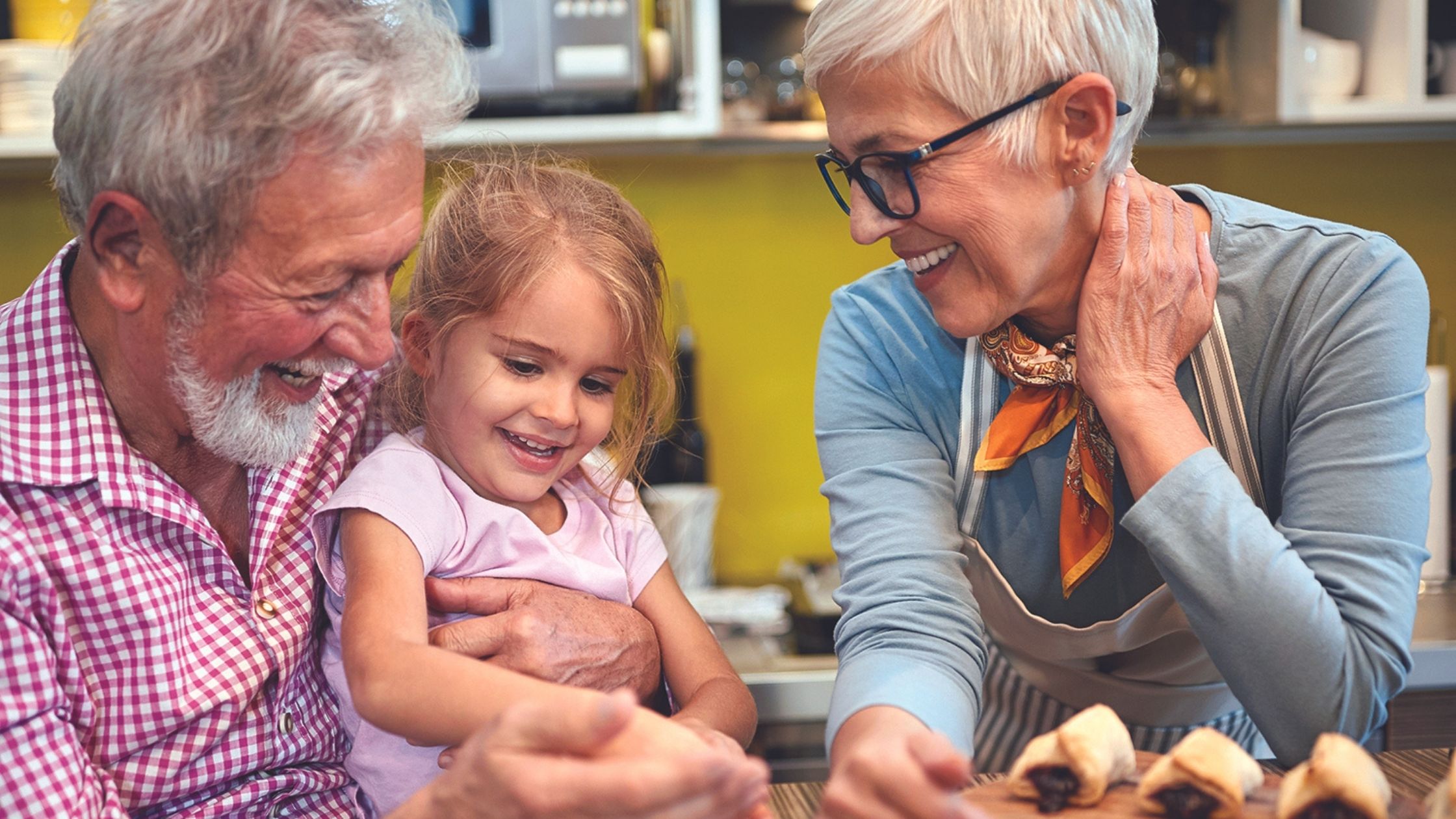 The COVID-19 pandemic has brought widespread attention to the rise of multigenerational living. The public health crisis has exerted economic pressure for many families, in some cases leaving people no choice but to pool their resources. Although the data is still catching up to reality, research released in the fall of 2020 suggested that the share of families living with children, parents, and grandparents under the same roof is growing rapidly.

While COVID has cast light on the growing cohort of parents, grandparents, and children who find themselves sharing their living arrangements, it’s just one small reason families decide to move in together. In fact, multigenerational living has been increasing in number for decades.

While we’ve grown accustomed to single-generation households, they’re a fairly modern invention. They reached their peak in the 1980s and have been declining ever since. According to the Pew Research Center, even in 2016, 64 million Americans—nearly 20 percent of the United States population—lived in multigenerational homes that contained two or more adult generations.

Two local beneficiaries of this trend are Adele Costa, 31, and her dad, Michael Costa, 61. When the elder Costa was evacuated from his Peace Corps position in Timor-Leste, a small Asian country near Indonesia, he reached out to his daughter for help.

“I got rid of everything to go into the Peace Corps,” Michael says. “When I came back, this was really the only place I could come back to.”

Adele and her partner were, fortunately, well-equipped to house her father. The pair had recently purchased a two-family townhome in Albany, and they offered Michael the small basement apartment.

The family had lived together as adults before, but their current arrangement represents a role reversal that Adele welcomes. During her young adulthood, “I was moving into this poor guy’s house so often,” she says. “It was so nice to be able to be like, ‘Yes, please, come live with me.’”

Michael contributes to the family’s expenses, but Adele says the bigger benefits of having her dad around are less tangible. “I’m a little bit of a workaholic,” she says. “He’ll come upstairs; he’ll offer me really good food that he’s made.”

The three have spent their lockdown bonding over television shows, taking walks together, sharing music, and raising foster kittens. “I know old people go on about how family is important all the time, but it’s because you keep running into the reality of it,” Michael says. “A lot of people have been suffering and I’ve been very lucky.”

Adele has helped her father access services that require computer skills, like scheduling a COVID vaccine and applying for unemployment. She says that without someone tech-savvy to assist, these services would have been difficult for him to access. She worries about older people who don’t have anyone to lend a hand.

“The world changes pretty fast. It’s good to have allies in your family,” Michael says.

Of course, moving in with family isn’t always easy. Data collected by AARP suggests that people who feel they were forced to live together by circumstance, rather than by choice, are more likely to have negative emotions about the change. With COVID as a driving force, newly multigenerational households may face more challenges when it comes to living in harmony.

Vanessa Bever, a marriage and family therapist in Troy, offers some insight for families who are considering sharing their spaces. In particular, she suggests involving the entire family in an intentional discussion about the importance of personal space.

“To get some privacy, we need to communicate boundaries,” Bever says. “It’s a learning opportunity for the kids. Even a five-year-old needs time alone, and they need to learn that this is an important part of everybody’s mental health.”

Bever suggested being specific about what alone time might look like, whether it’s closing a door to signal that you need some space or even specifying a schedule of availability for one another. It’s important to be realistic, too, about the likelihood that things won’t always go as planned.

“Somebody is going to inevitably encroach on somebody else’s individual time,” she says. A question she suggested posing to the family: “What are we going to do when that happens?”

Since any change in routine can be challenging, it’s important to be aware that a major shift in something as central as living arrangements can trigger mental health symptoms. There’s even a term for the sorts of issues that come with major life changes: “adjustment disorders,” which can show up as anxiety and other emotional ailments. Families should consider contacting a therapist if the transition is causing conflict or seriously affecting the individuals involved.

“Culturally, I’m Peruvian,” she says. “I grew up with my maternal grandparents. That’s the home I came home from the hospital in.

“I never felt alone; it’s a very collectivist kind of culture,” she adds. “I’ve thoroughly loved being a product of that.”

Tips for Digitizing Your Old Media