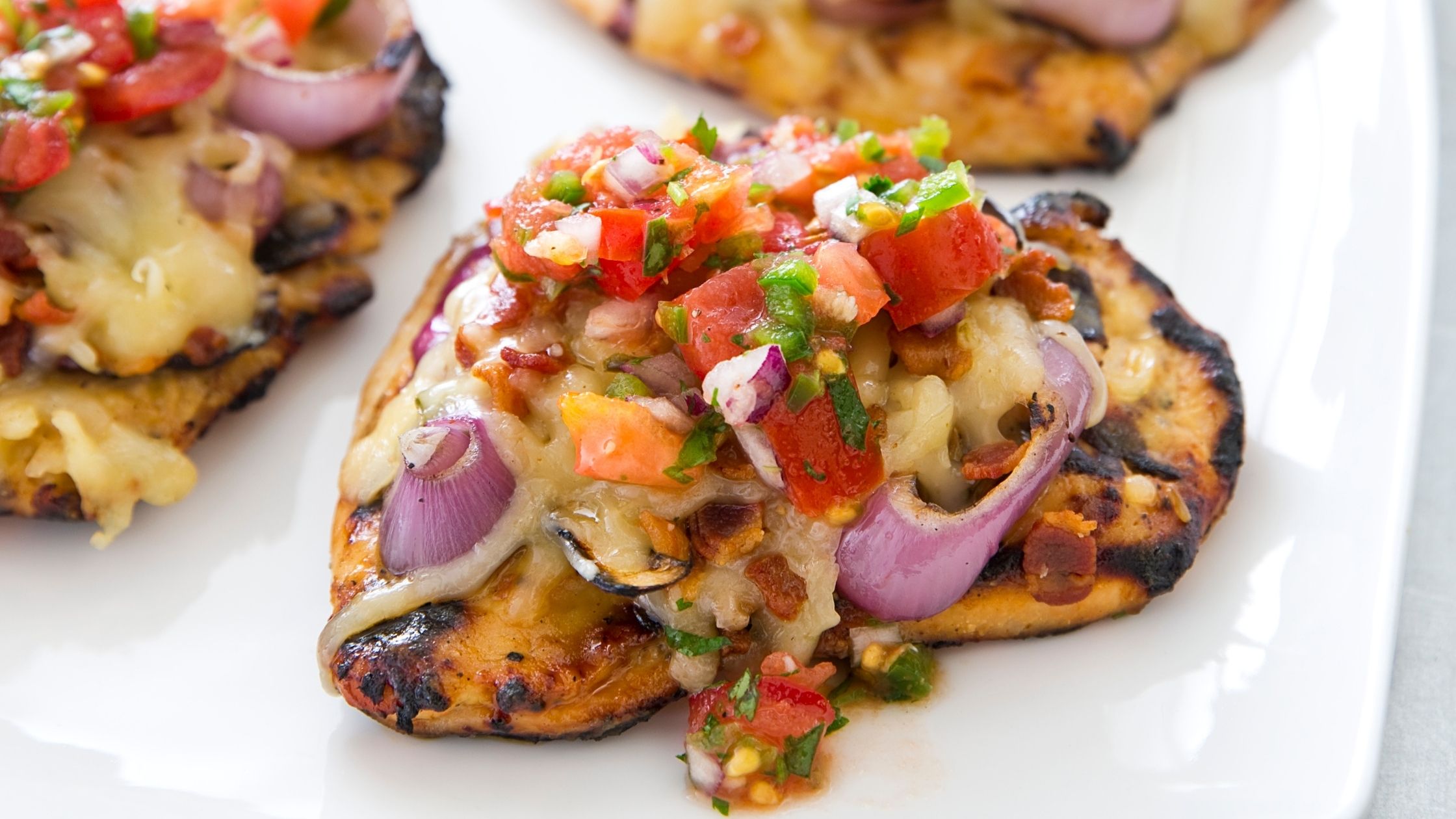 As invented by the Bonanza Steakhouse chain, Chicken Monterey consisted of a boneless chicken breast in the restaurant’s “exclusive Monterey marinade,” flame-broiled and then topped with bacon strips and melted Monterey Jack cheese. America’s Test Kitchen’s challenge was to create a version that would work for home grillers. Their first attempts were bland and dry. They then started butterflying boneless, skinless chicken breasts to provide more surface area for tasty char developed a simple mixture of honey, Dijon mustard, salt, and pepper for the marinade that could also double as a basting sauce on the grill. While the chicken cooked on the hotter side of the grill, they let red onion slices—basted with the reserved fat from cooking the bacon—soften on the cooler side of the grill. The combination of the grilled chicken topped with the smoky onions and a mixture of cooked diced bacon and spicy shredded pepper Jack cheese was a winner.

Skewer the onion slices with a toothpick to keep them from falling apart on the grill. You won’t need an entire red onion for this recipe; you can use the remainder to make Pico de Gallo (recipe follows).

To make this sauce spicier, include the jalapeño ribs and seeds.

Toss tomatoes with salt in a bowl. Transfer to a colander and let drain for 30 minutes. Combine drained tomatoes, onion, cilantro, jalapeño, lime juice, and garlic in the bowl. Season with salt and pepper to taste.

Looking for other great chicken recipes?

Bottoms up! Craft cocktails you can make at home.