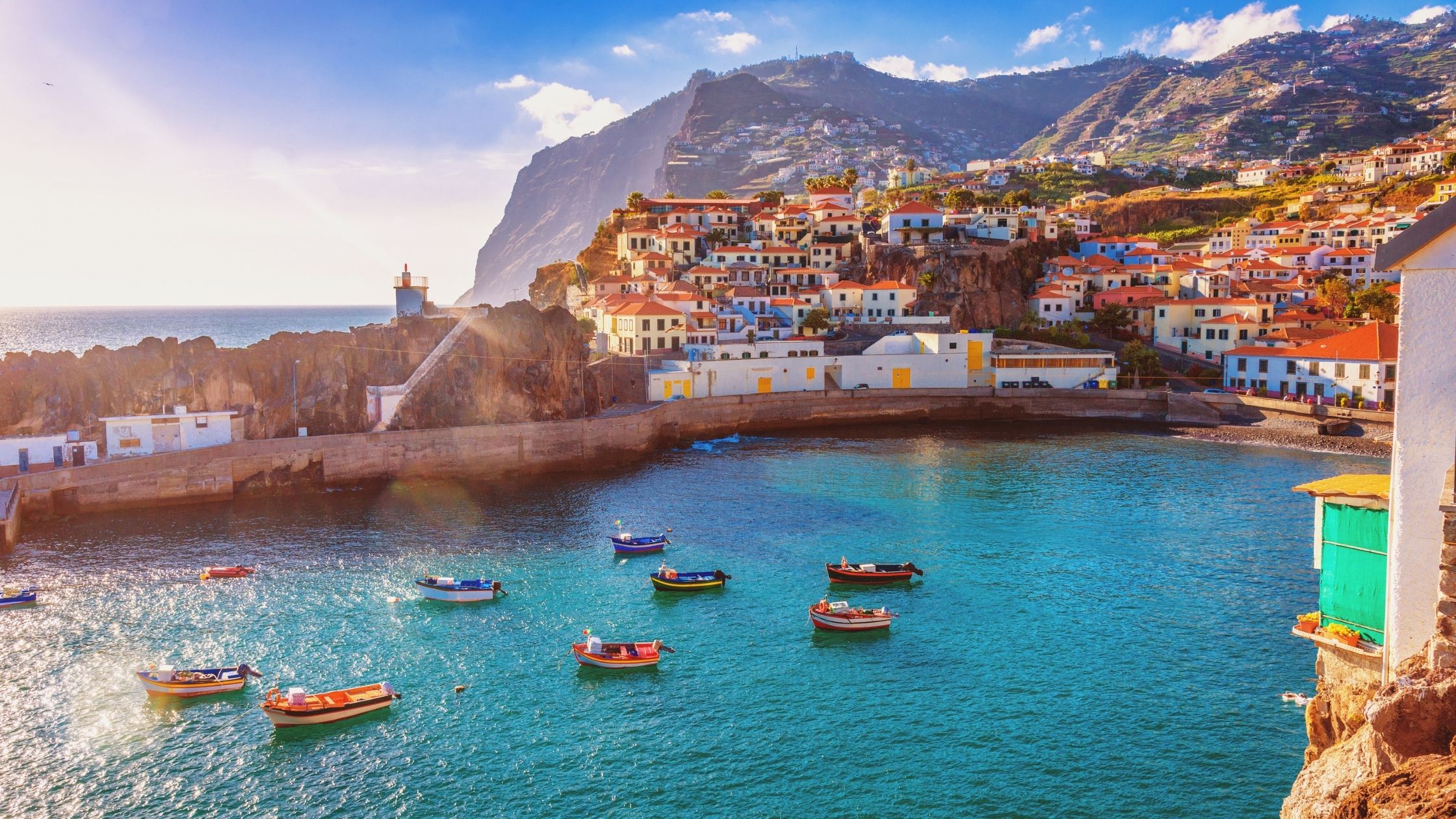 The American dream increasingly includes the desire to retire abroad. Whether it’s driven by a sense of adventure to be somewhere new in an idyllic setting, a lower cost of living, especially affordable health care, or to be near family, spending the golden years outside of the U.S. is a burgeoning trend. It’s especially tempting for those who need to work part-time in retirement and may be able to easily do so remotely anywhere in the world, depending on their profession.

According to a 2018 study by the Aegon Center for Longevity and Retirement, 13 percent of U.S. workers and retirees want to live abroad in retirement. More than 431,883 retired U.S. workers living overseas received Social Security benefits as of December 2019.

Only you can decide what makes a place ideal for retirement because it’s about as personal as it gets. But consider the findings of International Living’s Annual Global Retirement Index, which examines criteria such as affordable housing, climate, safety, visa/residency requirements, and cost of living, among others. This no doubt is a helpful start. Fill in the blanks with what is most important to you.

The best places to retire abroad

If you ask travel and financial gurus for the best place overseas for a late-life reboot, you’ll get a lot of different opinions. But certain countries keep popping up, be they on International Living’s list or from talking to other experts. Using that information, we made a list of the top five countries to retire abroad: Portugal, Costa Rica, Panama, Mexico, and Colombia. We’ll tell you why they should be considered, share a tale from retirees abroad, and include some advice about what to consider if you’re thinking that you, too, want to say adios to America.

This is the one country that almost everyone agrees should be on your shortlist. It was the 5th best place to retire on International Living’s 2021 Annual Global Retirement Index, with high scores for health care, housing, climate, and fitting in/entertainment. The country also has plenty of art, culture, and history, and the cuisine is to die for. Popular spots for retirees include Algarve, Lisbon, Porto, Madeira, and Azores.

According to Numbeo, a provider of research on cities and countries, the average cost of living in Portugal is 30 percent lower than in the U.S. while rent is nearly 50% lower. New North American residents in Portugal grew by 12 percent year-on-year (2020 compared to 2019), and 2019 was up 20 percent from 2018, according to the Portuguese Immigration and Borders Service.

According to Maurits Beltgens, founder of Expat Well, which helps expats navigate life abroad, one of the most popular visas for retirees is the D7 Visa, also known as the passive income/retirement visa, which allows Americans who are receiving passive income to settle in Portugal. The income threshold for this visa is around $12,500 per year, so even retirees who rely solely on Social Security benefits can qualify for it. He also notes the Golden Visa program that enables Americans to get Portuguese citizenship after making a property investment of the equivalent of at least 580,000 U.S. dollars. “Once they have Portuguese citizenship, they are free to live anywhere within the EU without needing any visas or residency permits,” says Beltgens.

Costa Rica is number one on International Living’s 2021 Retirement Index. It earned high marks for health care, cost of living, and fitting in/entertainment. According to International Living’s research, a couple can live “comfortably for about $2,000 a month, including rent for a two-bedroom home with North American amenities, air conditioning, plus groceries, entertainment, transportation, and health care. If your monthly budget is closer to $2,500 to $3,000, you will find a relaxed lifestyle with every comfort you require.”

It’s no small matter to retirees either that “Costa Rica has, by any standard, the highest quality of healthcare in Latin America,” says Blaine Thiederman, founder of Progress Wealth Management in Arvada, Colorado. “Universal health care is provided for citizens and permanent residents. For those who aren’t either, it’s about $100 a month for health care,” says Thiederman.

The “pura vida” or good life here is about the natural beauty, beaches, rainforest, hiking, fishing, golfing, horseback riding—and that’s just for starters. Another plus, he adds, “Crime is everywhere, but Costa Rica is incredibly safe.”

Another perennial favorite is Panama. Thiederman touts the country’s beautiful beaches, weather and health care. Also Medicare is accepted, low crime, English is widely spoken, and real estate is affordable. “The average home price in Panama City is anywhere from $190,000 to $300,000, well below that of most American cities with a coastal border,” says Thiederman.

International Living saluted Panama for factors such as the ease of getting a visa and establishing residency, health care and housing. For sure, the Panama pension program has perks. You must have a minimum monthly income of $1,000 from a government program or private corporation. You’ll be entitled to a 25 percent discount on airline tickets and 30 percent on other transportation, 10 percent off medicines, and 20 percent off bills for professional and technical services, among others.

Given Mexico’s proximity to the U.S., it is a familiar favorite. Many Americans throughout their lifetimes take jaunts to Mexico. They get to know it, feel comfortable there and decide it’s where they want to be in retirement. The beaches, food, culture, history, art, and ruins offer plenty to keep you happy during your retirement years.

The appeal also comes down to mula. “The economic factor is the main one I look at when looking at places to retire. Mexico is an obvious choice for Americans on a budget,” says Tim Leffel, author of A Better Life for Half the Price, which profiles countries that have the lowest cost of living. Mexico is also noted for its high quality and affordable health care.

This is the fourth best place on International Living’s 2021 Annual Retirement Index. The applause goes to Colombia for its stellar health care, ease of visa and residency requirements, and cost of living. The country has good public transportation and that sunshine will do wonders for your mood. You can explore cities such as Bogota, Cartagena, Medellin, and more. Nature lovers can get their fill of bird-watching, splashing in waterfalls and climbing mountains. That you can enjoy the Pacific and the Caribbean Sea is another benefit.

Tales from the retirement front

Of course, thinking about retiring abroad and doing it are two different beasts. Dawn Fleming, a retired international business attorney and her husband, Tom Clifford, a retired electrical engineer, had been visiting Isla Mujeres, Mexico, since 2001. She had traveled there for nearly a decade before their first trip as a couple. He fell in love with it as much as she did. In 2016 they left Florida and purchased an oceanfront home in Isla Mujeres. Though they are “retired,” they reconfigured the home they bought, doubled its size and turned it into a vacation villa that they manage themselves.

Because they had visited Isla Mujeres for many years, Fleming says they had a network in place that was valuable when they made the switch. That’s not to say there weren’t challenges. “Things move slower, so patience is required. Buying our house was a challenge. It took quite a while, and the process was confusing. Of course you have to find a new hairdresser, barber, dentist, doctor, etc.,” says Fleming, who just turned 60 and whose husband is 69.

What do they love most about Isla Mujeres? “The people are so kind, the natural beauty. We live in paradise. Isla has one of the 10 best beaches in the world. We’re an 18-minute ferry ride from Cancun and there’s a Costco and Home Depot. We can get to the U.S. in a few hours,” says Fleming, who is such an advocate of retiring abroad that she hosts a podcast, Overseas Life Redesign, and has a book, Claim Your Dream Life, coming out next year.

What to know before you go

Moving to another state can be full of hassles, so retiring abroad can seem more than daunting. The to-do and to-think-about list is massive. Here are a few key things to keep in mind.

You’re still tied to Uncle Sam. “Retirees living abroad must pay U.S. taxes on most income exceeding a minimum threshold. For single filers over the age of 65 it’s $14,050 and those filing jointly $27,400,” says Dennis Fagan, founder and chief financial advisor of Fagan Associates in Troy. “This includes your defined benefit pension plan, as well as withdrawals from plans such as an IRA, 401k or 403b. Generally, your Social Security benefits will also be taxed in the United States. Check with your tax advisor.”

Medicare is trickier. In most situations, Medicare will not pay for medical care or supplies outside of the U.S. Those who decide to live outside the U.S. once they are eligible for Medicare should still sign up for benefits. You may decide to return to the States or you might need specialty care that is superior to where you have chosen to retire. Signing up upon eligibility prevents penalties. For example, Part B premiums will be 10 percent higher for every 12-month period during which you were eligible but not enrolled. “Get health insurance right away when you move,” says Fagan. You want good coverage as you age.

Although you’ll need a local bank, consider holding onto your U.S. bank account. Find out if your bank has an agreement with a bank in your new locale that allows cash transfers without a significant fee. Also, keeping your investments stateside can help avoid hefty fees. A good resource for financial topics, as well as information about Medicare, voting from overseas, and more is American Citizens Abroad.

The key, says Fagan, is doing your research. “Understand the cost of living there, especially the cost of homeownership or renting, food, transportation—including the cost to travel from your new home back to the states,” says Fagan. “Visit the area many times prior to moving there. It’s one thing to vacation in a place and another to live there.”