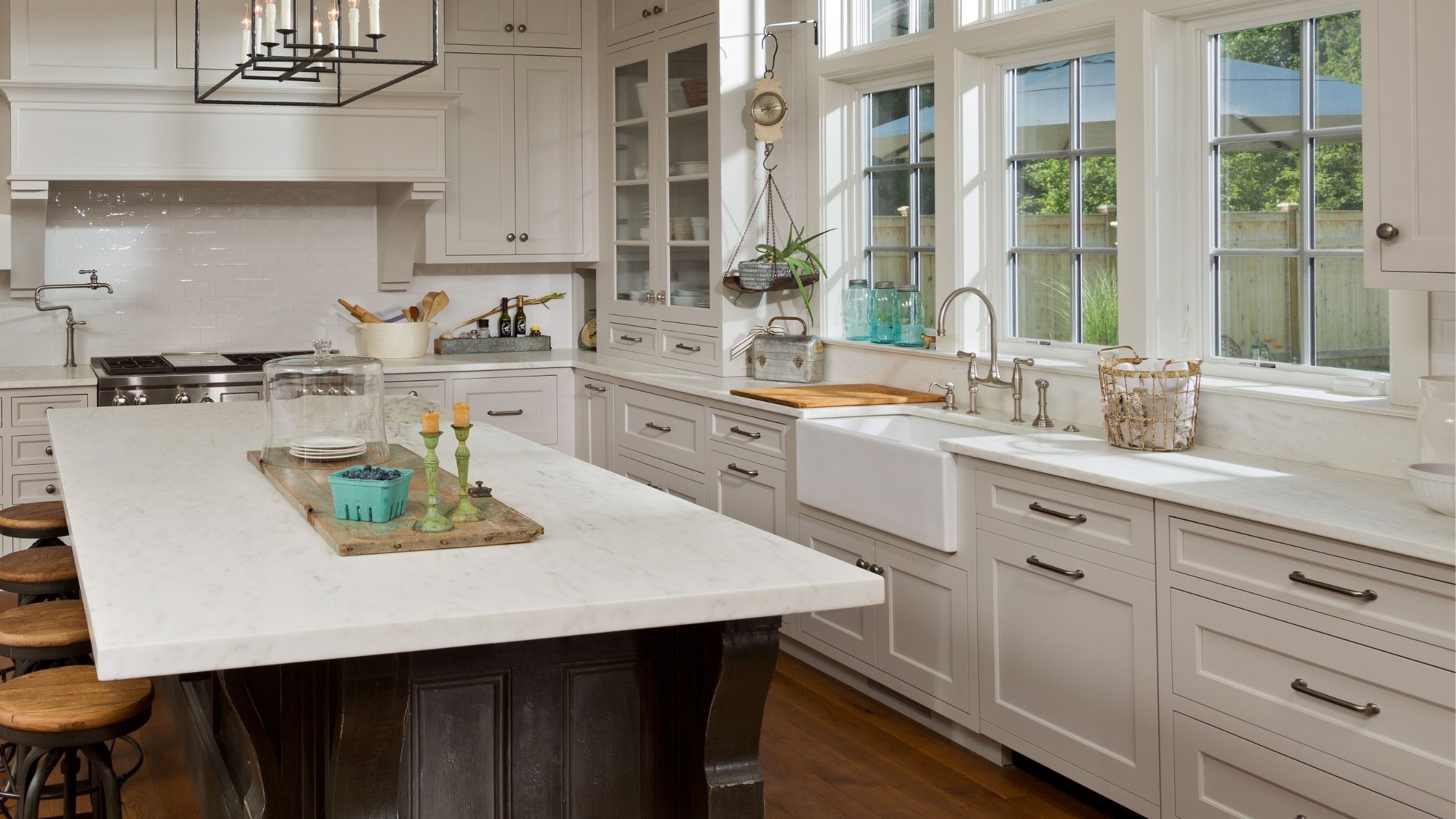 Keeping up with kitchen design trends isn’t a good enough reason to remodel your home.  But having a space that is both comfortable and inviting, as well as utilitarian, is just one reason to consider upgrading your kitchen to better fit your needs. After all, who wants to spend time in a space that doesn’t work or isn’t beautiful?

We asked a couple of Capital Region designers for their top tips on kitchen upgrades you can make today. First suggestion? Make a Pinterest board.

If you have one, you already know. If you don’t have one (or don’t use Pinterest), here’s what you’ll find: pages and pages of kitchen-design inspiration to curate into your own master vision for your kitchen. Do you want a two-island Nancy Myers extravaganza? Or do you like that Pioneer Woman country-kitchen look?

“I am always asked by my clients if I think something they like is ‘trendy,’” says Andrea Langford of Andrea Langford Designs in Clifton Park. “They want to stay away from ‘trendy’ but at the same time have an up-to-date look. They want a design that will last and not go out of style in a couple of years.”

Amy Paigo, a kitchen and bathroom designer at Teakwood Builders Inc. in Saratoga Springs, says Pinterest has a major influence on what her clients have been asking for recently.

Here are Paigo’s and Langford’s top tips for changes you can make to your kitchen.

Over the last half-century, the kitchen has become much more than a place to prepare food. It’s the entertainment space, the gathering space, the social space. That’s generated extra demand for islands—bigger islands, even multiple islands, Paigo says.

“I’ve had a lot of people want something that’s challenging for the size of one island, so then you have to break them up into two,” she says. “One for using and one for entertaining.”

Paint is one of those easy things to be on trend with, of course, because changing shades and tones is fairly easy and inexpensive.

“Hopefully heading out is the ‘Edison’ lamp in so many light fixtures,” Langford says. “The exposed light bulb is growing old. It was being applied everywhere and especially where it shouldn’t be, like at the vanity and over the kitchen island. From my perspective as a designer whose client’s wellbeing is important and might be of a certain age, the exposed light bulb is very harsh on the eye. They create glare, which is very unpleasant.”

Paigo also adds that lighting is improving and changing. Many of Paigo’s clients are asking for interior cabinet lighting, integrating it into the side walls. “That’s also good for people who are getting older,” she says. “It kinda highlights the whole cabinet.”

“One other thing I’ve done a lot lately is retractable doors,” Paigo says. “You make a really large cabinet so you can store appliances and then close the doors so you can hide them. It looks nice. It’s neat that you can throw [your appliances] behind closed doors.”

Paigo says another popular installation is a docking drawer, where you can charge your phone in a hidden spot.

STAY TRUE TO YOURSELF

“Be true to the style you like,” Langford says. “The opposite of trendy is classic. There are thousands of choices and combinations of materials and finishes, so stay true to what you like. Pay attention to the style of your home and how you live in it.”

Functional design is a classic design. “If you go with what you love, it doesn’t get old. If it makes you feel good and comfortable, then go for it,” Langford says. “If a design choice really makes you uncomfortable, don’t do it. It’s your home.”