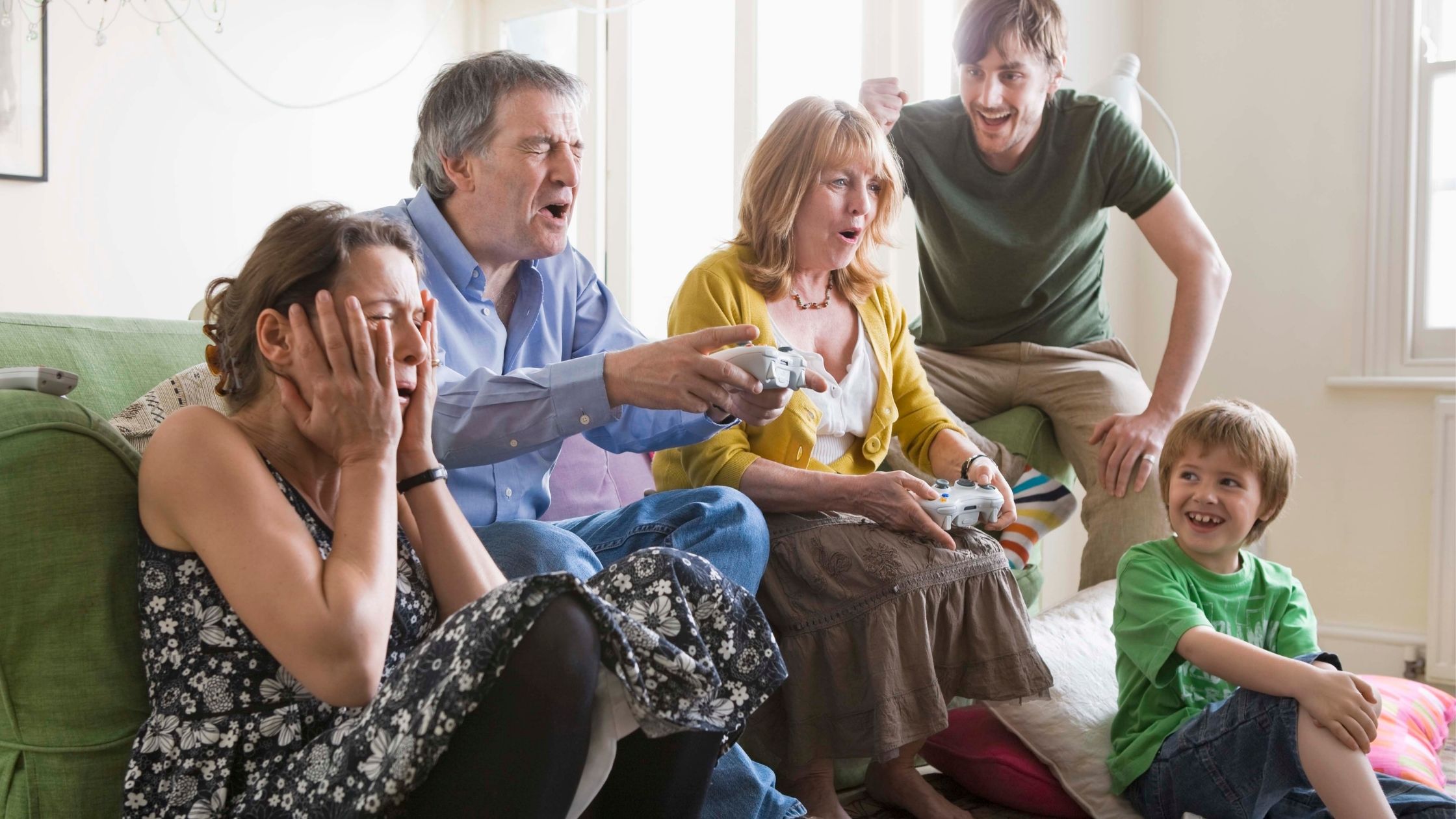 Bonding Over Video Games With Your Adult Children and Grandchildren

Video games have been a point of contention for families for several generations now. Since they don’t show any sign of going away, we’re here to suggest another tactic: if you can’t beat ‘em, join ‘em. Gaming has come a really long way from the days when your choices were between an animated plumber and gore-filled shoot-em-ups. It may be time to realize it’s a great way to connect with both your adult children and grandchildren.

If you’re a total gaming newbie, or n00b—that’s gamer-speak for someone who has never played before—the most important step is to start out simple or find someone to teach you. We’d be willing to bet that one of your children or grandchildren have a video game that they adore, and would love to tell you all about it. Even better? Have them show it to you. Listening to someone describe video games is a lot like listening to other people’s dreams: it’s only mildly interesting, and even then it is tough to really care. But if they can show you the game, you can get an idea of why it can be so fun or engrossing. The important thing is to pick your instructor wisely: I once asked my son about a Pokémon game and I’m pretty sure he’s still going on about it. I don’t know. I tuned him out after the first hour or so.

While phones have a gazillion games that you can play on them, many games are on platforms that require gaming systems, like a Playstation, XBox, or Nintendo Switch. If you want to try those types of games, ask to play on the one your child or grandkid is using before investing in something that’s expensive. Depending on the game, you might need to make an account to log into. Most of the time this is free, but it can be a headache so be prepared.

Once you’ve gained access, give the game a shot. Some games are really instinctive and easy to catch onto, while others are less so, but typically there is a reason that your progeny finds them so engrossing. We have found that it can be a wonderful bonding experience to have your grandchild explain how to play, and you might gain some valuable insight into what makes them tick. Plus, kids love to teach, so why not encourage them to develop that skill set?

Some games promote bonding and shared experiences better than others. There’s a reason Wordle is so popular after all: it’s competitive without you needing to directly compete with anyone else. Choosing a video game that encourages teamwork and open communication, however, can be a great way to bridge that inter-generational gap by providing a shared framework of interests. While this list is hardly comprehensive (there are so many options), here are some games that could be good starter games for you and your extended family.

Played on the Nintendo Switch, this game hit peak popularity during the early days of the COVID era, probably because it was accessible to kids and adults alike who suddenly had vast amounts of time on their hands in the same household. The basic premise is that you are trying to turn a remote island into a flourishing community. You do so by harvesting certain resources and then re-purposing those into building homes, planting crops, and developing relationships with the other “locals” (which are just computer-generated characters). It features adorable characters, simple gameplay that anyone can master, and has an addictive quality that is hard to quantify. The best part is that you can build an island together with your family members, or you could build your own and then travel between the two islands (online) to share resources and accomplishments. (My family has three generations playing this game together, and it has led to many a shared evening of laughs and goofy conversations. I live far away from them, and sometimes we even Facetime so we can play remotely but together.) 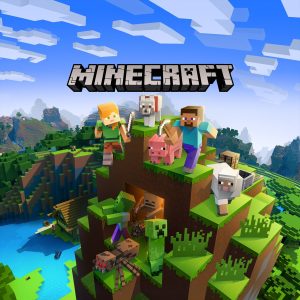 Minecraft can be played on a number of devices, including your phone, but does have limitations when playing across platforms. That said, it’s another great family bonding game because it allows people to build an online world together. Whether you play in “creative mode,” which doesn’t have any antagonists to harass you, or you play in “survival” or “adventure” mode, Minecraft encourages people to create landscapes and communities that can be really fun. The animation can take some getting used to, as it is purposefully really grainy and block-oriented, but it grows on you, we promise. Minecraft is an excellent game for kids because it inadvertently teaches them the foundations of coding, which is a fantastic skill for their generation. If you have grandsons, they’ve probably already tried their hand at this one, and would love to have an outlet to talk about all things “creepers” and “ender dragon” related.

There he is, that endearing mustachioed Italian plumber. We just can’t escape him. But the reason for Mario’s multi-generational appeal is that his creators have made all his games intuitive to play and really, really fun. And unlike the previous two games, it doesn’t require hours of your time to dedicate to gameplay: one race takes approximately one minute to complete, although you’ll obviously end up doing more than one.

The best part about this game is its simplicity: you just need to drive a car on a track as fast as you can. Some controllers allow you to do this with steering motions rather than buttons, which makes it even easier. And then, once you’ve mastered that, you can add layers of difficulty by learning how to shoot special items at other racers, or the little tricks that give you a momentary jet boost of speed, like flicking the controller up as you go over a jump. This is an all-ages game, which means you can hand the controller to a three-year-old and they’ll pick it up pretty fast, so it’s perfect for playing during large family gatherings when you want to play a game but not everyone is up for Monopoly. 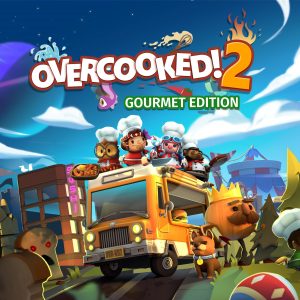 This one is good, clean fun that will have you all shouting at each other like you’re operating a Michelin-starred restaurant. Overcooked is a cooking simulation video game that allows up to four players to assist each other in cooking for a range of different restaurants and kitchens. Players have to work together to prepare a meal in a given amount of time while bumping into each other, running out of counter space, and above all ensuring that nothing gets burnt!

If none of those games appealed to you, not to worry—plenty of other options exist. And, if you can invest a little time into understanding the games that your grandchildren or adult children enjoy playing, maybe they’ll actually try sitting down to play a traditional board game the next time you ask. When all else fails, though, Scrabble is online, too.