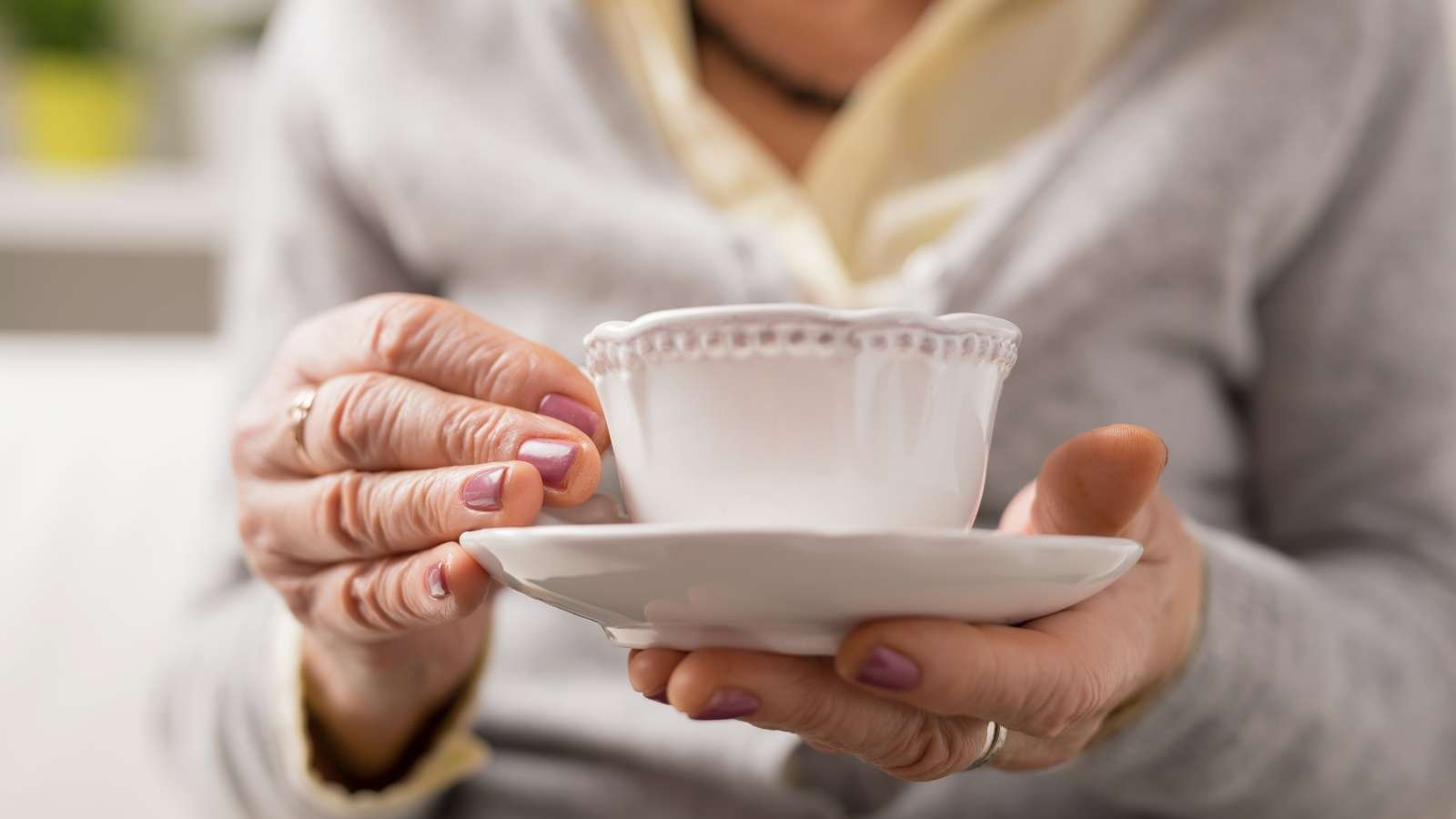 When I was on summer break from high school, I would go to my paternal grandmother’s house and help her out with projects around the house. My grandfather had passed some time before and my single uncle who lived with her, could not even spell hammer, let alone use one.

The two of us, Gram and I, would tackle projects that had to get done outside before winter set in. We also took care of some inside maintenance too.  This was a way for me to make money for school clothes and grandma to get her chores done.  I would stay for a week and we would squeeze as much in as possible.

Before the work began each day, grandma had to have her cup of coffee in the morning, this was a ritual not to be interfered with. In those days; coffee was perked in a pot on the stove top and she had it down to a science. Once the coffee was done, she would toast herself two pieces of white bread and slather them with butter.  The next step was to make the cup of coffee. She would get her favorite extra-large coffee cup, pour some condensed milk in the bottom, add a teaspoon of sugar, and then slowly pour that hot coffee into the cup. She would not use a spoon to mix things up and she would remark, “we mix the coffee this way Frank, no spoon!” “Yes gram”, I would say.

The next step in the ritual was to get the morning paper in hand and head to her favorite rocking chair on her back porch.  The porch afforded her a panoramic view of the back yard from her second story.  It was an enclosed porch, so it was a lovely place to sit.  She would get all situated and then have her first sip of coffee and let out a deep moan of satisfaction.  As soon as the moan was completed, she made sure that I opened the side window of the house to let her cat Rusty, a big old scruffy tomcat, in so he could join in the festivities.   He would make one large jump from the neighbor’s roof, in through the window and get close to grandma.  The world was just right for her to continue dunking her pieces of toast in the extra-large coffee cup and then followed with another large sip of her coffee.  You could say she was getting right with the world and readying herself to start her day. I too would have a cup of coffee and this started me on my coffee drinking journey.  I graduated to all black coffee, but I have my grandmother to thank for my affinity for a wonderful cup of coffee to start the day.

As I think back on it, it was more than just the coffee, it was the varied topics of conversation we would have during the sipping, that made it so special.  We would talk about family history, laugh about silly things, talk about the news, read Dear Abby aloud, talk to the cat, and just plan our day.  I would love to have just one more session with Gram and be reassured as always, by her, that everything was going to be ok.

Rheumatoid Arthritis: Haven’t Got Time for the Pain