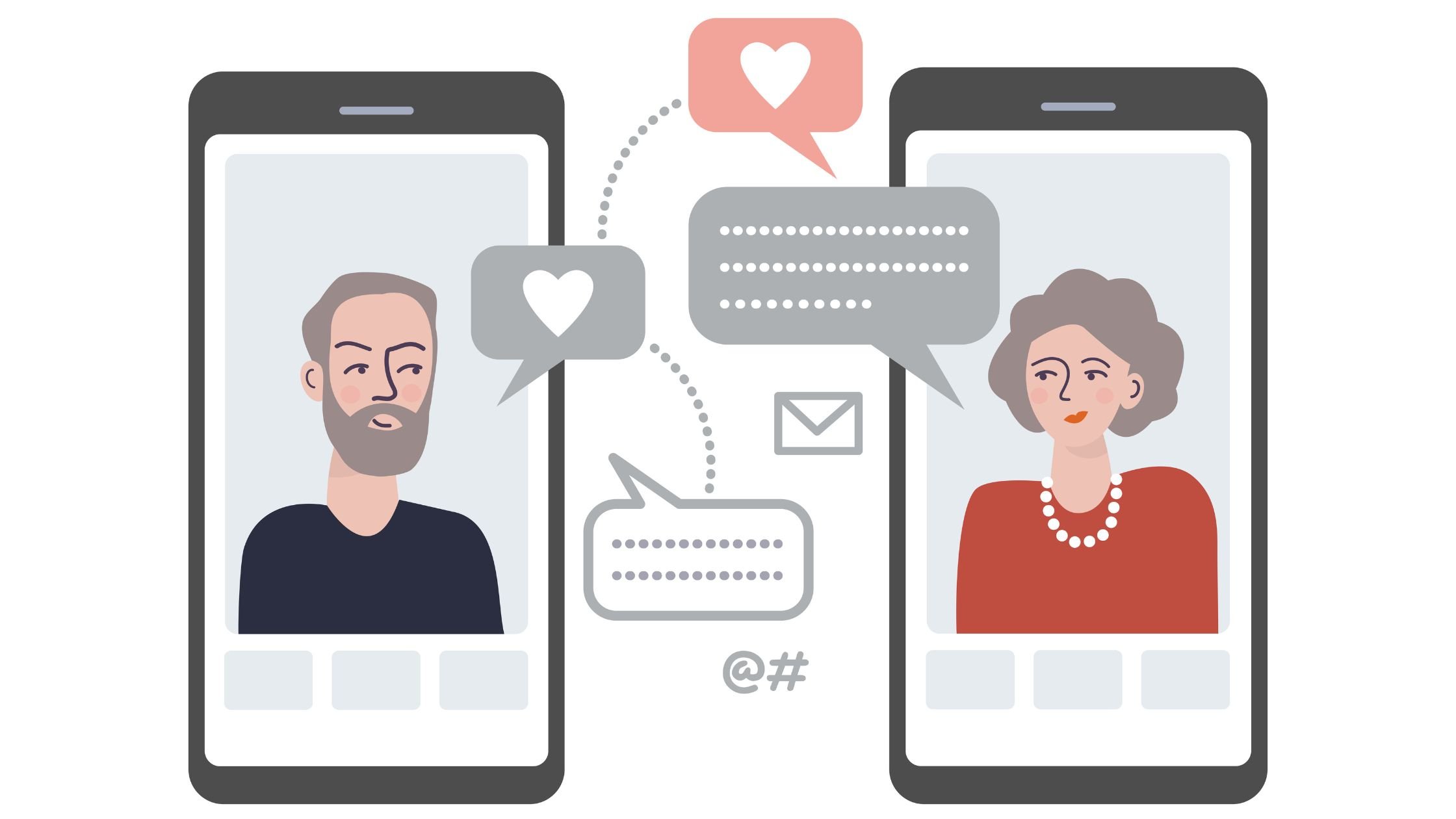 A look at the world of dating after 50

Back in the day, if you were single and ready to mingle, the advice was to casually look around the grocery store, the gym, your church or the library. Fast-forward to today, when everyone is rushing and/or wearing headphones, and reading books on Kindle, and meeting someone IRL (that’s “in real life” for those who are not up on their texting lingo) can seem as elusive as getting that date to the prom in high school.

All is not lost, however. Singles of all ages are looking for love in all the right places, and the dating pool is large, especially if you’re willing to dip your toe into the pool of dating 21st century-style.

According to an AARP survey, 56% of grandparents are either in the dating game or open to the idea. What they are seeking, however, depends on gender. A full 45% of female grandparents are looking for companionship, versus 25% of men. And 17% of grandmas want a partner, as compared to 30% of grandpas.

Knowing what you’re looking for is critical to dating in general, no matter your age, but it’s especially important if you’re going to try dating online. Online dating apps allow members to create profiles with photos and a narrative. They can then scroll through other singles nearby. They swipe right to indicate interest, while a left swipe is a no thanks. If you both swipe right, it’s a “match” and it’s time to begin the virtual introduction to see if they’re interested in talking to you and maybe, eventually, meeting in person.

While the process can seem cold and impersonal to people used to meeting at places or events, the virtual meeting room, if you will, can help eliminate the wheat from the chaff, so to speak. Courtney Rubin of East Greenbush used the dating app Bumble to try to meet new people, and was matched with the man who became her future husband, Bob Maggio. “I got really good at swiping left before we met,” Rubin says. “But after meeting Bob, we quickly took our profiles down.” After dating for years, the couple married on Father’s Day this summer.

Michele Rutland of Wynantskill considers herself an online dating dinosaur. “Back in 2005, I was one of the first people I know to try online dating,” Rutland says. “When people asked where I met someone, I would whisper ‘online.’”

All told, Rutland says she met about 25 men, not all of whom were good matches. “I kissed a few frogs before finding my prince,” Rutland says about her husband, John Broderick.

But apps aren’t the only online dating option. Virtual speed dating has taken off in leaps and bounds. Once done in person before social distancing became the new normal, the Zoom “meet and greet” allows singles to connect with up to 12 potential matches in a flurry of about 90 minutes. Participants have approximately 10 minutes for each conversation, which tends to be the usual “Where are you from?” and “What do you do?” If you’re on the shy side, organizers can supply a handy list of questions to ask your candidates. Then, you send in the list of daters you’d like to see again, and if they also indicated interest, voila, you’re both sent contact info.

Meetup.com is another site that provides interested singles with a chance to discover new friends or, perhaps, partners. The site is organized by interests, including everything from Reiki training, happy hours at area restaurants and swing dancing to walking tours of local sites and taking in current movies. These events take place in various settings; check the Meetup calendar online to give it a whirl.

Of course, plenty of couples still meet their sweethearts sans technical help. “I met my girlfriend the old-fashioned way,” says Sam Capuano of Lake Luzerne. “A guy walks into a bar…”

Or, you could marry your kindergarten sweetheart. Kelly Hughes and Jeff Barcomb of Colonie were friends in elementary school and had their first kiss playing Spin the Bottle. Then they drifted apart and both married other people. Flash-forward a couple of decades when the couple met by happenstance.

“I was at his restaurant in Albany planning our 30th high school reunion, and when I saw Jeff, I was instantly in love,” Hughes says. “It was literally like a lightning bolt.” She and Barcomb have been together for 12 years, married for 7.

Tales From an Online Dating Warrior

My time-consuming, ego-stomping and entertaining journey began a few years ago following my divorce. There are too many dating apps out there to even mention, but suffice it to say I was on most of them at one time or another—sometimes simultaneously.

Being a writer, you’d think penning a profile would be simple. Not so! Profiles are designed to make people seem intriguing, intelligent, unique and downright irresistible. Most of all, they have to make you stand out from the crowd.

A bit of advice if you are venturing into the rocky waters of online dating: Write about interests other than walks on the beach, kayaking and camping, because the majority of profiles list these as favorite activities. Upload a dozen photos, ideally showing you doing something other than kayaking. Also, enter your desired age range, location and a couple other smaller details. Then, the search ensues.

I must have sent more than 200 messages to men with well-written profiles and photos that appeared authentic. Most were ignored (ouch) but some ended up as first dates. I went bowling, played tennis (badly), hiked and biked, had coffee, crepes, ice cream, dinner or drinks. I sat through one-sided conversations about annuities, fixing clothes dryers, motorcycle club trips and details about family trees.

But I gritted my teeth, squared my shoulders and refused to give up. My foray into online dating paid off big time when I met my current serious significant other a year ago.

Online dating is not for the faint of heart. It is, ultimately, for the hopeful at heart.