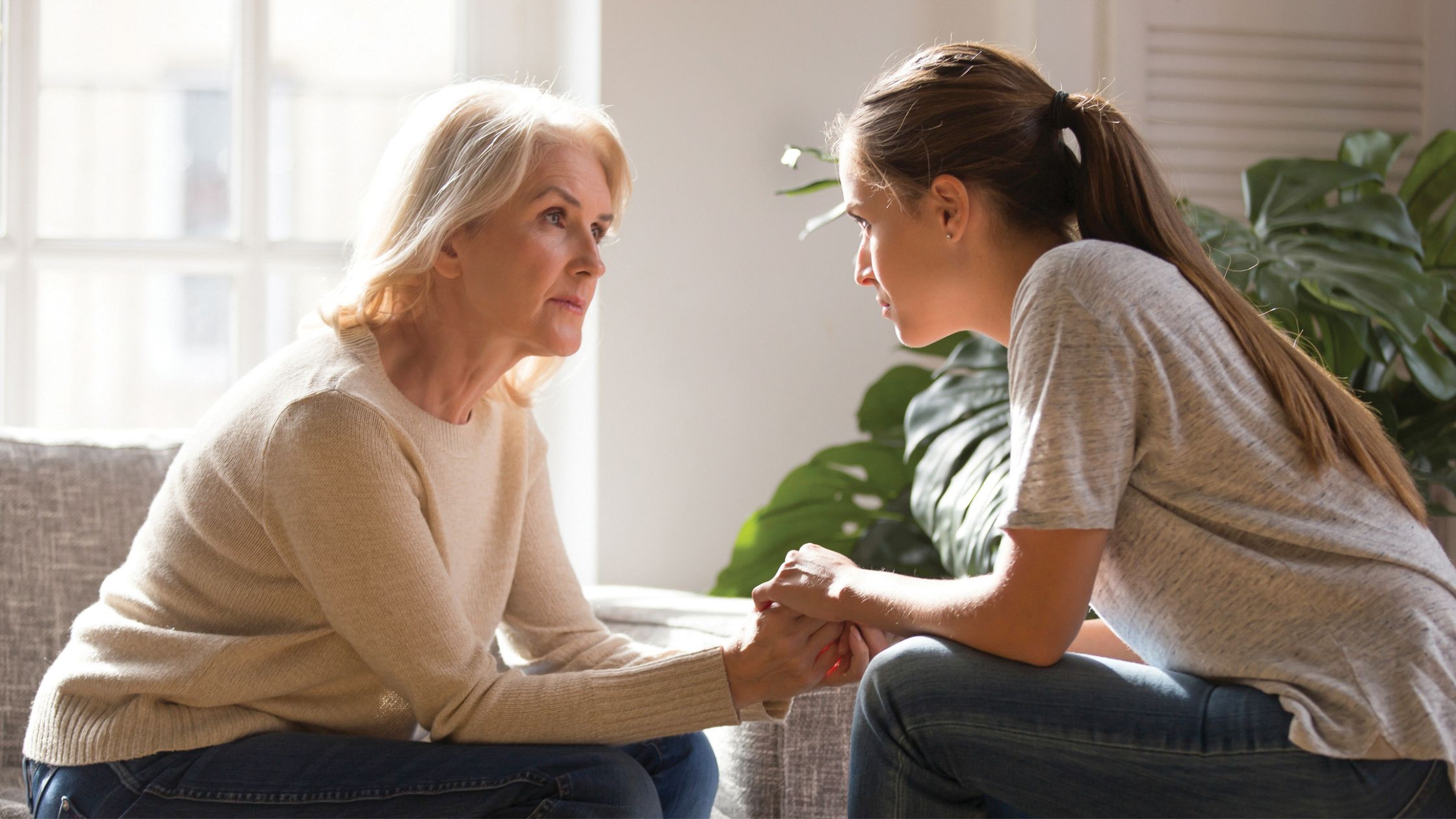 Coping with an adult child’s mental illness as a parent

Before attending a family wedding a few months ago, Lisa Trudeau emailed all her siblings urging them not to ask her 25-year-old son whether he was working or in school. Her son is living with mental illness and, she told her siblings, if they ask these questions, he’s going to feel badly about himself.

As any parent of an adult child with mental illness knows, the role is challenging enough without friends’ and family members’ judgment, uninformed advice and interference. Those well-meaning questions would have likely triggered a downhill spiral, says Trudeau, a retired Albany resident.

“I get a lot of the, ‘You’re too easy on him. You need to discipline him more,’” she says. There are no simple life hacks for parenting an adult child with mental illness. “It’s a matter of being there for him,” she says. She has learned that when her son, who has anxiety and schizoaffective disorder, is upset, she has to wait for him to settle his emotions; only then can they discuss what happened.

While it may feel as if you’re alone as a parent of a young adult living with a mental health issue, you’re not. Data from June 29 to July 1 from the U.S. Centers for Diseases Control and Prevention’s Household Pulse Survey shows 43% of adults ages 18 to 29 experienced symptoms of an anxiety or depressive disorder in the previous two weeks, while 37% of those 30 to 39 reported feeling anxious or depressed in the past 14 days.

The pandemic has taken a significant toll on young adults, many of whom grew up practicing active-shooter drills in school and who now live with financial uncertainty, a nation divided and extreme weather events. According to the American Psychological Association’s 2020 Stress in America survey, 34% of those 18 to 23 said their mental health has deteriorated compared with before the pandemic, and 19% of millennials reported a decline in their mental health from the previous year.

Whether your adult child struggles with anxiety, depression, bipolar disorder, an eating disorder, schizophrenia, or another mental illness, parents face trials that challenge their wisdom, patience, and their own mental well-being. While circumstances vary depending on the severity of the adult child’s mental illness, parents have to walk a fine line between supporting their adult kids to be as independent as possible and enabling them in a way that makes them financially or emotionally dependent, mental health experts say. And sometimes, despite expressions of love and parental support, adults with mental illness make choices that upset us.

“I say to parents, you can be supportive, but when you push or overstep boundaries, it can backfire,” says Jennifer Trudeau-Brown, a licensed mental health counselor with One Roof Holistic Health Center in Saratoga Springs.

Charlene Hewlett has a close relationship with her 22-year-old daughter and her daughter knows her parents believe in her and will be there if she needs them. When first diagnosed with anxiety as a teen, Hewlett encouraged her “not to let her anxiety keep her from living her best life.” Her daughter fulfilled her goal of traveling around Europe after graduation and is waitressing while researching graduate schools.

When her daughter was gripped by depression while in college, Hewlett drove the two hours from their Warren County home to comfort her and provide redirection. Fortunately, her daughter kept seeing her therapist and taking her medications. Not all young adults with mental illness are as compliant.

While most parents naturally worry about their children, regardless of their ages, Hewlett says, “I need to have confidence in her and trust that she’s going to continue to stay the path. I can’t hold her hand forever.” She learned from her own experience losing both her parents 11 weeks apart the importance of looking forward, she says. Her daughter “ran a half marathon a few months ago. Now she’s thinking about running a full marathon. She’s setting big goals so she has something positive to focus on.”

While her daughter is in a good place now, Hewlett says she learned the value of setting goals while earning her degree. “No goal is too big or too small. Getting out of bed on a bad day can be a goal to feel good about,” she says. “If you are in that really low place, that’s all your goal needs to be.”

If parents and their adult children live in the same place, Trudeau-Brown advises starting the conversation with a hug and making eye contact. Don’t ask a lot of questions, she says. Acknowledge that you see them struggling and tell them you’re there for them if they need you. For those whose adult kids live elsewhere, she suggests parents ask an open-ended question such as, “I was wondering what you’re up to and if you need anything.”

Either way, she recommends parents attend support groups such as those offered by the National Alliance on Mental Illness (NAMI), receive individual therapy for themselves, and consider family therapy, if their adult kids agree. You’re in a better position to think clearly if you make time to care for your own mental and physical health.

When Trudeau adopted her son at 10 months old, the single mother knew he faced health challenges. She considers herself lucky her son received a diagnosis as a child, so he had already learned that taking his medication made him better.

After graduating from a special school, he volunteered there as a peer mentor, but Trudeau says she has not been able to find appropriate work programs for adults with disabilities. He lives with her and helps with chores, earning a monthly allowance. She has learned to prioritize when to intervene, asking herself whether it’s a matter of her son’s safety, something important such as personal hygiene and completing his household chores, or things she just has to let go of.

“Try to separate what you want from your kid from what you need from your kid. That has been my driving philosophy all along. It’s not about you. It’s about them,” Trudeau says. “Try to stay connected as best you can. You’ve just got to hope at some point they’re going to come to the realization you’re not trying to control them.”