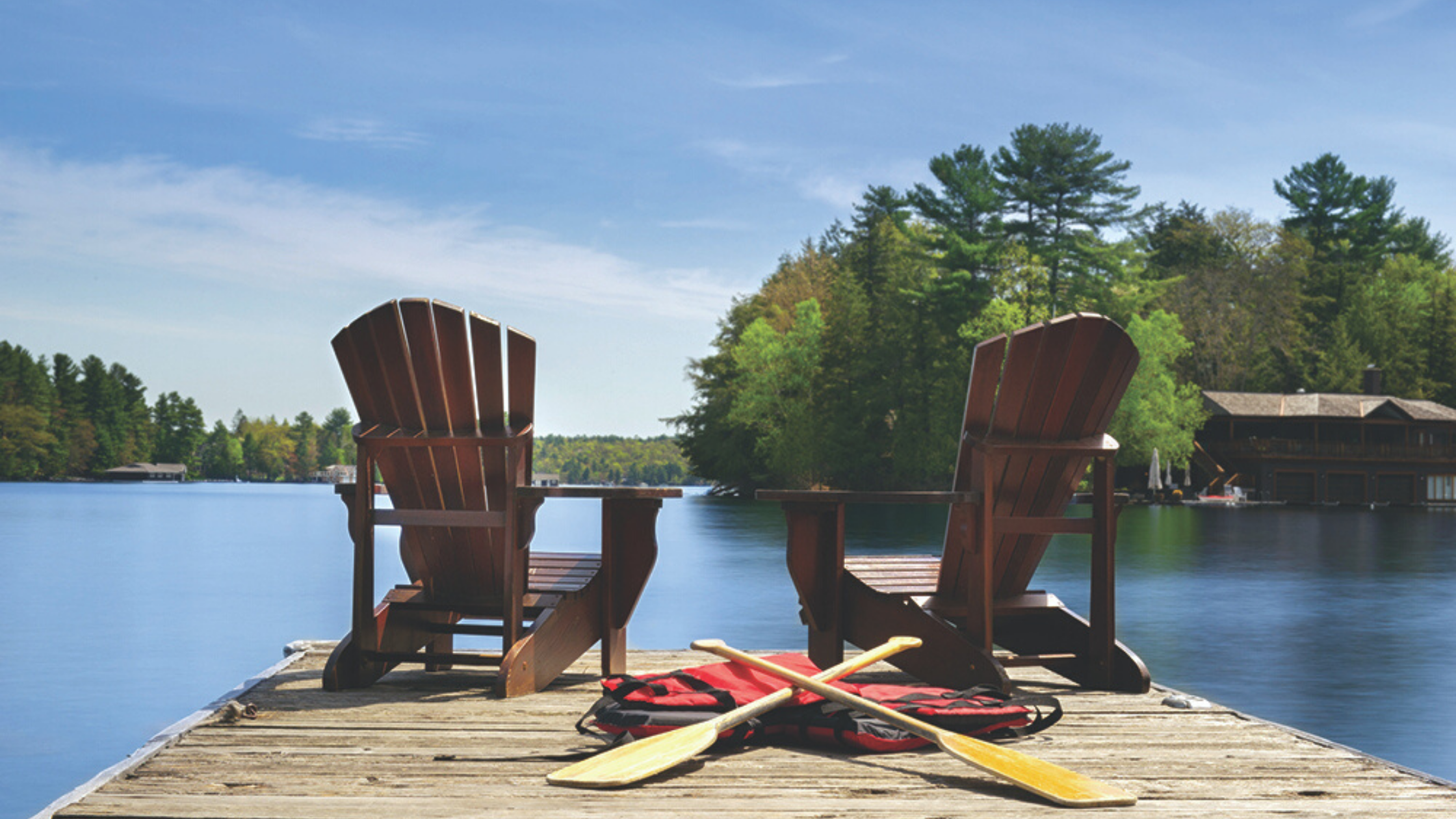 One of the joys of living in the Capital Region is being able to easily access the Adirondacks. Now more then ever when we aren’t supposed to travel afar, to know that we have these treasures available to us within our own state is pretty special. We hope you get to take advantage of some this summer.

The Adirondack Mountains are home to the largest protected area in the lower 48 of the United States. This area spans over six million acres and features over 100 local communities, mountains, lakes, and verdant forests and valleys. The Adirondack Park is one of the most spectacular natural attractions in New York. Most notably it lies within a day’s drive of most of the northeast as well as Ontario and Quebec in Canada. Filled with breathtaking beauty and world-class recreation, this area must be seen to be believed.

The Adirondacks consists of twelve distinct regional destinations each offering its own brand of adventure: from endless canoeing and kayaking in the Seven Lakes and Tupper Lake region to the extensive hiking trails of the High Peaks Wilderness in the Lake Placid area, one can discover places as diverse in geography as they are in activities and events. One can bicycle between wineries on the Adirondack Coast and dive to sunken shipwrecks in the Adirondack Seaway near the Canadian border.

One of the most popular areas is Lake George with its many family attractions including the huge Six Flags amusement park. Lake George is nicknamed The Queen of American Lakes by its admirers. It is a long narrow lake that drains into much larger Lake Champlain to its north and ultimately into the St. Lawrence River. Historically Lake George was the site of conflicts between Britain and France and after a British win, a fort was built on the southern end of the lake. The French responded by building Fort Ticonderoga north on Lake Champlain.

Lake George’s position along the Montreal and New York water route made possession of the forts strategically important during the American Revolution. Lake George’s location on the rail line between New York City and Montreal attracted the era’s rich and famous of the late 19th and early 20th Century. The Sagamore Hotel at Bolton Landing opened at this time and attracted many visitors. This hotel still welcomes guests and serves as a reminder of the Lake’s early tourism days. Lake George remains a tourist destination.

Another premier area is Lake Placid. This region gained world attention as the site of the 1932 and 1980 Winter Olympics. The 1980 games will be remembered forever because of the breathtaking victory of the US Hockey team over the favored Russian team.

One can tour many of the Olympic venues and can even take a luge or bobsled ride on the tracks no matter the season. Visitors are struck by the awesome 70- and 90-meter ski jumps towering in the sky alongside the High Peaks. An elevator ride will whisk you to the top of the jump providing a bird’s-eye view of the region. One is also filled with admiration for the athletes who competed here.

Another must-visit site in the park is the Adirondack Museum at Blue Mountain Lake. This is now known as The Adirondack Experience, featuring exhibitions in 24 galleries and historic buildings with topics ranging from logging to boating and offering hands-on activities.

The New York Times called this museum one of America’s finest outdoor museums and a must-visit place in the Adirondack Park. There are more than 40,000 square feet of exhibitions, a lake-view cafe, and a delightful museum store. Every effort has been made to make the entire site accessible to wheelchairs and walkers and electric scooters are available to rent. In the interest of maintaining public health, and to help contain Covid-19 the museum will reach out virtually in many ways. Each year 11,000 school children are provided with free programming in the classroom and on-site. This year they will be offered new opportunities for remote educational engagement with online lectures and workshops.

Another great place to visit is The Wild Center at Tupper Lake. This offers one of the best family activities in the Park, offering interactive exhibits both inside and out, including watching otters swim. Learn why the Adirondack landscape is unique and trek through the enchanted forest to get a bird’s eye view from the Crow’s Nest on the Wild Walk. The Wild Walk takes guests along trails and bridges that lead up to the top of the forest. Another highlight of the walk is the Spider Web. This is a large web that becomes a huge playground for the whole family. 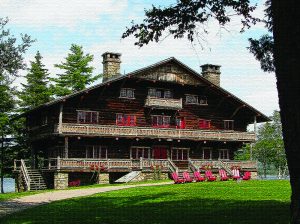 A unique feature of the Adirondack Park is the many structures known as the Great Camps. These are grandiose family compounds consisting of huge main houses and cabins built in a rustic style in the latter half of the 19th Century. These Great Camps are synonymous with the Gilded Age and names like Vanderbilt and Rockefeller. They were designed to blend in with the natural surroundings. These sprawling compounds spanned the most coveted lake shoreline, as well as some of the most remote from Raquette Lake to Upper Saranac. These camps could take days and weeks to get to. The glittering elite made the trek in the early summer along with their servants and stayed for the season. The Great Camp building boom spanned the years from the 1880s to the 1920s, yet the style remains popular to this day, spreading far outside the region.

They were built with local labor and materials that embody the values of the Naturalist movement. Some of the camps are so remarkable they have been designated National Historic Landmarks. Today many of the Great Camps remain in private hands while others offer professional or self-guided tours throughout the year. Several of the Camps are available for overnight stays. One of these is White Pine which was the summer White House of President Calvin Coolidge. It even features an indoor tennis court and bowling alley.

I have only been able to highlight a few of the reasons one must put the Adirondacks on any bucket list.. six million acres of “civilized” wilderness is beckoning, filled with quaint towns and lakeside villages, this area is open year-round for adventure.

I urge you to take advantage of this magnificent treasure truly in our “backyard!” Begin planning your next travel adventure and discover the amazing recreation opportunities the Adirondacks have to offer.