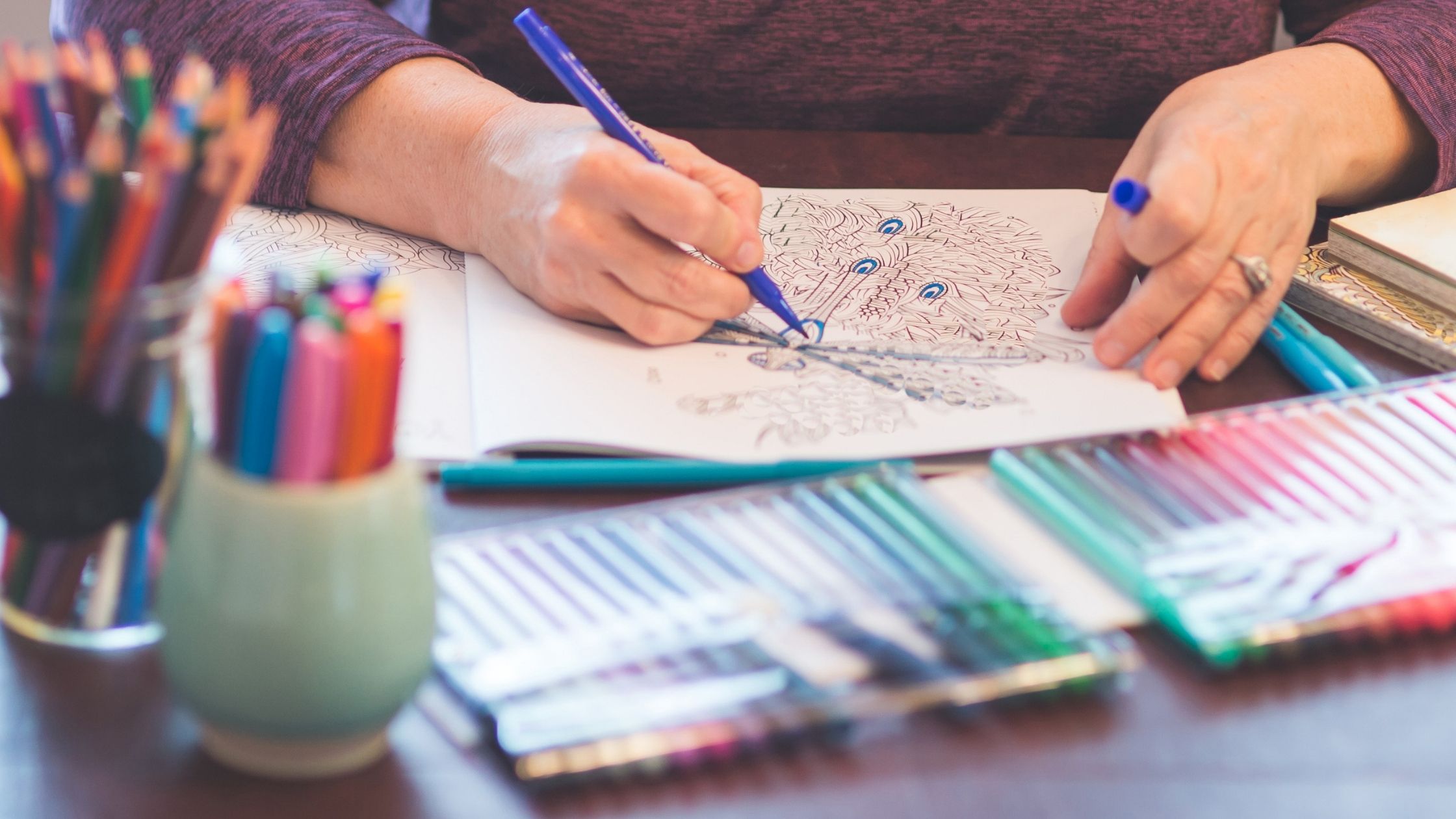 When you think “coloring book,” the images that first come to mind probably involve princesses, dinosaurs, or construction vehicles. After all, many of us have probably spent hours watching as children under our charge scribble outside the lines while our eyes twitch in frustration. Thankfully, coloring books aren’t just for kids. Helpful tools for engaging in mindfulness practices for centuries, they’ve recently gained a mainstream status among stressed-out adults worldwide.

Aside from being fun, coloring books offer an opportunity to unwind in a way that’s a bit outside the box (pardon the unfortunate pun.) Instead of turning to a glass of wine or zoning out to the boob tube, you can cue up some chill music and allow your mind to wander as you color, which is actually far better for your mental health:

“When coloring, we activate different areas of our two cerebral hemispheres”, says psychologist Gloria Martínez Ayala. “The action involves both logic, by which we color forms, and creativity when mixing and matching colors. This incorporates the areas of the cerebral cortex involved in vision and fine motor skills [coordination necessary to make small, precise movements]. The relaxation that it provides lowers the activity of the amygdala, a basic part of our brain involved in controlling emotion that is affected by stress.” Huffington Post)

Using these areas of your brain on a regular basis can not only relieve stress but can also help to keep your brain sharp, staving off the beginnings of age-related deterioration. 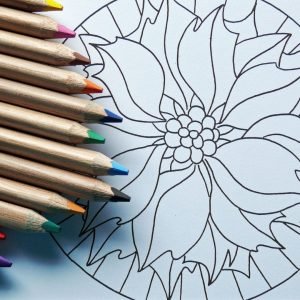 One of the most popular forms of coloring therapy, the Mandala, has existed since at least the 4th century and has played a large role in several Eastern religions.  Mandala, the Sanskrit word for “circle” or “center” is often a geometric design with repeating colors, shapes, and patterns. Used in the Buddhist and Hindu traditions, mandalas are meditative aids to assist in one’s personal enlightenment journey. And while this form of expression is most often associated with Eastern religions, the practice is evident in ancient cultures from around the world, including the Celts, the Aztecs, and early Christians. (Image:Mandala of Jnanadakini, Met Museum)

In the early 1900s, Carl Jung became one of the leading Western minds to use coloring therapy in his practice. He advocated that his patients create mandalas after he spent time at a Buddhist temple and found that drawing a mandala every day reflected a visual representation of his mental well-being.

“In such cases it is easy to see how the severe pattern imposed by a circular image of this kind compensates the disorder of the psychic state—namely through the construction of a central point to which everything is related, or by a concentric arrangement of the disordered multiplicity and of contradictory and irreconcilable elements. This is evidently an attempt at self-healing on the part of Nature, which does not spring from conscious reflection but from an instinctive impulse.” (Carl Jung)

So, Is It All Mandalas? 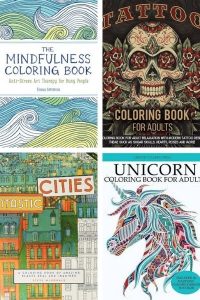 We put a lot of emphasis on mandalas because they can be particularly soothing to color — the abstract symmetry and the neatness of the final product are perfect for letting your mind wander. But you don’t need to color mandalas in order to benefit from the stress-reducing properties of coloring. In fact, the only thing you need to consider when buying a coloring book is whether you will have fun filling it in! So if you’re really into princesses and dinosaurs get down with the coloring books from the kid’s aisle without shame. Those of us who are more geared to adult themes still have plenty of options.

Many books look like a cross between a mandala and your high-school notebook margins; highly elaborate paisley doodles scrawl over the page just begging to be colored. These are wonderful for the folks who feel as if they don’t have artistic talent but want to give it a try because you literally can’t go wrong. On the opposite end of the spectrum are coloring books with crowded cityscapes, underwater scenes, or reproductions of famous masterpieces. These might call for more careful attention to color but are certainly fun nonetheless. (After all, no one is judging you. Make Monet’s Garden bright orange for all we care.) If you find yourself in need of venting more stress than the average doodler and you have an irreverent sense of humor, maybe you’d like the coloring books that feature swear words in floral arrangements. Or the one with illustrations of moody unicorns called Unicorns Are Jerks. (We may or may not even admit to having been given a coloring book that featured dogs, um, “doing their business” as a joke…we wouldn’t hang it on the fridge but it was still fun to color.)

What Supplies Do I Need? Do I need a Coloring Book?

Thankfully, this is a hobby that doesn’t break the bank to get started. You can download and print thousands of designs for free if you want to try it a few times before making the commitment to a whole coloring book. Not that books are expensive, but those of us with anal-retentive qualities get anxious about unfinished projects (maybe that’s why we need the therapy to begin with?)

As for the coloring utensils, much of that decision comes down to personal preference, or what you can impulsively find around the house. Many people prefer to buy colored pencils because they allow for more precision and better blending abilities than crayons, but if all you have are the broken bits from your kids’ old pencil boxes, those will work as well. Markers and pens also offer precision and brighter colors, although they tend to bleed through the page which can be really irritating.. We recommend starting with a basic pencil set and then investing in higher-quality art pencils if you find that this is a hobby you’d like to continue.