Of all the ideas you need to consider when planning for your retirement, climate change is increasingly moving nearer the top of the list. While climate change may feel as if it’s decades away, the reality is that it is already upon us and it could impact not only your home, but your health and your financial wellness.

The impact of climate change will vary depending on where you live (or where you plan to relocate), but odds are it will impact you in some way. In 2021, more than 40% of Americans lived in a county that was struck by climate-related extreme weather, according to an analysis by The Washington Post. Given that this statistic will likely only get worse in the years to come, here are some things to keep in mind.

Potential Impacts on Your Health 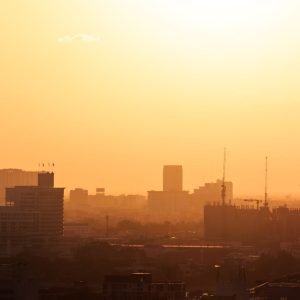 Climate change has led to temperatures that soar in the summer, impacting those who live in urban areas just as much as those who have chosen to relocate to a tropical climate. Places like Washington D.C and New York — large metro areas with lots of concrete and treeless spaces — are prone to the “urban heat island effect,” which traps the high temperatures, making the heat more unbearable. Older people are prone to heat distress due to certain medications, lack of transportation, and access to cooling in urban apartments and homes. Also, maladies that are more common for the elderly — diabetes, hypertension, and asthma — can be exacerbated in extreme heat as well.

Similarly, devastating wildfires are becoming almost commonplace out West where a lot of retirees like to settle. The destruction they cause is heartbreaking, and it can take decades for an area to fully recover. But even if you don’t experience the fire itself, even living near an area prone to wildfires can be harmful to your health. In 2015, NASA took a photograph from space showing how a wildfire in northern Canada impacted people thousands of miles away in North and South Dakota, Minnesota, and Iowa. Wildfire smoke is harmful to inhale as it contains particle pollutants that can cause serious breathing problems, particularly for those who are older or already suffer from lung issues.

Paying attention, then, to weather patterns and changes in any area you are considering moving to should be a retirement consideration.

Climate change is also impacting access to medical care, even when there isn’t a natural disaster. For instance, in the popular retirement community of Charleston, South Carolina, regular coastal flooding is already occurring on days without a cloud in the sky. Tides have risen at unprecedented rates over the last 40 years, along with steadily increasing sea levels thanks to warming waters and melting glaciers. As a Pulitzer Prize-winning article by The Post and Courier pointed out, in the 1980s “sunny day floods” only happened about five times a year. In 2019, “Charleston had a record 89 tides that breached [the] 7-foot level [that causes flooding]. So far this year [2020] we’ve had 42 flooding tides. The past week alone had 7-footers at least once every day.”

The typical inconveniences, such as closed roads, could be disastrous for someone with a medical emergency. In an article for Next Avenue, Charleston resident Susan Lyons noted, “There’s a medical center about ten blocks north of here, and the access is completely blocked off whenever we get a serious rain. So, if you’re having a heart attack, you have to take a boat.” 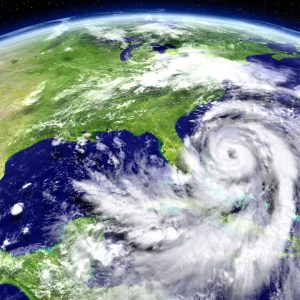 Charleston isn’t the only city suffering from these types of changes. Many places that are popular destinations for relocating retirees — parts of Texas, Florida, California, and cities along the East Coast — are all experiencing unprecedented weather phenomena that wreak havoc on their infrastructure.

These issues are doubly problematic for retirees who find it difficult to evacuate in case of emergency. Although people jokingly chalk that up to stubbornness, many elderly can’t evacuate due to limited funds and access to emergency communications, transportation and mobility issues, or options regarding where to go. In the aftermath of Hurricane Katrina, 71% of the storm’s victims in Louisiana were over the age of 60. The government has made some positive changes since Katrina regarding training first responders and prioritizing rescue attempts for the elderly or disabled, but our country still has a long way to go. (As a Hurricane Michael survivor, I saw first-hand how much harder it was for older people to navigate what needed to be done post-storm. It is definitely something to consider.) 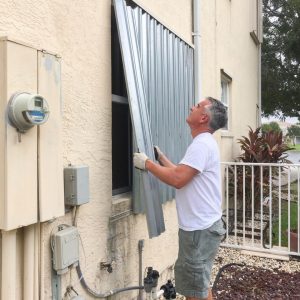 Climate change could also impact your retirement budget. Big storms can lead to costly home repairs, and that’s just the tip of the (quickly melting) iceberg. In areas prone to these weather events — particularly fires, floods, and hurricanes — people are finding that the cost of their homeowner’s insurance is rising dramatically. If you’ve had to budget carefully for your retirement, this could be a make-it or break-it factor.

In some areas like Charleston, some residents are trying to protect their homes from floods with costly renovations like raising their homes above the flood level. While this may allow them to stay in place despite ongoing climate issues, it’s not something that everyone can afford to do. Others are investing in solar panels (for when storms damage the electrical grid) and hurricane-proof windows, but doing this type of preparation could be like putting lipstick on a pig. The flip side of living in an area prone to weather events is that home values eventually start to plummet. With less home equity, retirees may have limited flexibility to tap their property to pay for long-term care expenses or other healthcare costs.

What to Do Now? 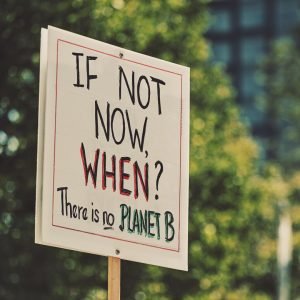 Despite all this doom and gloom, there are things you can do to help ensure you can retire comfortably in the location of your choosing. Invest in low energy-consumption appliances, solar panels, and other environmentally friendly options. Try to reduce your carbon footprint. If we can slow climate change even a tiny bit, we can reduce the impact it will have. And while you may want to re-think that house on the beach by the Gulf, you don’t have to live in a concrete bunker in the middle of nowhere, either.