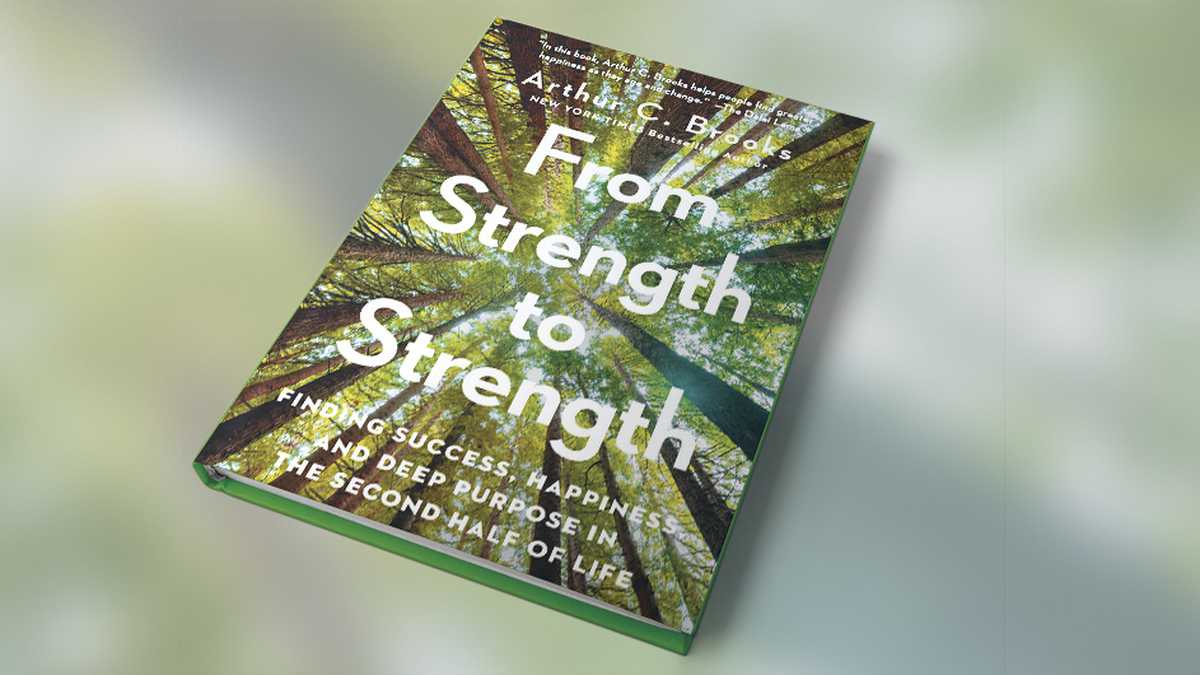 Celebrating Life’s Second Curve: how to rethink and navigate life as you age

Many of us think of aging and begin ticking off the ways in which we are losing what we once had. Our memory, our ability to run 5Ks — hell, our ability to walk up the stairs without pain — our realization that we apparently will never climb Mount Everest or sing on Broadway.

Arthur Brooks, a Harvard professor, suggests a different tactic. Rather than denying and fighting the losses — because they are, after all, real — he suggests instead that we recognize that the changes are inevitable and see them as potential sources of success. Doing that, he says in his new book From Strength to Strength: Finding Success, Happiness, and Deep Purpose in the Second Half of Life, can help make the aging process more meaningful and, ultimately, satisfying.

Brooks began thinking about this strategy after a chance encounter with an elderly man on a plane. The man, who is not identified in the book, was bemoaning what his life had become. No one, he told his partner, appreciated him anymore. He had become irrelevant. Perhaps he’d be better off dead.

Brooks was shocked by what he overheard because the unnamed man was someone whose life he had admired for decades, someone who had made a tremendous impact on the world. Indeed, as the elderly man and his wife disembarked the plane, other passengers greeted him and thanked him for his work — all of which made him smile and lose a bit of the morose feelings he’d been exhibiting earlier.

The event got Brooks thinking. He was nearing his 50th birthday at the time and feeling some dissatisfaction with his own life despite many professional and personal successes. There must, he thought, be a better way.

Some of the statistics and details Brooks shares in the book can feel daunting at best and downright depressing at worst. Our ability to perform as high-level professionals begins to decline between our 30s and 50s.

He recounts his own story of starting his career as a successful professional French horn player only to realize later in his 20s that he was, in fact, becoming less proficient. After several years of angst, he pivoted and began getting an online degree in economics while still maintaining his musical career. At age 31, Brooks admitted musical defeat and focused on getting his Ph.D.

Facing reality and deciding to discover new strengths and learn new skills rather than bemoaning the loss of old ones is the way to age more satisfyingly, Brooks says. Lean into the changes, he recommends, whether it’s your physical changes or the inevitable changes in how your brain operates — some of which, for the record, are improvements, if you choose to recognize them that way. Sure, you can’t remember why you went into the kitchen to fetch that whatever, but your vocabulary is likely better than it was in your youth, as is your ability to understand complex ideas. Instead of what is called fluid intelligence, the raw smarts of youth that help the creation of new ideas and innovations, older people have more crystallized intelligence, or the ability to use all that information they’ve been gathering in the past.

Beyond explaining the aging process, From Strength to Strength is a primer in how to do it more successfully. Brooks sets out a variety of strategies for learning how to embrace change. The book includes questions readers can ask themselves to better understand what motivates and drives them. It helps create a starting point for change, if you will.

Then Brooks outlines ways to reframe aging. Don’t look at what you want; look at why you want. Consider your death now — not to be maudlin, but to put into perspective the life and choices you want to make going forward.

This is a book filled with thoughtful, useful, and doable strategies for getting to the place where aging can become a journey of gain rather than loss, a time of life where you move from strength to strength.

From Strength to Strength: Finding Success, Happiness, and Deep Purpose in the Second Half of Life, by Arthur Brooks, Penguin Random House, 241 pages, $27.