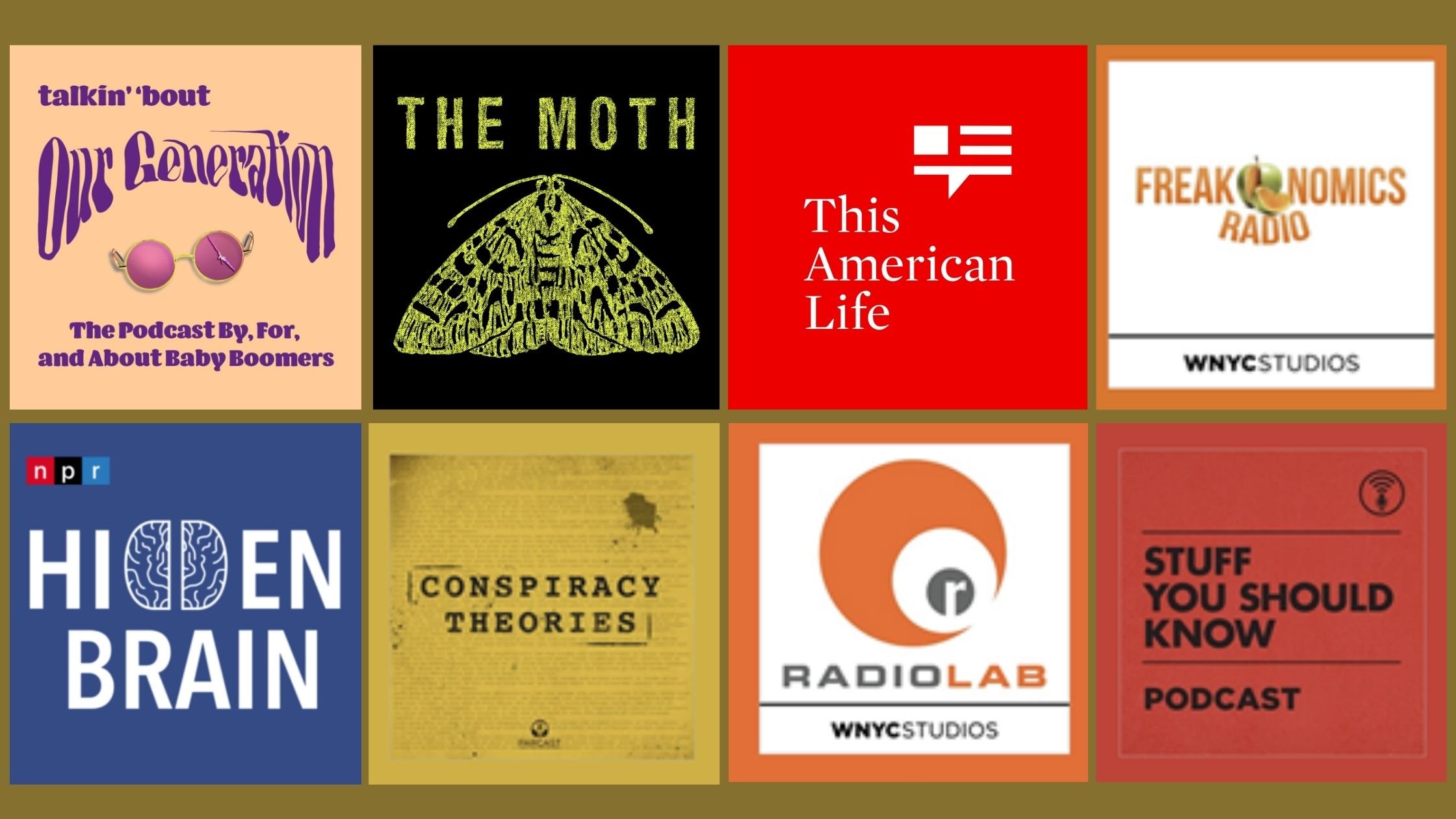 Now that you’ve figured out how to listen to podcasts (i.e. whenever you want! Wherever you want! So convenient!) the next challenge is to find some to listen to. While everyone will have their favorites, we did some trolling to offer up 10 we consider worth checking out in what we’ll call the “General Topics” category. These podcasts can be enjoyed by anybody but are loosely aimed at the 55+ demographic, and kind of defy categorization beyond that. Nevertheless, these channels are guaranteed to tickle your funny bone, educate, enlighten, and expand your horizons.

It’s probably no surprise that the masters of radio also excel in the podcasting world. While some podcasts are just a re-airing of something produced for radio, others are produced separately so they’re no longer constrained by the limitations of publicly-funded radio, and they revel in it. While we love almost all of their podcasts, here are their podcasts for boomers that really stand out: 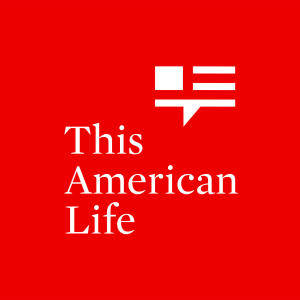 Hosted by Ira Glass, This American Life is the #1 rated podcast on Stitcher (one of the more popular streaming apps). It offers poignant vignettes about all the different kinds of people who live (or have lived) in our country, and it waxes from heartbreaking to uplifting, depending on the story. As such, not every episode will be your cup of tea (I intensely dislike being made to cry, and this one has brought on waterworks more often than I want to admit!) but they are all so, so worth tuning into. Ira Glass consistently chooses stories that you feel compelled to talk about with friends and family members, because they are always incredible, touching, and leave an indelible, lingering impact that begs to be shared.

Where to Start: You definitely do not need to listen to these in any kind of order, but one particular episode stands out. A 2016 Peabody Award winner, Anatomy of Doubt is a haunting story “about doubt: how it germinated, spread, and eventually took hold of an entire community, with terrible consequences.” 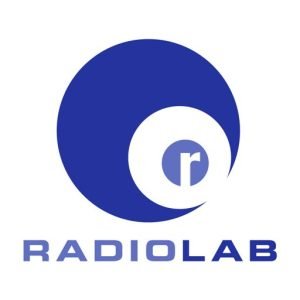 RadioLab that grabs you and then holds on tight. Basically, the hosts pick a concept or a subject and then delve into aspects of that idea that you’ve probably never thought of, and then they go even deeper. That sounds vague, but then again, so does their own description of the podcast, which reads, “Where sound illuminates ideas, and the boundaries blur between science, philosophy, and human experience.”

Where to Start: The episode Colors was voted “most memorable” by listeners across the world, and for good reason. Utterly fascinating, this episode explores what colors are, how they are interpreted by our minds, and the impact they have on our physical world. If you think the sky is blue, this is an episode you need to hear. 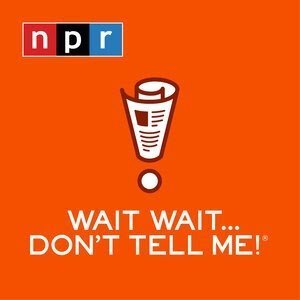 For those of you lucky enough to remember to tune in to NPR on the weekends, this is probably a familiar name. Hosted by Peter Sagal, WWDTM is a weekly radio game show that features guest comedians and celebrities who answer questions — and make a lot of jokes — about current events. It’s the funniest way to stay abreast of what is happening in our world, and the hosts would probably giggle at the word “abreast,” if that gives you any indication of the humor involved. The writers take particular glee with wordplay and puns, and one of the most popular games involves the contestants having to guess which ridiculous news story is real and which ones are made up.

Where to Start: We actually recommend trying to listen to the latest episode first (which can be found here) because the jokes are typically funnier if you are familiar with the headlines they’re poking fun at. But honestly, they give enough background information and explanations that you could pick any episode — they have “best-ofs” that are wonderful, or you could just pick one with a guest that you love — and enjoy it thoroughly. 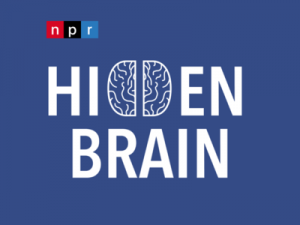 Our final contender from NPR (even though they have dozens more that are worth mentioning) is a podcast focused on exploring “the unconscious patterns that drive human behavior and questions that lie at the heart of our complex and changing world.” In other words, this podcast answers a lot of questions that you would never have thought to ask, and there are also answers to some of the questions you’ve always had. (Something about this ‘cast turns us into the Mad Hatter, apparently.) Hosted by journalist Shankar Vedantam, this multiple-impressive-award-winning show covers a wide range of topics and never fails to leave you thoroughly fascinated by the inner workings of our minds.

Where to Start: There are so many that are wonderful, but NPR recommends some “classic” episodes, such as One Head, Two Brains which discusses why common traits associated with different sides of the brain aren’t actually supported by science, or A Social Prescription, which addresses why loneliness is a matter of public health and how the pandemic highlighted the importance of social contact.

Top-Rated Podcasts Not From NPR

It may have become obvious that NPR produces some pretty fantastic stuff, but we would be remiss if we didn’t highlight a few podcasts produced by other people (and maybe require a few less active brain cells). Here are just a smattering of some highly-recommended podcasts to round out our list. 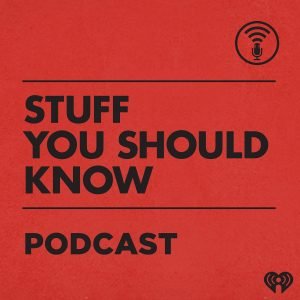 Stuff You Should Know

Stuff You Should Know, hosted by Josh Clark and Chuck Bryant, is highly informative, but the topics are less lofty and the commentary is a bit more casual than what’s typically found on NPR. It is also almost completely random: one day they might discuss what a “false positive” means, and the next they’re debating the merits of hang-gliding or how ice cream is made. The idea is that there are so many things in our world that we either don’t bother to question, or no one has ever stopped to explain, but it’s fun to learn anyway. The reason this tops many “best-of” lists across the web is the contagious charisma between the hosts, who can apparently make anything entertaining.

Where to Start: How Junk Food Works is one of their top listened-to episodes, and explains how the companies who produce our favorite guilty pleasures spend millions of dollars engineering their food to be irresistible. One tagline reads, “You may never want to buy lunchables for your grandchildren ever again.” Color us intrigued. 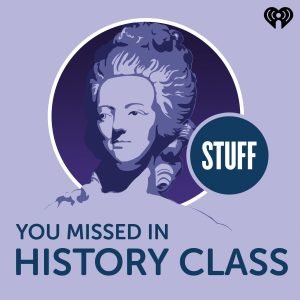 Stuff You Missed In History Class

If you love discovering trivia tidbits or going behind the scenes then Stuff You Missed in History Class is right up your alley. Instead of re-telling the same history you’ve heard a million times, this ‘cast tries to find the little-known stories that have been left out of our school books. And after hearing a few of them, we wish they’d been included because this stuff is way better than what was shoved down our throats in grade school. Produced by iHeartRadio and hosted by Holly and Tracy — two women who really revel in their historical facts — this channel is a great way to gain some insight into the people and events that shaped our country without any credit or recognition.

Where to Start: You can’t go wrong learning about Nellie Bly, America’s first stunt-journalist, who went undercover in the late 1800s to report on the horrific and inhumane practices of sanitariums. 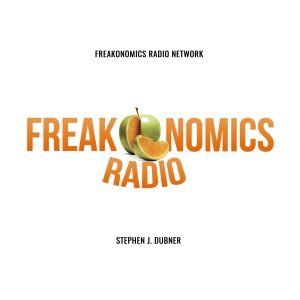 Don’t shy away from the hint of economics in the title, because this is another fantastic and super-popular podcast that finds interesting topics and then goes in deep to educate and enlighten. People attribute a newfound understanding of American society and the world in general to Freakonomics Radio, particularly because they don’t use lofty vernacular, and the hosts ensure that all of the subjects are well-explained and investigated.

Where to Start: Are You Ready for a Glorious Sunset? is a fantastic, in-depth look at end-of-life decisions, what they cost (economically and emotionally), and whether it’s time to start thinking up new options. 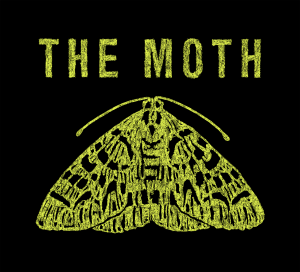 The Moth is a bit different than the others on our list, but that doesn’t diminish how much we love it. A not-for-profit organization dedicated to spreading the art and craft of storytelling, The Moth uses a TED-talk format to share fantastic works of fiction in audio form. Each story is unique and often startling. The biggest complaint in the podcast’s reviews is people lamenting that the podcast isn’t longer.

Where to Start: We got hooked on this podcast after listening to The Curse, a story about a woman who believes herself hexed and tries to remove the curse herself, with mixed results. 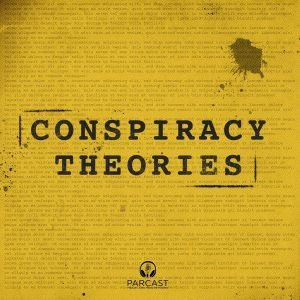 Conspiracy Theories isn’t a podcast seeking to spread Q-Anon trash. Instead, this station explores where the biggest conspiracy theories originated, why they are perpetuated, and how plausible they might possibly be. It’s kind of like MythBusters for your ears. The hosts are mostly skeptical but fair, and their hope is to intrigue rather than cause you to confuse correlation with causation.

Where to Start: Reviews for the podcast recommend that you start with the episode covering Bohemian Grove, Part 1: Episode 105. Apparently, deep in the redwood forests, there is a fraternity filled with rich, powerful men, known as the Bohemian Club. Supposedly, these world leaders throw a two-week bacchanalian celebration in July, which is rumored to have connections to paganism and human sacrifice. 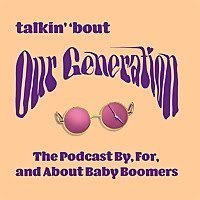 Unlike our other recommendations which can appeal to people of all ages, this podcast is specifically for boomers. “By, For, and About Baby Boomers,” Talkin’ ‘Bout Our Generation is “devoted to kindness” and explores all kinds of topics, like social equality movements, the role of civility in American society, the music they miss, and things to explore in life post-retirement. The hosts are friendly and funny, and episodes are filled with the irreverent humor the Boomer generation is known for.

Where to Start: There are only a few episodes of this one to date, as they started in late 2020, so here is their homepage where you can decide where to begin! They have a six-part series featuring interviews with musicians and producers of Woodstock (yes, that Woodstock), but also a few seasonal specials, and an episode dedicated to people dealing with “Trump Syndrome.”