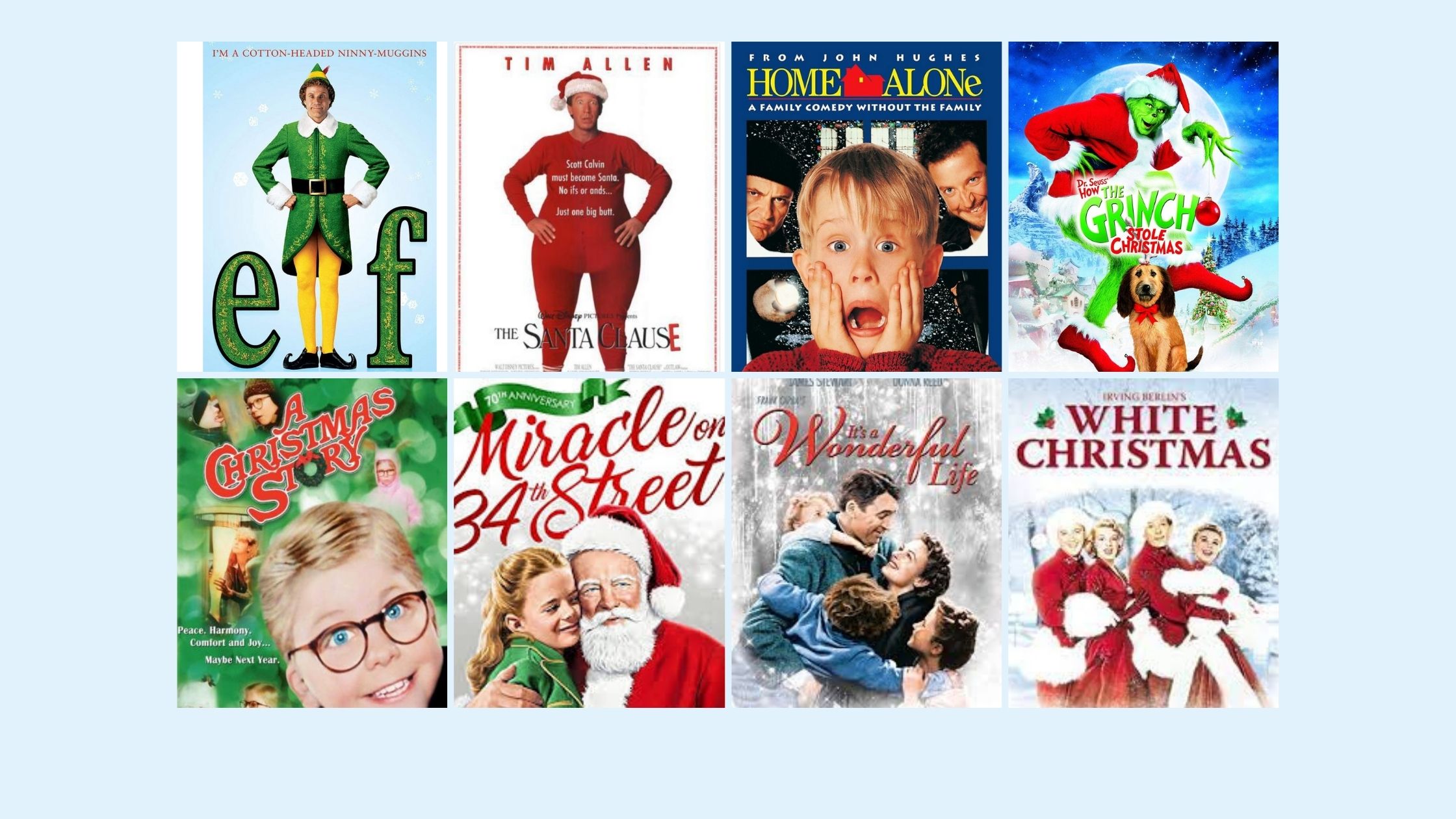 A list of holiday movies that everyone from Junior to Grandma can watch to get in the holiday spirit.

The holidays are upon us, and that means family time. Lots of family time. And baby, it’s cold outside, so much of that time is spent indoors, huddled cozy by the fire. To be honest, though, these days we’re more likely to gather around the TV than anywhere else because there is only so much socializing people can handle. So we’ve assembled a practical guide to holiday movies that are perfect to get a multi-generational gathering in the holiday spirit. We have included some modern flicks as well as the classics, because it’s important to force, ahem, teach the next generation to appreciate the finer things. Ultimately, there should be something here for everyone, from the grouchiest Grinch to the tiniest Tiny Tim.

These holiday movies are perfect for those lazy afternoons when the adults are tired of coming up with activities and just need to sit down for a while. Put those snow-pants and mittens in the dryer, kick back with some ‘nog, and enjoy these family-friendly flicks. 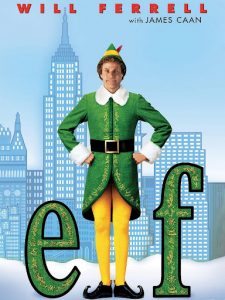 Elf (PG) – Director Jon Favreau has had the pulse of comedy firmly in his grasp for years, and Elf is no exception. Will Farrell hilariously plays Buddy the Elf, an orphan who decides to track down his human father after being raised by elves in the North Pole. His indefatigable optimism and endearing naïveté make him the perfect foil for a befuddled James Caan, his naughty-list inhabiting father. This film delicately skates the line between sophomoric humor and a sweet feel-good flick, so people of all ages can enjoy.

Why We Love It: If for nothing else, watch Elf for Bob Newhart, the perfect casting choice for Buddy’s long-suffering adoptive father. 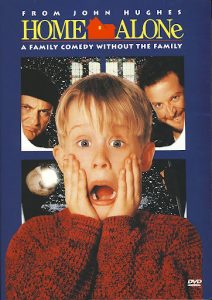 Home Alone (PG) – If this film doesn’t single-handedly embody the early ‘90s, we’re not sure what does. Macaulay Culkin memorably plays Kevin McAllister, the misunderstood youngest sibling in a family prone to dysfunction (and perhaps a bit of emotional abuse). He is left home alone when his huge extended family wake up late for their flight to Paris and his poor, over-extended mother—the great Catherine O’Hara—doesn’t notice he’s absent until their arrival in Europe. She embarks on a frustrating mission to get home while Kevin is left fending off two inept bandits, who intended to rob their home in the family’s absence.

Why We Love It: Choose this movie for Joe Pesci’s attempt at a family-friendly film (it’s hilarious watching him try not to cuss while on the receiving end of an elaborate marathon of cartoon-level violence).

A Christmas Story (PG) – It’s almost hard to avoid this movie, seeing as TBS airs it in its entirety for a 24-hour marathon starting on Christmas Eve. That said, though, if you can manage to watch it only once it is a delightful ode to Christmas when times were simpler and kids would have to suck on soap for uttering a swear word. Our sweet protagonist Ralphie narrates his family’s holidays and the hijinks that ensue, all while trying to convince his parents (and Santa) that he should get a Red Ryder BB gun for Christmas.

Why We Love It: Darren McGavin is a scene-stealer as the crotchety father, and his admiration of the “fra-GEE-lay” award is downright iconic. 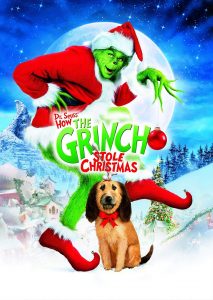 How The Grinch Stole Christmas (PG) – Nowadays, we don’t just have the Boris Karloff-narrated cartoon version of our favorite grumpy green guy. In addition to that classic there is a Benedict Cumberbatch-voiced animated version (The Grinch, if you’re interested), but we also have… this one. Jim Carrey brings the Grinch to life in the only non-animated version of the Dr. Seuss tale, and it’s as disturbing as it is classic. They manage to give the poor Grinch a plausible back-story to explain his bah-humbug nature, which is worth it, we suppose.

Why We Love It: If you can’t stand the unsettling make-up effects, watch this one armed with the knowledge that Jim Carrey was so claustrophobic in his Grinch suit that he had to go to intensive therapy just to get through his scenes. 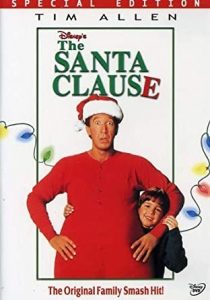 The Santa Clause (PG) – Tim Allen may be famous for voicing Buzz Lightyear these days, but before Toy Story he was divorcé Scott Calvin, a business exec just trying to hang on to his relationship with his young son, Charlie. When he accidentally scares Santa off his roof (leading to Santa’s untimely end), Scott is unwittingly forced into contract as the new Santa Claus via the Santa clause. (See what they did there?) This movie is sweet and contains just about every ‘90s cliché possible, but still manages to be endearing after all these years.

Why We Love It: Bernard the Elf is the sardonic best friend we’ve all been looking for, and Charlie’s psychiatrist step-father’s reactions to his North Pole tales are hilarious.

The holidays are all about tradition, so you can’t celebrate Christmas without watching at least one of the classic holiday movies that have come to embody the season. These movies not only represent a time when our nation was decidedly different, and people spoke with nifty accents, but they also present an opportunity to explain to the younger generation that yes, movies used to be in black and white! 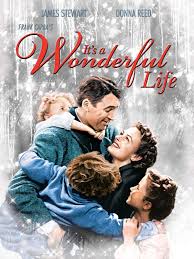 It’s a Wonderful Life (1946) – It seems silly to synopsize one of the most beloved movies of all time, but here is our best shot: George Bailey, a desperate man who is contemplating ending his life, is granted a glimpse of what the world would have been like if he had never existed. Guided by his guardian angel Clarence, George learns that his selfless acts and good nature have helped numerous people in Bedford Falls, which would have been a vastly different place without him.

Why We Love It: Starring the affable James Stewart, this movie is the ultimate Christmas classic. It’s an absolute necessity to show this to future generations, even if the only thing they take away from it is that the bad guy is Drew Barrymore’s Great Uncle. 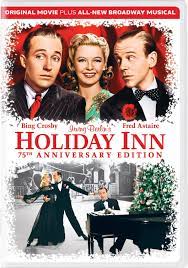 Holiday Inn (1942) – Known for its iconic song and dance numbers performed by Bing Crosby and Fred Astaire, Holiday Inn is basically about the love of the stage and faithless fiancées. There are so many partner-swaps in this film we can’t summarize it here, but it’s safe to say that this classic will lead to nostalgia amongst the older viewers and several attempts to dance on furniture by the younger ones.

Why We Love It: Bing Crosby is Christmas. This is one of the reasons that came to be true. 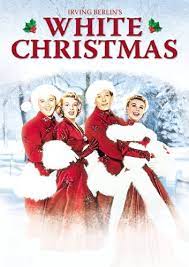 White Christmas (1954) – White Christmas could easily be confused with Holiday Inn, since they are both set in New England, the plot centers on romantic confusion between competing musical acts, and Bing Crosby has the lead role. But this time, instead of a converted barn in Connecticut that only has shows on holidays, White Christmas’s protagonists are trying to save a Vermont Inn that is owned by their old commanding officer. See the difference? Regardless, the cast is star-studded and amazingly talented, and it’s a fun romp that fully sets the mood for a nice snowy Christmas.

Why We Love It: Rosemary Clooney and Bing Crosby could sing us the ABCs and we’d be utterly enthralled, but this is even better. 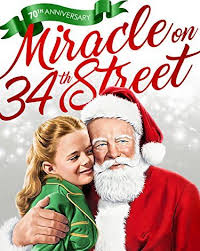 Miracle on 34th Street (1947) – A cynical divorcée hires a last-minute replacement Santa for the Macy’s Day Parade only to find out that he thinks he’s the real Santa Claus. Well, Susan can’t have her daughter believing in such nonsense so she tries to prove otherwise, despite her own observations that there is something special about Kris and his ability to advance the true spirit of Christmas while being surrounded by rampant commercialism. Kris ends up getting institutionalized by an incompetent shrink, and he subsequently finds himself trying to prove his legitimacy in a court of law.

Why We Love It: The goosebumps-inducing redemption scene in the courtroom is enough to make us watch it every year.

Hopefully, this list has helped prevent the inevitable skirmish over the remote control, at least while the kids are awake. Once they’re in bed counting sugarplums you’ll be needing Part II: Date-Night Holiday Movies.