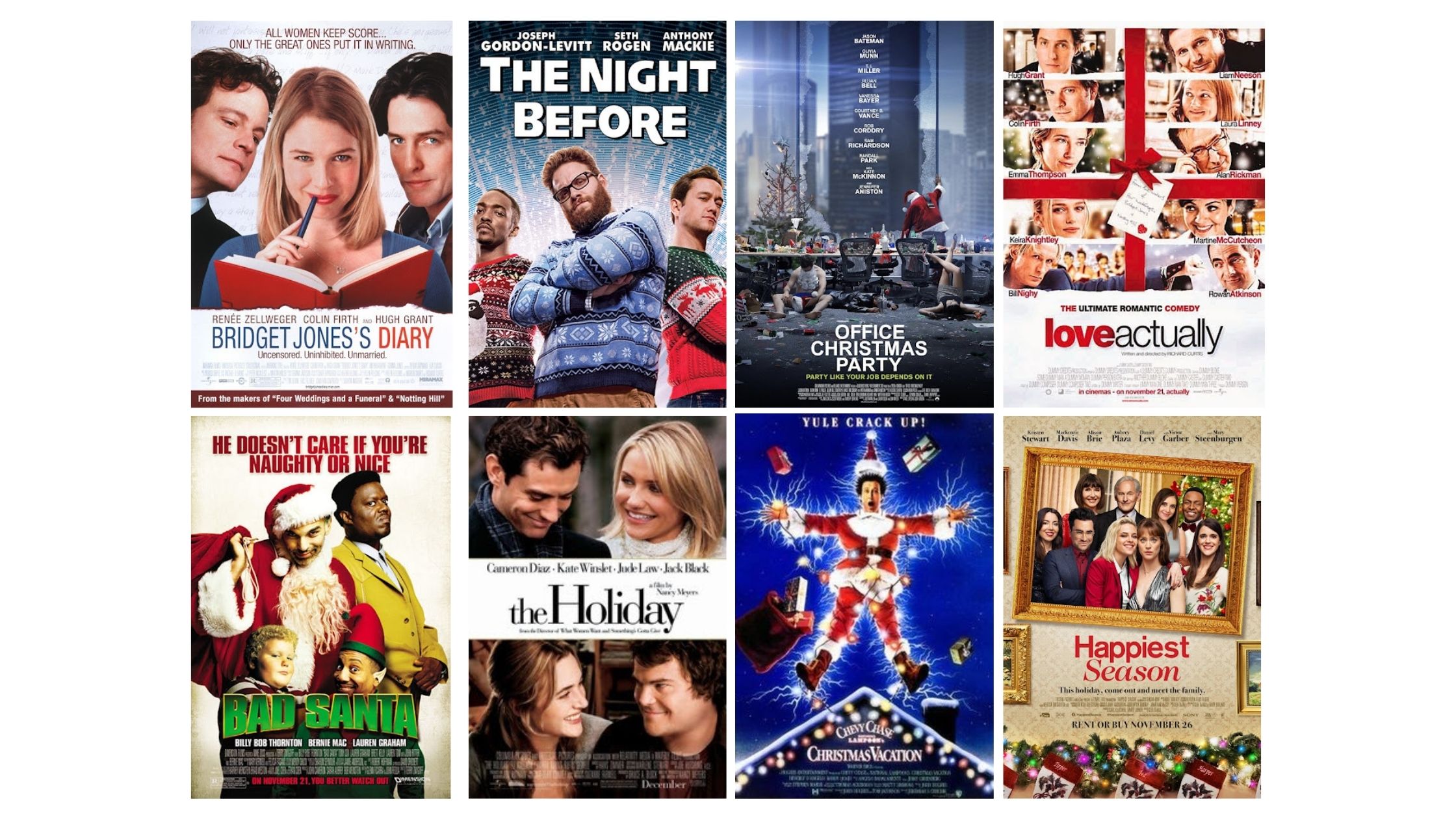 We gave you a list of the best holiday movies to watch with the family. Now it’s time for some of the best movies to watch for adults or at least the ones that can handle grown-up flicks. As adults, we realize that the holidays aren’t always perfect and that the idealized Christmas mornings we had as children came at the expense of our parents’ hard work. With that in mind, these films are perfect for getting into the Christmas Spirit, or Christmas spirits, if you get our drift. 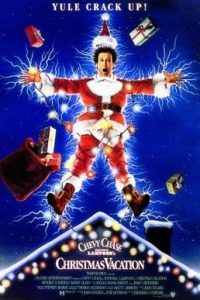 National Lampoon’s Christmas Vacation (PG-13) — This classic starring Chevy Chase and Beverly D’Angelo contains some of the most iconic comedy gold of all time. The premise follows Clark Griswold, consummate family man, as he desperately tries to give his family the perfect Christmas before literally, everything goes wrong. There’s nothing explicitly rated-R that would prevent this from being a family flick but there are some lines that you definitely wouldn’t want your eight-year-old grandson repeating at school after Christmas break.

Why We Love It: The dialogue and characters are so incredibly hilarious that people are still quoting them verbatim 30 years later. Cousin Eddie steals the show, but Clark’s enraged monologue towards the end is just sublime. 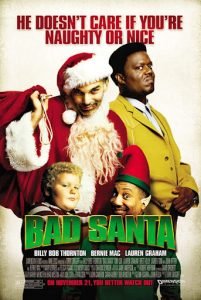 Bad Santa (R) — The shock value of seeing Billy Bob Thornton as an alcoholic con-man Santa is enough to get anyone laughing, but then you set him up opposite a delightfully fresh-faced, innocent little kid and you’ll find yourself chortling at how fast we’re all getting into that handbasket bound for Hell. No holiday movie is complete without thwarted plans and hijinks aplenty, but definitely save this one for viewing without the kids.

Why We Love It: Billy Bob Thornton has admitted he was actually drunk while filming some of his scenes. Pay close attention to the elevator tumble, and you’ll see. 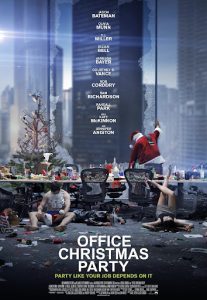 Office Christmas Party (R) — Starring Jason Bateman and Olivia Munn, this movie about a branch manager throwing an epic Christmas office party in order to land a big client is refreshingly raunchy. After a day of wholesome goodness with the kids, it’s not a bad idea to make a few drinks and watch some people really let loose in inadvisable ways.

Why We Love It: T.J. Miller and Kate McKinnon are two of the funniest actors in the business but they are criminally underrated. They actually get space to shine in this particular vehicle. 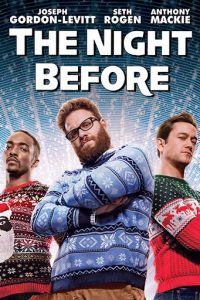 The Night Before (R) — We wanted to dislike this one (how many times can Seth Rogen play the loveable stoner??), but it’s actually funny, and—dare we say it—endearing. Three childhood friends (Rogen, Anthony Mackie, and Joseph Gordon-Levitt) are in search of the Nutcracka Ball, an epic Christmas Party that has been eluding them for years. All of them are realizing that they’re adults, and this may be their last year to be truly irresponsible, so they want to make the most of it…and they do.

Why We Love It: The director has said in interviews that the comedy bits in the movie were mostly improvised, which actually works in this case.

We don’t know how it started, but somehow the holiday season became the time to watch as many romantic comedies as one can possibly stand. Instead of switching on the Lifetime Channel to drool over the unrealistically perfect sets, get your fill of meet-cutes in these classic Christmas love stories guaranteed to make your cockles feel warm and fuzzy. 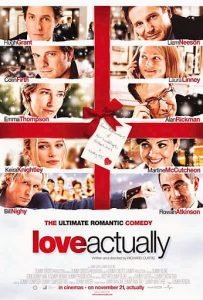 Love, Actually (R) — You can’t talk about holiday movies without including this staple of the genre. Although in recent years people have found reasons to call this film problematic, we think it’s still the epitome of feel-good holiday viewing. The movie follows eight different relationships navigating the difficulties that the holiday presents while allowing us to wallow in delightful accents and scenes from an idyllic London. It manages to depict love of all shapes and sizes, and leaves us with the message that love is all around us. What can be wrong with that?

Why We Love It: THE CAST. Hugh Grant is his loveable, blinky self, Emma Thompson crushes it as a jilted housewife, Alan Rickman is delightfully awkward, and Liam Neeson nails the role of a grieving widower offering love advice to his adorable young son. Oh! And Bill Nighy as a (possibly?) closeted aging rock star ex-addict! We could go on and on. 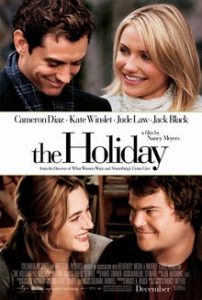 The Holiday (PG-13) — Cameron Diaz and Kate Winslet star as love-lorn women who decide to swap houses for the holidays in order to get away from their lives for a little while. It’s a classic country mouse/city mouse set-up that works as long as you don’t squint too hard. Jude Law really leans into his emotional support love interest role, and Jack Black is… Jack Black.

Why We Love It: The Holiday is the perfect brainless drivel for lazy afternoons when you just want to believe that true love is out there. 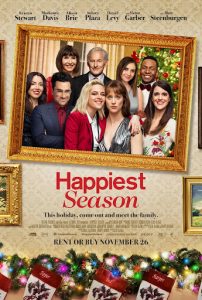 Happiest Season (PG-13) — This film is one of the most recent releases on our list, and it shows. The main characters Abby (Kristen Stewart) and Harper (Mackenzie Davis) are a lesbian couple, but conflict arises when Harper invites Abby to Christmas dinner… and then reveals that she lied about coming out to her family. Stuck playing it straight through Harper’s family’s dysfunctional celebrations causes their relationship to fray just as Harper’s family begins to fall apart as well.

Why We Love It: Apart from being a breath of fresh air in a genre of cloying clichés, we also love that it has Dan Levy. That man can do no wrong. 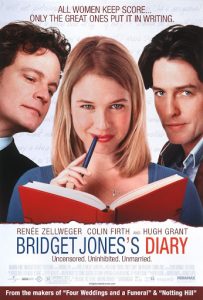 Bridget Jones’ Diary (R) — This movie is basically Pride & Prejudice, but cast with the most loveable comedic British actors available and starring a Renee Zellweger who positively melds into her character as a pudgy, single, London woman with impossibly bad luck. Hugh Grant is wonderful as a cad, and Colin Firth shines as Mark Darcy (a lovely nod to when he played the incomparable Mr. Darcy in the BBC Pride & Prejudice adaptation).

Why We Love It: Again, nothing says “Christmas” like cute leading men with British accents. Also, it has an amazing soundtrack, so it makes a lovely film to just have on in the background. 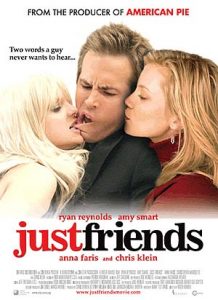 Just Friends (PG-13) — This delightfully not-Canadian (but really Canadian) rom-com starring Ryan Reynolds (:::swoon:::) and Anna Faris doesn’t really break the mold, but it deserves a mention due to Reynolds’ brand of sarcastic humor and his dedication to acting in a fat suit. He plays Chris Brander, a former-fat kid who had always been in love with Jamie Palomino but was forever destined for the friend zone. He grows up, thins out, and finds success in the music production business, only to find himself accidentally stuck in his hometown for the holidays while babysitting a nightmare of a recording artist (a delightfully unhinged Faris).

There you have it: the best holiday films that range from raunchy to romantic, and refreshingly free of cloying Christmas cheer. You might be thinking, though, that we’ve been remiss in neglecting to discuss one of the most important holiday classics. We haven’t forgotten. Please join us for our Almost-Comprehensive Holiday Movie Guide, Part III: What the Dickens?