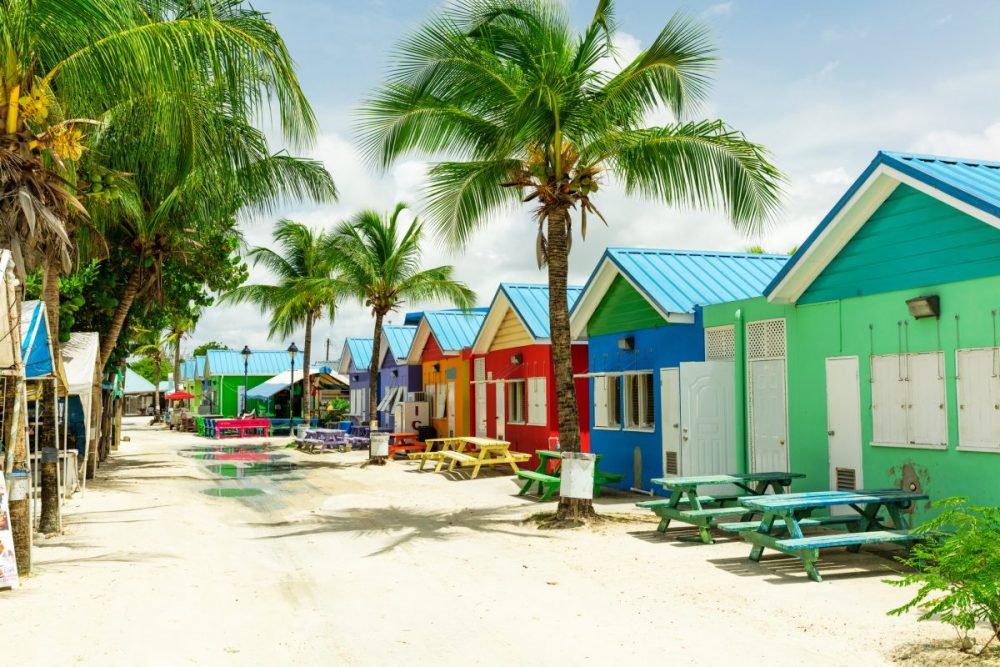 Home Travel International Barbados, A Perfect Getaway
Facebook
Pinterest
WhatsApp
Famed for its beaches and intimate high-quality hotels and inns, Barbados is the crown jewel of the Southern Caribbean. The very name Barbados has almost a rhythmic beat to it. The name is Portuguese, supposedly after the bearded fig trees which indelibly impressed the first explorers.

A hybrid blend of Africa and England set in the tropics, this “singular isle” combines British institutions, architecture and style with open African-style hospitality. Nowhere in the world have African and English cultures combined in such a remarkable synthesis.

Just 21 miles long and a “smile” wide, Barbados is an island of dramatic contrasts and offers many picture perfect terrains. The island’s shape has been compared to that of a ham or a pear with the stem pointing north. It has been nick-named “Little England” because its land, reforested with green and yellow yellow slopes of sugarcane reminds people of the English countryside. Driving on country roads through these sugarcane fields one hears a gentle rustling sound as the trade winds blow.

There are two distinct areas to take in and explore.The west coast of Barbados looking out on the Caribbean is a gentle area graced with pink and white beaches and deluxe hotels. This contrasts vividly with the rugged and ragged eastern facing Atlantic coast, known for world-class surfing and strong undertows. This coastline is complemented by fantastic panoramas , densely- foliated tropical gullies and breathtaking stretches of craggy cliffs.

Perceptive and intelligent visitors may gain a great deal just by traveling around and interacting. The islanders are exceptionally receptive to strangers. The islands great houses, churches and forts bring history to life to all who visit.

Lying as far east as Nova Scotia and on the same latitude as Senegal, Barbados is the most easterly of all the Caribbean islands and is 2000 miles south of New York City. While hurricanes are not unknown to Barbados the island seems to have an invisible shield sparing it from some of the worst storms.

Although Barbados is a relatively small island it offers many sightseeing opportunities. The historical architecture of the island’s buildings tells the story of its rich history. The traditional use of wood and coral stone is uniquely Barbadian. Jacobean, Georgian and Victorian styles dominate the landscape and these structures were mostly constructed with slave labor. As you travel around you will always see a very distinct style of dwelling called the chattel-house. These are small wooden houses dating back to the Emancipation when former slaves were allowed to build a house on plantation land. Because they did not own the land the house could not be built on a permanent foundation, in case it had to be moved.

The solution was to build a wooden house on a base of coral stone blocks so that they could literally move it if needed. Hence the name chattel house, as a man’s possessions were called his chattel. Despite its humble origins the chattel house evolved into a carefully planned structure with distinct design characteristics and intricate adornments. These houses, painted in bright and pastel colors dot the landscape.

Since the first settlement in 1627 Barbados remained an English colony until its independence was declared in 1966, resulting in a concentration of English design, modified by the tropical climate. This is reflected in the use of wide verandas and jalousie windows. The financial state of the country at various times also had a major influence on on building patterns. It is amazing to find at least 8 major 17th Century houses and several more from 1700. One of the most interesting structures is St. Nicholas Abbey, a plantation house built in 1658, and one of only three genuine Jacobean mansions in the Western Hemisphere.

There are numerous sightseeing opportunities on the island and a good place to start is the energetic city of Bridgetown, an important Caribbean business center and home to about 100,000 residents. The heart of the city lies on The Careenage, a narrow inner harbor at the mouth of  the  Constitution River discovered by an English expedition in 1625. Today fishing boats and pleasure craft now tie up to the wharfs where ships were once tipped on their sides to have their hulls cleaned and repaired. Waterfront cafes alongside make this a delightful spot to take a break and watch the world go by!

Near to the Careenage is a square known as National Heroes Square, which was previously named Trafalgar, with a statue of Admiral Nelson prominently displayed. One can see the long connection to England that is slowly being accompanied by a developing Bajan sense of identity and pride. A short walk leads to St. Michael’s Cathedral built in 1831 but on the site of a church dating back to 1625. George Washington is said to have worshiped there on his only trip outside what is now known as the United States.

Reflecting the diversity of the population of the early Barbados colony a synagogue was built in the 19th Century. This was the second to be built in the Western Hemisphere, with the first having been erected in Curacao.

Bridgetown possesses a vibrancy that many larger towns might envy. Its clamor and bustle reflect the industry and energy of the island’s people. Here you’ll find historical buildings intermingled with modern offices; dread-locked sprouting coconut vendors slashing open ripe coconuts with machetes for waiting businessmen dressed in business suits and ties, and hucksters hurrying to market produce riding high on their heads.

Barbados offers a myriad of places to visit, more than can be covered in this article, so I will limit them to a few of my personal favorites.

Having visited the island numerous times I never tire of driving over to the eastern shore and stopping at St. John’s Parish Church. Framed by frangipani trees it overlooks the Atlantic coast where waves continuously crash on the reefs 800 feet below. So dramatic and spectacular! This is the quintessential English church set in the tropics.

St. John’s interior is equally lovely with high-backed pews and a double staircase of light-colored cedar leading up to the organ gallery. The pulpit is made of 8 different hardwoods from ebony to mahogany. The original church was built in 1676 and destroyed by a hurricane in 1831. It was rebuilt in 1836. In addition to the magnificent views along the side of the church, to the rear, lie the graves of 17th and 18th C. planters lying beneath tombs worthy of emperors. I still hold the memory of one visit to this site towards dusk and walking up to church and hearing choir voices echoing in the surrounding air; it felt magical and surreal.

While sun and sand are some of the main reasons people choose a holiday in Barbados, when they return home one of their distinct memories may be of the food. Barbados has a high culinary reputation that includes a wide range of delicious Bajan dishes.

One of the most memorable is flying fish and cou-cou. This dish is the local equivalent of the Sunday roast and must be experienced during a visit. The flying fish which is caught in local waters is fried or steamed; seasoned with Bajan herbs and spices in a rich gravy and served with cou-cou, which is made with cornmeal and okra.

Flying fish are abundant in the waters surrounding the island and while they don’t actually fly they do leap out of the water and can glide a considerable distance thus giving the appearance of “flying”.

A little known fact of both Bajan and United States history is the strong link between South Carolina and Barbados. Shortly after the restoration of the English monarchy under Charles II, a wealthy planter, Sir John Colleton petitioned the King for a land grant in the area that was to become Carolina.

Many Bajan’s who emigrated were lured by generous offers of land. Even today, the connections are apparent. Parish and street names; and Gullah, the dialect of Carolina’s coast and islands all reflect the Bajan heritage.

I would be remiss if I neglected to mention the famous rum of Barbados—Mount Gay. This is made exclusively on the island in the world’s oldest commercial rum distillery beginning in 1703.

Barbados offers a sophisticated vacation and should definitely be considered for your next Caribbean holiday. More than just a beach vacation Barbados has something for everyone!