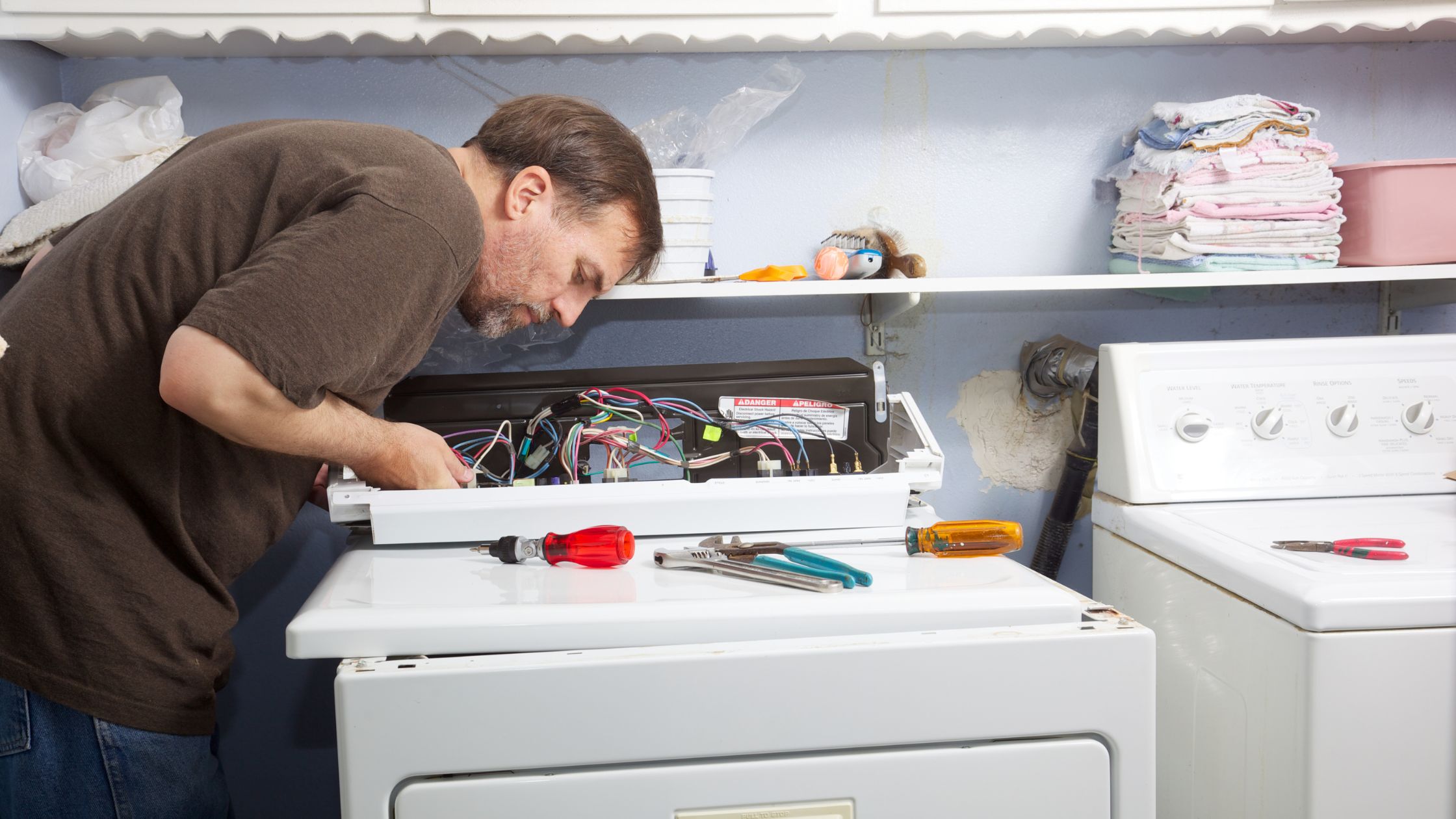 What you need to know about your appliances’ lifespan

New appliances can feel like a fresh start, but they can also be a huge investment, one many of us typically put off as long as possible. Most major home appliances have a lifespan between 10 and 15 years. So how do you know when you need to replace something, as opposed to getting it repaired? We talked to Alan Ayers of Crisafulli Bros. Home Services and Gary Cornwell of Cornwell Appliance, both in Albany, to get the scoop on how to tell the difference.

Cornwell Appliance has been in business since 1948, while Crisafulli Bros. was established in 1939. When the appliance was built is a critical marker, says Cornwell. Many older appliances were designed to last, or at least to be something relatively easy to repair. You can’t really say the same about the newest iterations, says Cornwell, who has been in the family business for as long as he can remember. “It’s sad, really. If you remember years ago, you know, my parents had their washing machine for 20, 30 years,” he says. “But now, for the quality they make for $599, they call me within a year on the new ones.”

Ayers agrees, citing hot water heaters as just one example. “Hot water heaters used to last a lot longer, but over the past few years the lifespan has decreased significantly. That happened for a number of reasons, but now they need to be replaced much, much sooner than they used to, like every seven years or so. We as consumers are at fault, really, because we want to cut costs and save money, so the products just aren’t built as well,” he says.

So the question remains: When do you repair a major appliance versus replace it? Cornwell offers this advice: When you start to notice something is off—such as a strange new sound or your water bill creeping up—it’s time to call an expert. Get an estimate for a repair, and then follow the 50/50 rule. If the appliance is more than halfway through its typical lifespan, and it will cost half as much to repair as to replace it, just replace it. Or at least, that is true about any appliance bought within the last decade or so. If it’s one of those solid workhorses from a previous generation, you could have a good shot at a lasting fix, Cornwell says.

As with many objects, the best way to save money is to focus on maintenance. The cost of a technician coming to diagnose a problem can seem prohibitive, but a few small fixes over the years is still cheaper than buying a new appliance every time an issue develops.

Cornwell says that one of the most common problems he sees is refrigerators straining to keep things cold, especially in the summertime. Sometimes, it’s an easy fix you can do yourself. “You should periodically take the grill off the front of the fridge, at the very bottom. It’ll pop right off and you can see that it’s loaded under there with dust and lint and pet hair,” he says. “That’s gonna burn the motor compressor out, because the air can’t get through. It’ll save you $500, doing that quick maintenance instead of having to replace a whole motor.”

With some appliances, keeping track of when you last replaced the item is another important step. Water heaters, for example, will need replacing regularly and a lot sooner than you may think. Waiting for a water heater to fail before taking any action can end up costing you more, as a burst tank causes a big mess and costly cleanup. Ayers says people should “start budgeting for a replacement after about seven years, which may feel really quick—but waiting for much longer will cause issues.”

Ayers recommends that people—particularly those 55 years and older, who may not have a house full of people anymore—opt for the tankless option when replacing their water heaters. “They do require a little bit more maintenance, but the energy savings and efficiency will end up saving you money and last a few years longer as well.”

Whether to replace or repair an appliance depends a bit on the appliance itself. Here’s a cheat sheet for weighing your decisions.

• Microwaves are relatively affordable, so it’s usually cheaper to replace one than to pay to have it repaired. The same goes for coffee makers and other smaller kitchen appliances.

• Dishwashers should have a lifespan of about 10 years, but the level of cleanliness they can achieve will slowly decline over time. If yours starts making loud noises, leaking, or emitting a funny smell, it’s time to call in a technician for an evaluation.

• Stoves and ovens typically should last up to 15 years, or even longer in the case of gas ranges. That said, you shouldn’t take any chances with anything that can catch fire. Many stoves and ovens come with warranties, and it could be well worth your time to pay for parts and labor rather than invest in a whole new setup.

• Refrigerators are a necessity, and if they’re not working properly it can end up costing you a fortune in spoiled food. Most models should last up to 13 years, but many will develop some common problems over time. Changes to look for include visible condensation, excessive noise, frost buildup in the freezer, and whether or not the back of the refrigerator is hot to the touch.

• Washers and Dryers should also last about a decade, but it’s easy to tell when they aren’t working well anymore. For the washer, call a technician if there is water leaking on the floor, excessive noise, or if water no longer fills the drum. For dryers, call someone if the clothes aren’t drying, or if there is a burning smell when it’s in use. Dryers are another appliance that you don’t want to take chances with, because they are one of the most common causes of house fires.

• Water Heaters are tougher to gauge. Generally, they last 10 years or so, but if you’re noticing a problem odds are that it’s time for replacement. Problem signs include leaks under the water tank, water discoloration or odor, weird sounds, or an inability to maintain a steady temperature.

• Furnaces or Forced-air Systems have an average lifespan of about 15-20 years, depending on maintenance and usage. Typically, signs they are nearing their expiration date include poor air quality in the home (excess dust or humidity), rising energy bills, odd noises, and needing frequent repairs for malfunctions.