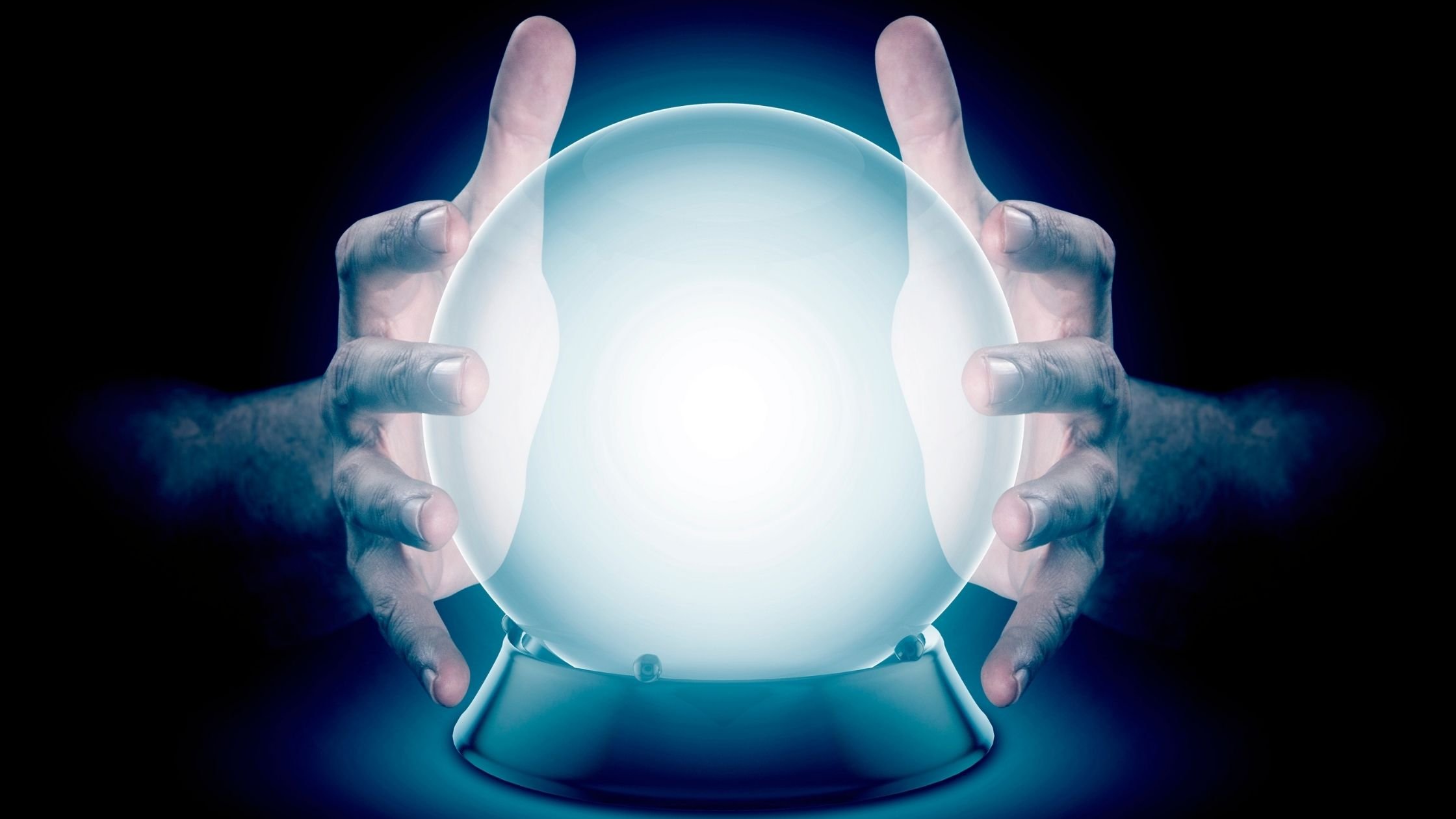 The experts weigh in on aging trends and the economy

Picture this. It’s 2032 and you’re 10 years older — and wiser — maybe with a few more dings and scrapes, and hopefully a lot more gifts and blessings. Congratulations! You’ve made it another 10 years.

In the next decade or so — as the last of the baby boom generation reaches age 65 — the older population is expected to double in size and, for the first time in U.S. history, outnumber every other generation, including children, according to data from the U.S. Census Bureau. One in every five U.S. residents will be retirement age; in New York state, one in four will be 60 or older.

“The growth in the older population is fundamentally a success story from a public health perspective — new advances in medicine and living standards have led to longer life expectancies,” says Mark Mather, associate vice president for U.S. programs at the nonprofit Population Reference Bureau, a Washington, D.C., think tank, and principal author of the 2016 report, “Aging in the United States.”

In addition to the graying of boomers — those of us born between 1946 and 1964 — researchers say a drop in fertility rates and a consistent increase in life expectancy are colliding to create an unprecedented worldwide demographic shift.

“Ultimately this is a good thing,” says Mauro F. Guillén, author of the book, 2030: How Today’s Biggest Trends Will Collide and Reshape the Future of Everything. “We’re going to have a lot of political power in the sense that we’re the largest age group. I think also with the new technology and all the changes we’re seeing, we’re going to have a much better quality of life.”

What qualifies as “old” is no longer the same as 30 years ago, says Guillén. “It’s important that we not think about this group as we did our grandparents. We’re going to live longer and be in better shape. We now have therapies that will prolong our lives and technologies that will make our lives better.”

But, warns Guillén, a former professor of the Wharton School of the University of Pennsylvania and now dean of the business school at England’s University of Cambridge, we must start preparing in earnest now for the graying of America that’s to come.

“Are we doing enough? Probably not,” says Guillén in a phone call from Madrid. “The things having to do with budgets and taxes, Social Security and Medicare, politicians don’t want to deal with it right now because it’s toxic. I don’t think there’s enough clarity or enough reliable information being fed to people on how important it is to address these issues now rather than waiting.”

Still, living longer is overall good news, says Carmen L. Morano, a professor at the University at Albany’s School of Social Welfare and an expert on aging, adding, “The bad news is you can live longer.”

The shift is nothing new — boomers rattled the country’s school systems when they entered elementary school in the 1950s, and their numbers wildly affected unemployment rates and job prospects when they joined the workforce in the 1960s and ’70s.

“We’ve known for a while that the aging of our population is going to have a massive impact,” says David Sandman, president and CEO of the New York Health Foundation, a nonprofit grant-making agency focusing on the health of the state. “What we’ll see is a double whammy. As the population is aging and will require more health care, the supply of health care workers is shrinking as they themselves are retiring or leaving the field.”

Here are three major themes of change affecting the graying population in the 2030s and beyond:

Companies will be faced with a major shift in workforce demographics in the coming decades, according to a U.S. Senate study, “America’s Aging Workforce: Opportunities and Challenges,” published in 2017.

That gap will continue to widen, and employers will need to adapt to train, hire, retain and support qualified older workers while addressing the concerns of an older workforce — age discrimination, inadequate training opportunities, working while managing health conditions and disabilities, balancing caregiving responsibilities and preparing financially for retirement.

“I think there’s inevitable change coming as companies recognize that this cohort can still bring a lot to the table,” says Morano, who is 72 and says he has no plans to retire. “I also think we’ll be working longer, producing more and contributing more. Some because we have to, and others because we have talent.”

Fewer of us will go from full-time employment to full-time retirement, the Senate report predicts, and more will put off retirement entirely in favor of a career change or part-time work.

“The gig economy we’re seeing now will have a positive effect for people over age 65 who still want to work,” says Guillén. “I think if we live longer and stay fit longer, we’re going to have to work longer because we may not have enough savings.”

Morano adds that with fewer people in the workforce, spending will decrease and manufacturing and delivery of goods will respond accordingly. “The reality is as we move through the system, the demand for whatever’s being produced and delivered is going to subsequently decline,” he says. “If fewer people are in the workforce, there are also fewer out there buying things. So we’ll see this spiraling effect on the economy.”

That financial impact will continue until we begin to draw our money out of retirement accounts, he says.

Most of us will need at least some type of support as we age. As the COVID pandemic has shown, many state systems are unprepared for a surge in patients.

The impact is already being felt in New York and nationwide in the workforce shortages of geriatricians, health care and nursing home workers and geriatric social workers, says Morano. “Most of the data I’ve looked at talks about the severe shortages in these fields because demand is up and continuing to grow,” Morano adds. “This is exacerbated by the fact that the mean age of those serving in the field are approaching that retirement age themselves.”

The aging of the baby boom generation could fuel a 75 percent increase in the number of Americans ages 65 and older requiring nursing home care, to about 2.3 million in 2030 from 1.3 million in 2010, the Population Reference Bureau projected in its report, “Aging in the United States.” The surge will tax Social Security and Medicare, the PRB cautions.

“We’re already behind the eight ball,” says Sandman. “We were facing workforce challenges even prior to COVID but those have been accelerated. We were looking at shortages of geriatricians, shortages of nursing home staff, shortages of nurses in general, and it’s become even more of an uphill battle because of COVID.”

Sandman says it’s time to “reinvent a model for the home-care workforce,” and tackle the issues that plague the industry, including poor hourly wages, unpredictable amounts of work and not enough support and training. In New York, he says, efforts are underway to adapt and modernize the health care system and its approach to older adults.

The World Economic Forum surveyed 800 tech executives and experts from the IT and communications sector for its “Technology Tipping Points and Societal Impact” report. Its findings were futuristic, to say the least.

In the 2030s, some of us will be wearing technology-connected clothing, have tech-corrected vision, and use 4D projections instead of flat-screen televisions, computers and cellphones. Our driverless cars will “move with mathematical precision” without traffic jams or stop lights. “Accident rates are near zero,” the WEF experts predict.

“We’re going to have an older population who are a lot more digitally savvy than previous older generations,” says Sandman, of New York Health Foundation. Already we’re seeing a greater use of telehealth options and digital monitoring devices, which a decade ago were in their infancy, he says.

Human organs may be 3D printed, the WEF report said, and more than three-quarters of the tech experts polled said we’ll see the first 3D printed liver transplant in the 2030s.

“As our world changes, scientists believe that humans’ brains will continue to get bigger, our lifespans will increase, and our cultures will continue to evolve and merge as we adapt to new environments,” the WEF writes. “Today, you can have 20/10 vision with LASIK. Tomorrow, you may add infrared zoom lenses to your vision making 20/1 vision possible (hawks are estimated to have 20/5 or 20/4 vision).”

In her January 2022 State of the State address, New York Gov. Kathy Hochul vowed to join other states like California, Massachusetts, Texas and Colorado in developing a “Master Plan for Aging.”

The plan marks a historic effort to develop a comprehensive roadmap for systemwide change led by aging and disability providers, policymakers, advocates and experts, according to the Health Foundation for Western and Central New York.

New York became the first AARP Age-Friendly State in 2017 and the first Age-Friendly Public Health System by the Trust for America’s Health in 2021. Clearly, it’s doing something right.

However, Hochul says, “Even more action is needed for New York to maintain its place as a national model for aging care.”

A New Use for Malls?

In early May, New York Gov. Kathy Hochul cut the ribbon on Skyview Park Apartments, a new senior housing complex at the former Irondequoit Mall in Monroe County for residents 55 and older, with some apartments set aside for seniors in need of services.

It’s part of the governor’s $25 billion five-year housing plan that will increase housing supply by creating or preserving 100,000 affordable homes across the state, including 10,000 with support services for vulnerable populations, notably seniors.

“The entire Skyview project underscores the potential that exists with underutilized commercial properties and how they can be repurposed to benefit residents and businesses in our communities,” Hochul says.

Throughout the country, there’s been an evolution over the last few decades from “warehoused” nursing home care to assisted living and senior communities, says Carmen L. Morano, a professor at University at Albany’s School of Social Welfare and an aging expert.

However, he cautions, that “with variety, there’s also limited accessibility,” with the “haves” being financially able to take full advantage of the amenities and services offered, and the “have-nots” living alone on a fixed income or being cared for by the growing number of unpaid family members.

“We need to do something to bring the availability of these options to everyone and not just the top 5 percent of our society,” Morano says.

Aging in Place: Steps You Can Take Now to Prepare

How to Legally Provide for Your Pets