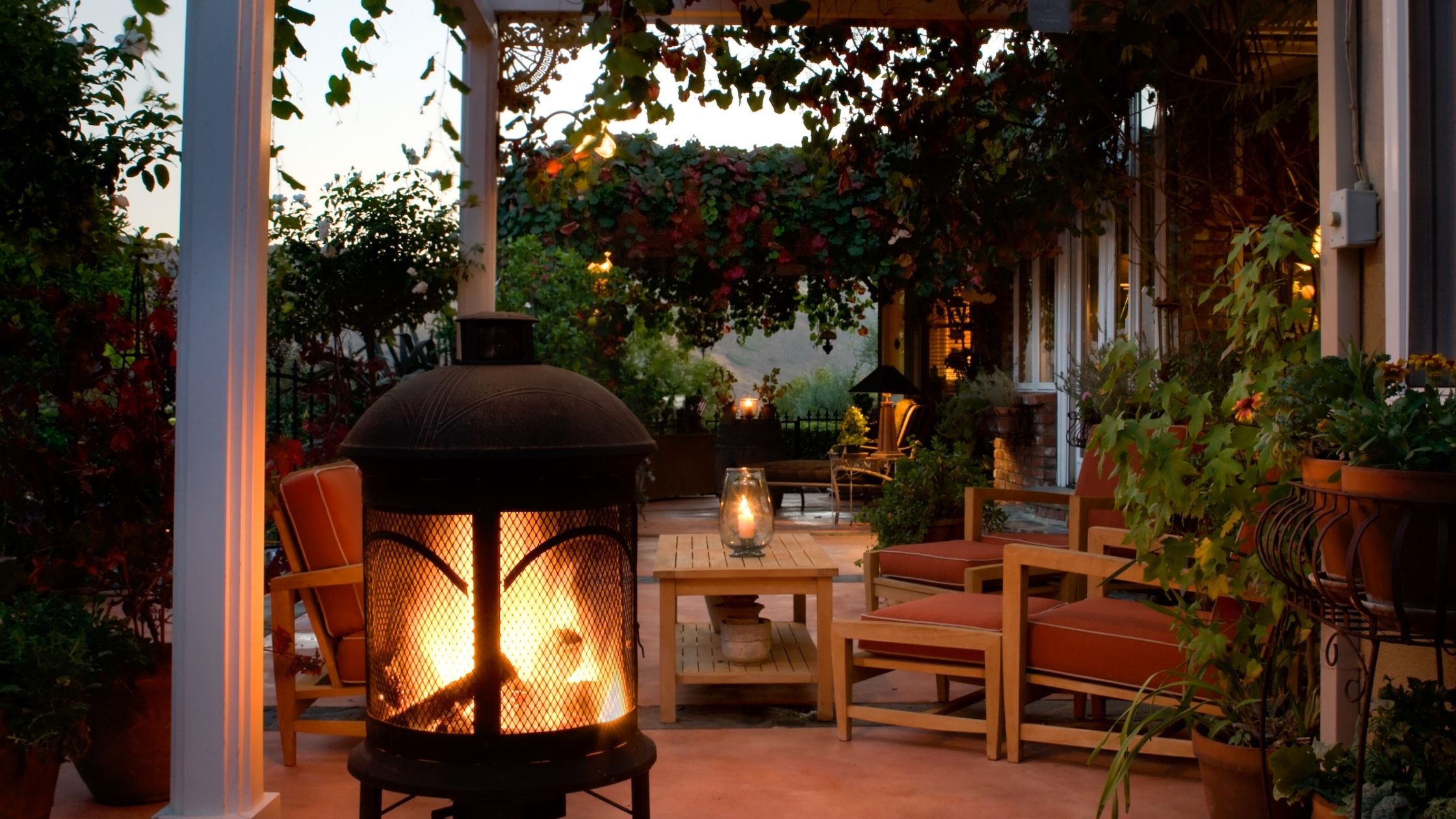 The great news is that backyard lighting can be as simple or elaborate as you want it to be. So first, let’s strategize.

Start with practicalities for your backyard lighting

The first step to lighting a backyard with pizazz is deciding what places make the most sense to light. Footpaths through the yard, steps and other perimeter lights are an obvious priority. As with all great design—interior and exterior—function should guide your approach. 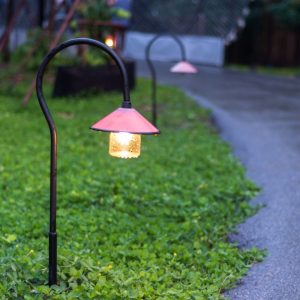 For footpaths, avoid a straight line out into the yard or else “it’ll look like Project Runway,” says Maria Bortugno of B Designs Interiors in Latham. Chart your path along the foliage and features of your yard to give a winding-path look. Flank the path with solar-powered LED stake lights, Bortugno says, which are inexpensive and can last a long time.

Which brings us to the next practical areas you’ll want to light: tables, sitting areas and the faces of your family and friends.

Horizontal lighting is used to mark footpaths by casting light across the ground, Maurer says. “Vertical lighting adds dimension and helps identify objects and faces.” Here’s where taller stake lights can play their part, as well as sconces, pendants and other hanging lamps and lights.

Rattan is in. Rope lights are (kind of) out. 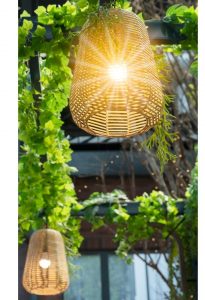 “Rope lights and string lights were a big thing for years,” Bortugno says. “They’re simple to use, especially if you have a gazebo, but I’m kind of tired of them!”

Bortugno prefers LED-lit umbrellas instead. “It’s such romantic lighting,” Bortugno says, and is especially great for yards without gazebos. “Natural woven pendants, rattan, grasses and wicker? They’re all in. And that’s fun because they go so well with nature.”

Maurer says the tone of light can also make a big difference: “Use warm lighting over cool lighting for a sense of intrigue,” she says.

And while rope lights on gazebos may be tried and true, Bortugno says a lovely alternative is to drape them throughout tree branches, which adds elegance and romance to the space.

Move the inside outside

“You want to keep in mind the architecture of your home and the design of your interior,” Bortugno says. “Your exterior and your interior need to go together.”

If your interior is midcentury modern, take the same approach outside. “It doesn’t need to be a matching set,” Bortugno says, but the styles should complement each other. Don’t pair midcentury with colonial, for example. “If you have all black lighting in your mudroom and all chrome outside, it’s not going to look pretty and it’s not going to flow,” she says. “So you want to take into consideration the feeling you get when you walk from outside into your home. You’re creating what I call outdoor rooms, so make sure there’s continuation.”

Bortugno loves outdoor chandeliers for a glitzy approach. But she warns about making sure they’re safe for moisture, heat and cold. “Look at the temperature settings to make sure it’ll work,” she says. “You don’t take these down. They stay up for 365 days a year.”

“You don’t have to have a lot of money if you have good taste,” Bortugno says. “There is a light in every budget to solve the same problem. If you want patio pathway lights you’ve got the same type of light in every type of range to solve your problem—from Target to Restoration Hardware. And the LEDs are the cheapest, but look magical.”

Maurer agrees, especially about the LEDs. “There are many decorative styles available,” she says. Plus, she adds, you can fill Mason jars with battery-operated tea lights, which are more affordable and can be suspended from tree branches and set on tables. Or “you can retrofit old weliers with solar lights.”

When plotting your lights—in the front and in the back—it’s important to note where they’re pointing. You don’t want lights shining into the windows of neighbors or into your own windows.

Maurer also cautions against high voltages. “Use low-voltage and LED lighting for highlights and to minimize the impact on our nighttime sky and reduce energy,” Maurer says. “Birds and stargazers will thank you.”

The 12 Best Podcasts for Book Lovers