Transitional periods like Spring and Fall are the perfect time to assess your closets and other junk-collecting spaces (we call them “doom drawers” in my house), as you’re switching out your seasonal items anyway. When you’re done, you’re probably going to be left with a pile of things that you don’t want anymore, but can’t quite throw away, either.

Thankfully, a dozen different sites exist online that offer a convenient platform for people to swap goods, request odd items, and give away goods that are perfectly fine but going to waste in doom drawers everywhere. It’s called freecycling, and we’ve figured out the five best sites to use if you want to find new homes for those items you no longer want or need. 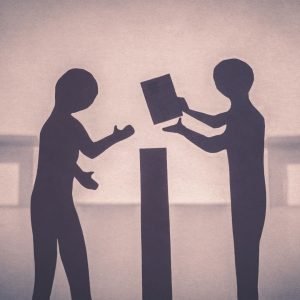 Freecycle.org was started in Tucson, Arizona in 2003, when Deron Beal sent an email to 40 friends and local nonprofits in the area to see if there was interest in creating a system for reusing local goods. Since then, the concept has spread to more than 110 countries, with thousands of local groups and millions of members. According to their website, the people using Freecycle.org have kept over one thousand tons of trash a day out of landfills.

Membership is totally free, so when you sign up you can join one or more local town groups, and you are given the option of creating your own Friends Circle by inviting friends. (This is encouraged, but not required.) You then make posts about items you want to gift or receive, other members reply, and you’re off and running.

We’ve covered this in its own article already, but the wonders of Buy Nothing bear repeating here. This nationwide group is well established and organized, with many towns and cities offering several local options. The page administrators take their (volunteer) jobs seriously and act quickly to avoid potential conflicts, and the Facebook platform works well to keep disingenuous actors at bay. Specific language is highly encouraged to ensure clear communication between all users, and the group promotes inclusion of all people, so special effort has been made to accommodate those with physical or transportation-related limitations. For those in the Capitol Region, local Facebook sites include Buy Nothing Albany and #2 Buy Nothing Albany  (we didn’t say they were creative.) They have also developed an app version for those who prefer to stay off Facebook. 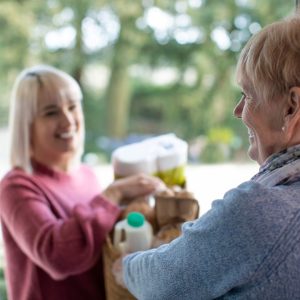 Sharebay.org works similarly to other freecycling groups: you join a community, create a post that lists something you’d like to give or something you’d like to receive, and then it’s up to other people to respond accordingly. One thing that separates Sharebay from others, though, is that it logs every transaction that happens. They use this record — which is public — to ensure transparency and promote trust within the community. Each completed transaction is recorded as a “gave” and “got” score to the giver and receiver respectively. These totals are then displayed on every member’s profile page as a Trust Score and Transaction Record.

This may seem a little Big Brother-esque, but if you’ve freecycled before you know that it stems from an unfortunately common experience: someone claims an item and then “ghosts” (i.e.: never comes to pick it up), or someone offers an item that is broken or doesn’t exist, leaving members frustrated and distrustful. This system evolved to promote a safer environment, and honestly, we applaud it.

Craigslist was one of the first websites developed for the purpose of people re-selling commodities and investing in second-hand goods. It has gotten a bad name because it also lent itself to being a convenient place to sell illicit items, bad deals, and host scams. However, many good and well-intentioned people list free items on Craigslist because they are unaware that other (maybe more trustworthy) platforms exist for that purpose. So, if you are canny and practice basic common sense, you may find it is a wonderful and underused resource for exchanging free things.

Under the “For Sale” heading is a link to free items (this one goes directly to the local Albany site), and you can find items ranging from washer and dryer sets (working!) to dismantled ceiling fans. Because some shady characters are known to use Craigslist, there are a few recommendations for how to perform hand-offs. For example, do the exchange in a public area such as a grocery store parking lot whenever possible, and try not to meet strangers alone. 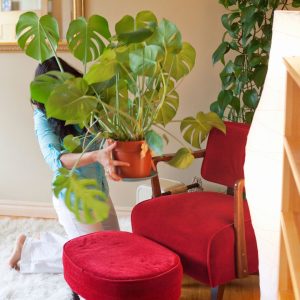 Designed to make freecycling easier, Trashnothing was developed by Andrew Trusty, who was frustrated by how hard it was to keep track of all the different groups in which he participated. Many users found that existing groups led to spam and email overload, and it became impossible to manage. (Many freecycling groups rely on email notifications when people post, especially if they aren’t supported by a larger social media platform. As you can imagine, if you get an email every time someone posts in a thousand-member group, things can quickly get out of hand.) Since the point of freecycling is to facilitate people easily reusing items, he made this site as a way to organize and limit the excess communications.

Trashnothing is self-described as “simply an alternate interface for existing freecycle groups around the world.” You get your own email box on the site, and as your emails from various upcycling groups come in they are color coded in terms of whether they’re offers, wants, takes, or receives. You can filter out which type of emails you want to receive and set up alerts for specific items.

Author’s Note: Before you do any freecycling, do some Googling. There are groups that masquerade as charities or freecycling communities that are pretty suspicious, or perhaps just not well-established enough to be trustworthy. (FreeFong came up in a bunch of searches, but the website sets off all kinds of internet security alerts, for example. And Freegle pops up as a top-ten freecyling app, but very recently became only available in the U.K. despite several articles recommending it to U.S. users.)