Sometimes texting or email is not the way to go

It has become commonplace to call a loved one from just about anywhere in the world and immediately receive the gratification of hearing their voice or even seeing their face—a technology that was still considered science fiction only a few short years ago. So why bother with the antiquated form of communication that involves handwriting a letter or card? Here are three reasons to consider putting pen to paper.

As it turns out, kids aren’t the only ones who enjoy getting stuff in the mail. It’s always nice to see a bright envelope amongst the bills and mailers that tend to clog our boxes, and it always induces a bit of joy to get something unexpected. 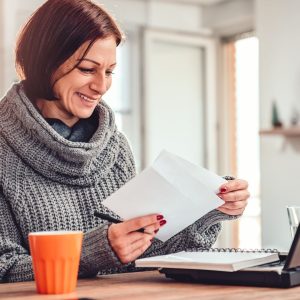 And, unlike calls, texts, or emails, a written letter or card can be physically handled and saved as a memento, instead of hiding somewhere in the depths of an inbox. Hand-written letters are keepsakes, to be stumbled upon when opening a cluttered drawer or going through old photos. They will continue to elicit joy each time. Museums are filled with such letters that at the time may have seemed pedestrian but now reveal glimpses into historic events that are invaluable. As far as we know, there aren’t many exhibits displaying printed-out text messages, because they just don’t have the same impact. (Well, to be fair The Daily Show created a pop-up exhibit of Donald Trump’s tweets as a tongue-in-cheek poke at his preferred method of communicating with his followers, and it had wide success. But this seems like a rare exception to the rule.)

Of course, the content of the letter makes a difference, but generally, people don’t take the time to write hate mail. (At least, we don’t.) Most of the time, letters and cards express gratitude or words of encouragement that might be awkward to say in person. I have a friend who sends me notes a few times a year, and they’re always quick, little reminders of the things she values about our friendship. I tear up every single time because let’s face it: people don’t say those things often enough, and we only rarely get to hear them. This way, I can keep them all stashed in a drawer to peruse whenever I’m feeling a bit down.

Letters are Good for Your Mental Health

The recipient isn’t the only person to derive benefits from a handwritten letter. Kent University Professor Steve Toepfer conducted a study in 2007 to determine whether there are psychological benefits to writing letters of gratitude. Participants had to write a letter of gratitude to anyone they wanted, as long as it was meaningful and heartfelt. The results were overwhelmingly positive:

“As they wrote, up to three letters, results showed increasing benefits,” Toepfer noted in the study. “The more letter-writing people did, the more they improved significantly on happiness and life satisfaction. The new and potentially important finding is that depressive symptoms decreased. By writing these letters — 15 to 20 minutes each, once a week for three weeks to different people — well-being increased significantly.” 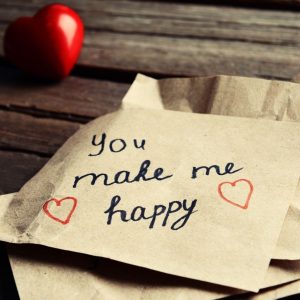 Part of the reason people were happier is because they were taking the time to be introspective and tap into feelings of gratitude, but they also were using those moments to solidify and improve upon already existing connections. The reason it feels so much more impactful is because it’s so much more personal.

A letter is also a great way to get something off your chest because it gives you the time to sort out your thoughts and make sure that your meaning is clear. And, if it is deeply personal, it’s less likely to be forwarded on at the touch of a button. It can be cathartic to write a letter to someone, and the best part is, if it turns out it’s something better left unsaid, you don’t need to mail it. 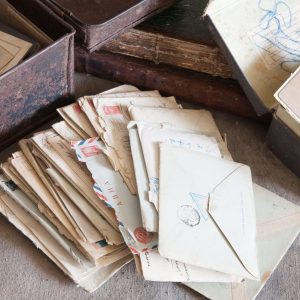 Handwriting can elicit strong feelings of nostalgia and enhance a connection between people in a way that computer fonts cannot. When I’m able to visit my parents’ home, I love to read the whiteboard that is kept by the kitchen phone (both are antiquated communication devices, I acknowledge, but it works for them) and analyze who left which note. My father’s chicken scratch brings fond memories of the scribbles he decorated my paper lunch bags with every day. My mom’s rounder, more artsy script evokes memories of watching her doodle on the back of envelopes while on the phone with a friend. My most treasured family heirlooms are the handwritten recipes by grandmothers and great-aunts long gone because they aren’t some index card with a computer print-out. Their hands touched those cards and painstakingly transcribed the amounts and ingredients. The oil spots and splotches of sauce are evidence of that card sitting on a countertop while that person prepared the food, and as such it’s a tiny, physical connection. The individual touches are what make even the smallest things valuable, and this goes for correspondence even more so.

So this is your sign to go out and splurge on a pretty stationery set (or to pull the ones out that you’ve had forever and forgotten to use.) Jot a note to an old friend, or words of encouragement to someone who seems like they might need a pick-me-up. It only takes a few minutes, and both of your days will be better for it.